Apple introduced the Picture-in-Picture (aka picture-in-picture) feature when it launched iOS 14 in 2020, allowing users to multitask while watching videos as a minimized window somewhere on the screen. screen.

By August 2021, this feature will begin to be tested by Google on the YouTube app for iOS and iPadOS, but limited to those who have subscribed to the YouTube Premium paid service plan. 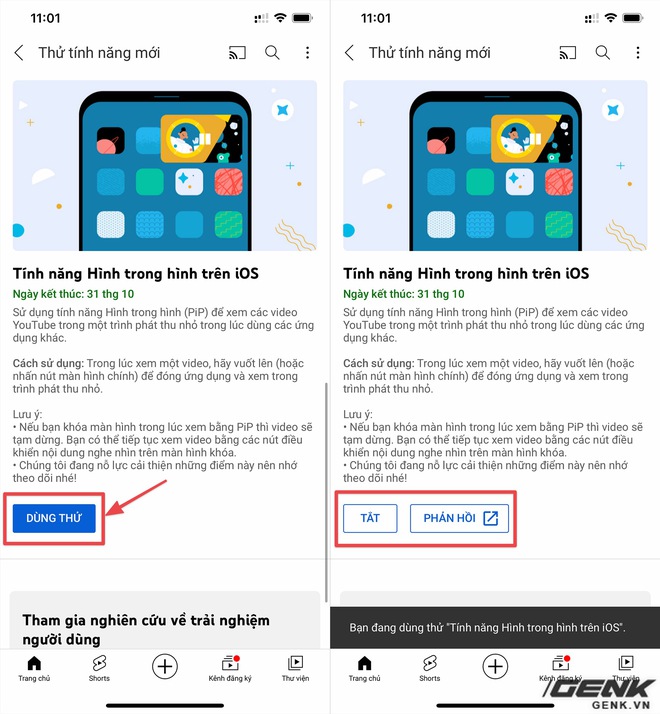 Last weekend, YouTube removed information about the Picture-in-Picture feature from the test site. “Lucky” users who have enabled this feature in advance can continue to use it as usual. However, if you haven’t enabled it in beta, you won’t be able to use PiP on the YouTube iOS app for now, even if you’re already a Premium member.

However, this is probably good news for those who are using iPhone and iPad. In an article posted on Twitter, YouTube Just confirmed that it will officially roll out the Picture-in-Picture feature on iOS devices via the app in the next few days, available to all devices running iOS 15 and above.

This also means that the Picture-in-Picture feature will probably roll out to both “free” and “paid” people as Google promised before, as long as the iOS device they’re using. The application is updated to iOS 15 operating system.