Welcome back to a classic experiment conducted by German-American psychologist Wolfgang Kohler.

In 1929, Kohler brought two nonsense words “baluba” and “takete” onto an island off the coast of Spain. He then drew two random shapes (one with lots of circles and the other with sharp corners) and asked the locals to choose a name. for them. 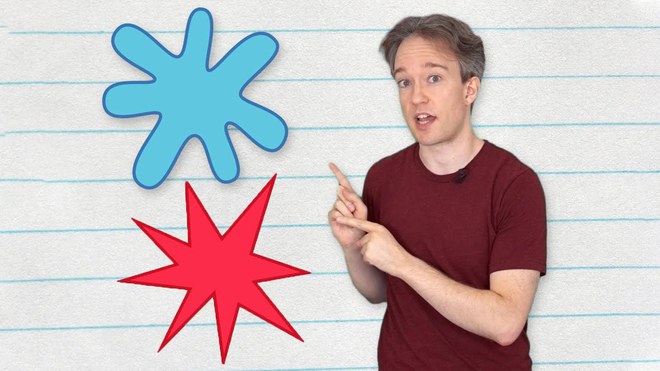 Nearly all Spanish speakers choose “baluba” to call shapes with lots of circles and “takete” refers to pictures with many sharp corners. How about you? Do you agree with them?

Scientists bet you would name them the same, no matter what language you’re speaking!

The “bouba” and “kiki” effect

In 2001, Vilayanur Subramanian Ramachandran, an Indian-American neuroscientist, was intrigued by Kohler’s experiment. He repeated it on two groups of students, one group of American students and the other of Indian students. Two similar drawings were created, but the names were shortened to “bouba” and “kiki“.

As a result, 95-98% of students in both groups chose the name “bouba“for the image to have more rounded strokes”kiki” for images with many sharp lines.

The experiment is called “bouba and kiki . effect” This was then widely tested in more than 20 languages ​​and 10 different scripts around the world. All gave the same results. Even in languages ​​that don’t use the Roman alphabet. Codes like Japanese and Georgian, people still tend to choose “bouba“for the remaining circles”kiki” for pointed shapes.

The scientists even designed experiments specifically for babies between 4 months and 2 and a half years old. As a result, children also tended to choose round objects when adults said “bouba” and select pointed object when heard “kiki“.

It all seems to suggest one thing: Our unconscious has associated certain words, or more specifically the sound of words, with the abstract images it can produce.

Now, let’s try another experiment. Imagine you meet these four strangers at the airport. During the tiring waiting period, you come up with a fun trick to try naming them. What would you call them?

We also tend to associate names with their personalities. For example, a person named Jono with a round face is usually more gentle, easygoing and generous. While someone named Kirk would have a sharp and determined personality.

Effect “bouba” and “kikiThis has been used very well by Disney animators in creating their characters. That’s why you will see in Disney movies, villains like the witch often have pointed faces, triangular eyes, while gentle characters are usually fat, have round and chubby faces.

Why does our unconscious think that way?

In 2019, two French scientists Nathan Peiffer-Smadjia and Laurent Cohen published a study in the journal Neuro Image explaining the effect “bouba” and “kiki” from a neuroscience perspective.

They asked volunteers to lie down on a functional magnetic resonance imaging (fMRI) machine, and then showed them pairs of images with their names emitted from a loudspeaker.

When the circular pattern is concatenated with “bouba” and the pointed shape is paired with the word “kiki“, Peiffer-Smadjia and Cohen observed spontaneous activation in the brain areas that process images and sounds in volunteers.

This is the cognitive pathway that the brain uses to perceive phenomena according to common sense and logic. For example, when you hear a car horn and a car appears, the image and sound processing areas will synchronize with each other. 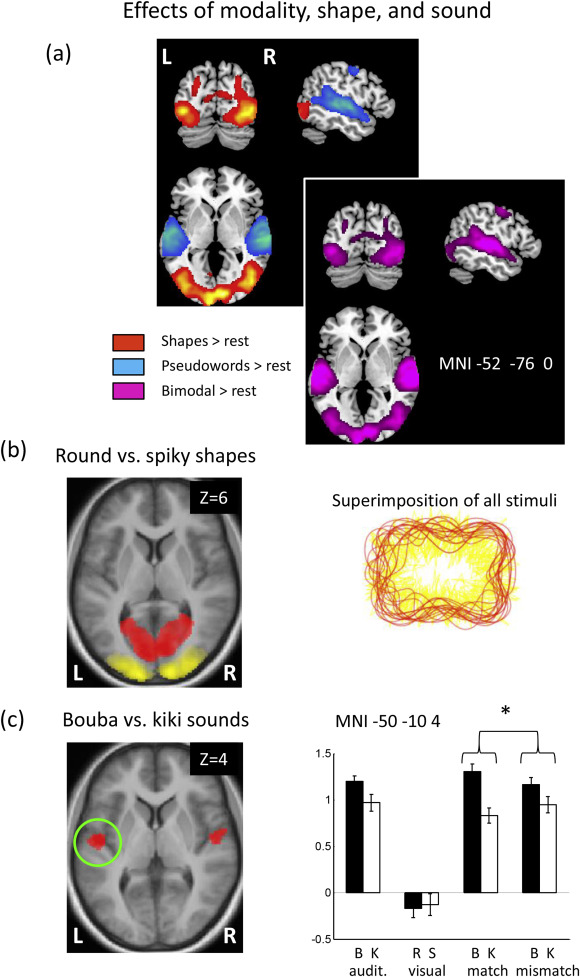 Whereas, in contrast, if a car horn were emitted by a motorcycle, these asynchronous signals would activate the prefrontal cortex, which is responsible for processing counter-intuitive perceptions.

Now, you will have to solve a difficult task to explain the confusion from the outside world. This is also what happens when volunteers hear the sound.”kiki“but see a circle, or vice versa”bouba” but paired with pointed shapes.

Peiffer-Smadjia and Cohen use their findings to confirm the effect”bouba” and “kiki” have their roots in the unconscious processing of information in our brains, but they don’t explain why the brain forms that unconscious pathway.

One hypothesis is that the typeface, such as K in the Roman alphabet languages, has many sharp corners, while B has many rounded strokes, creating a correlation association.

In addition, when saying “bouba“, our mouth tends to form a circle. When we speak”kiki“, it tends to produce sharper shapes. Scientists suspect these connections have been around since humans began developing their language systems.

Accordingly, our ancestors did not use words with random sounds to call things. There’s some logic behind how they created ancient languages, and then gradually evolved them into today’s modern languages. 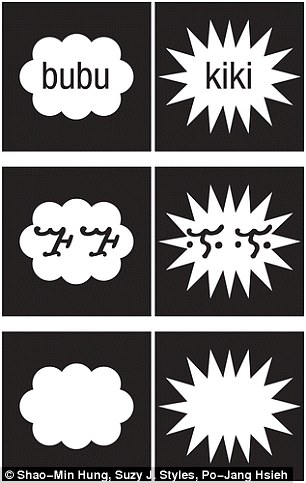 Initially, when the number of words is small, the logic of linking images and sounds can appear throughout the language. But as the number of words increased, humans began to break their logic to accommodate that expanding need. This causes the association of sound and form to gradually become blurred in modern languages.

But it has not disappeared completely, but still exists somewhere in some vocabularies and some languages. For example, researchers have found that Japanese, Korean, Southeast Asian languages, and indigenous languages ​​of South American Aboriginal and Australian Aboriginal people rely heavily on pictographic and onomatopoeic relationships.

The puzzling point is that Indo-European languages ​​like English do not have this dependency. The peoples of Europe seem to have used random words to refer to objects and phenomena around them. This has been pointed out by the American biologist John L. Locke since 1960.

Is there a better explanation for the effect?bouba” and “kiki” here? Maybe we’ll have to wait for more future studies to answer that question. For now, just enjoy the effect as a strange mind magic trick.