Billionaire Elon Musk, who is famous for his shocking statements on Twitter, continues to attract the attention of the public. On November 14, Tesla CEO had a response to US Senator Bernie Sanders about paying taxes by the super-rich. 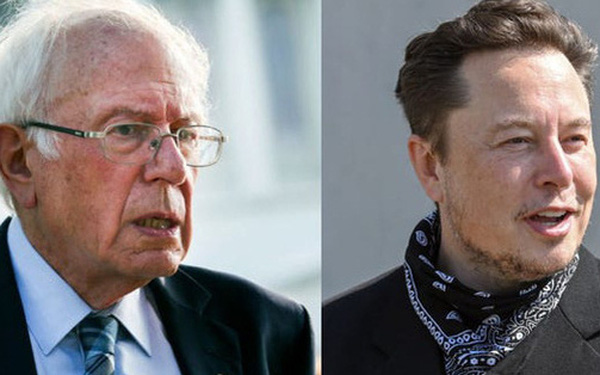 Senator Sanders posted on Twitter that the ultra-wealthy need to pay their taxes to be fair. Billionaire Elon Musk responded to the 80-year-old senator: “I forgot you were still alive.” 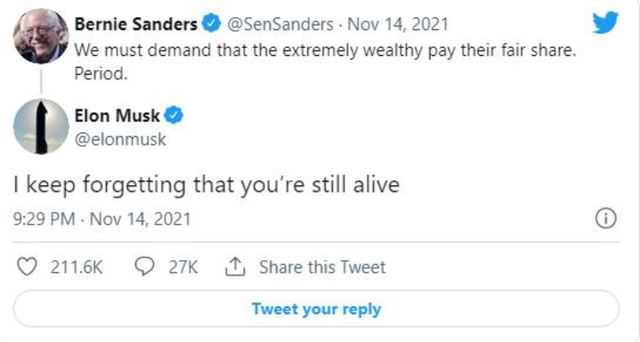 Elon Musk responded to another user’s joke about Sanders with a smiley face and said he was ready to sell more of his Tesla stock. Musk wrote: “You want me to sell more shares, Bernie? You just need to say one sentence.” 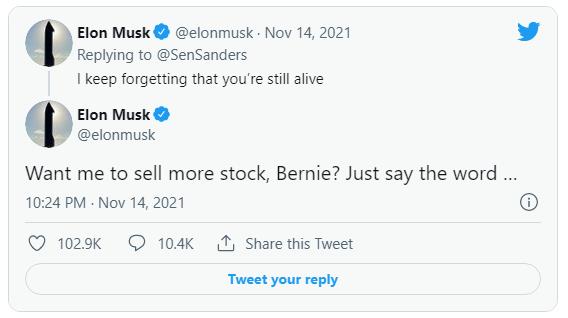 According to information from the US Securities and Exchange Commission (SEC), Elon Musk last week sold nearly $ 7 billion of Tesla shares. Earlier, Elon Musk also conducted a poll for Twitter users to vote on whether he should sell 10% of his shares or not.

In fact, Elon Musk has been planning to sell shares since 2 months ago. Elon Musk faces a $15 billion tax bill on stock options that expire next year. This may be the real reason Musk considered selling 10% of Tesla in the first place.

Tesla’s stock value skyrocketed during the pandemic and Elon Musk became the richest man in the world. At the same time, this billionaire also repeatedly criticized the Democratic billionaire’s tax proposal, which could cost him $ 10 billion a year if the proposal passed.