Niki, 27 years old, living in Texas (USA), is an American streamer not so well known. On Twitch, which is also the streaming platform on which Niki operates, she has just over 10,000 followers. On some other social networking platforms such as Youtube, TikTok, Instagram or Twitter; Niki also only has a few thousand followers.

However, Niki suddenly became a phenomenon in Vietnam. Her followers doubled, reaching nearly 23,000, in just over 1 day. Niki’s live stream has at times reached nearly 3,000 concurrent viewers, a number she has never achieved before. The comment section on the livestream is dominated by fans from Vietnam.

It all started with the video being spread on Facebook fanpages in Vietnam. During a stream, Niki played the role of a nun and listened to “confessions” from viewers. One of those stories, involving a fish, has attracted attention because of its tragic comedy. 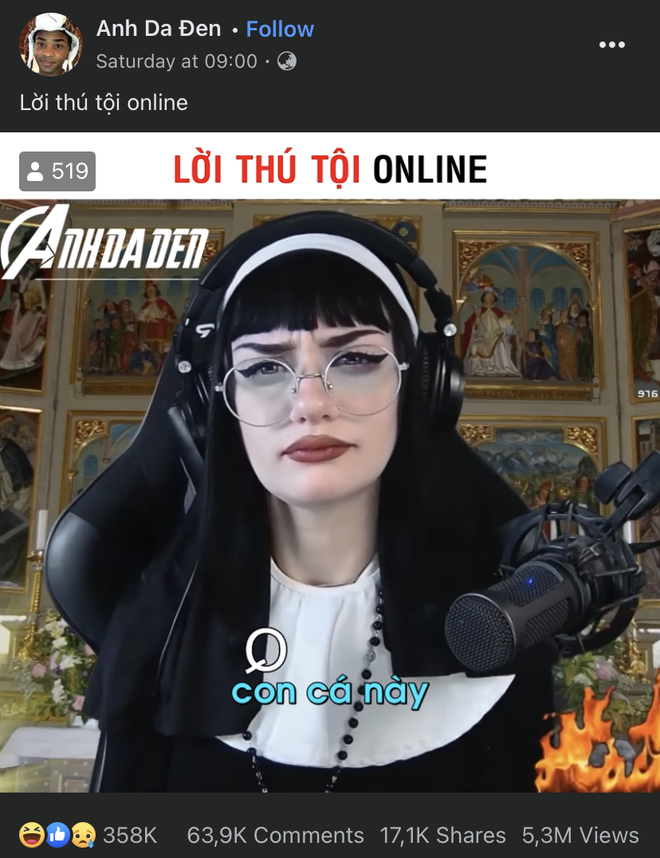 The video posted on the fanpage of Mr. Black has attracted a “huge” number of views.

Although he became famous in Vietnam by being Black Brother posted the video, but Niki feels unhappy with the people who manage this fanpage. Because, not only fanpage Black Brother arbitrarily used this video without crediting Niki; but this fanpage also edited to remove her watermark and insert the watermark of the fanpage. In addition, the video also flipped (flip) and distorted the audio, a common practice to “evade” the platform’s automatic copyright scanning tools. 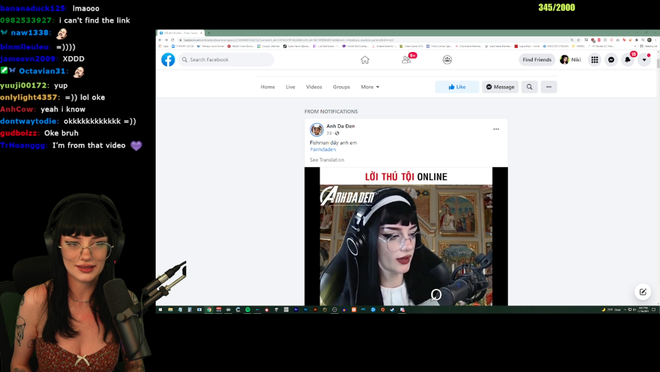 “They didn’t credit me at all. In fact, they did the exact opposite. They cut my name out of the video and included their own.” Niki said on the livestream.

The video is brought to the admin of the fanpage Black Brother revenue, when Facebook has a mechanism to pay for fanpages when it has a certain number of viewers. In addition, the administration of Black Brother Also posted in the comments the “affiliate” earning links of an e-commerce platform to get more revenue.

Refer to other videos of Mr. Black, almost all of which are from content creators from abroad, but not a single video is credited and has its own fanpage watermark. . However, this fanpage has been operating for many years without any problems, even with a huge amount of interaction. On average, each post by Black Brother receive from a few dozen to several hundred thousand reactions on each post. 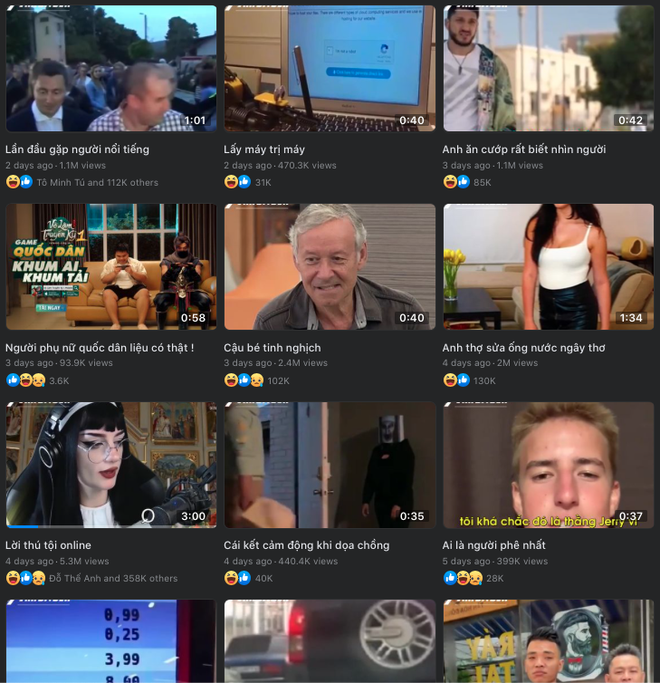 Copyright infringement is a situation that has been rampant on Facebook over the past time. Unlike Youtube, the social network of billionaire Mark Zuckerberg has not yet taken drastic actions to prevent this.

Previously, many fanpages hiding in the form of “film reviews” were condemned for serious copyright infringement. Instead of “reviewing” the movie, this fanpage summarizes the entire movie content and uses many copyrighted images, seriously affecting the filmmakers.

While the copyright issue of popular movies with the backing of major studios is still unresolved, obviously, it becomes even more difficult for independent content creators. Especially, in countries like the US, where young people are not very “interested” in using Facebook but instead are Twitter, Instagram, TikTok, Snapchat; Not all content creators know that their videos are being illegally uploaded by another unit for commercial purposes.

“If you’re trying to monetize my videos, there’s nothing I can do to ban you. But at least put my name in, right?”