Peter Thiel once said: “Going ahead is just a tactic, not a goal. Better to be the last to start”.

At first glance, this sounds like a rather paradoxical idea. When is it better to be a latecomer than a first?

Steve Jobs is probably the person who understands this issue best. Apple isn’t the first MP3 company or the first smartphone. However, in the field of consumer technology, with both these products, Apple is currently the leader.

That’s not by chance. This is the theory as Peter Thiel says in practice. Wealth is not created by first-mover advantage, but by monopoly advantage: It is the company that conquers the market, making it possible for consumers to forget about other products and continue to dominate. potentially profitable.

Becoming the last survivor is when they can make a profit. That is the goal that any startup or business wants to achieve.

So does it mean that business should be slow and tedious?

No. That’s not what Thiel said. Just look at your Windows phone and Kodak’s digital camera.

This is not a theory of perfectionism either. The lean startup rules still apply. You want to go fast and be able to break something but don’t sacrifice the essentials.

The iPhone killed the Blackberry because it was 10 times better. It’s not a matter of being a pushover in the marketplace, it’s a matter of Apple building a great product to compete with, combined with innovating an increasingly powerful tool over the years. time – is the App Store.

Steve Jobs succeeded while RIM failed because of his team. They convinced him that a 3rd party app store would be better than Apple’s programming team and they were right. Currently, despite having to compete with Android, Apple’s App Store is still a good place to retain users.

Apple’s advantage is not in the smartphone sector but in the 3rd party app store, the success is beyond imagination. Programmers race to build apps and business models around the iPhone and the user experience to get better, better. As more users, more developers join, there are more apps – a cycle that never stops. As a result, the money just kept flowing into Apple’s bank account.

Apple is the prime example of what all startups should do and aim for is the increasing solidity of the business model over time.

The reason is because of competitive pressure and the cost of attracting new customers. Businesses with “weak defenses” will always have trouble making a profit. Just look at ride-hailing companies like Uber. At first glance, these are all great businesses, but digging deeper, the weak areas begin to show.

There is no mention of Uber’s management team or the investors behind it. The story is much deeper than that.

This car-sharing app is a local business. And for a business of this nature, the local network must be very strong. Uber spends tons of money getting into cities, hiring drivers, and spewing money on promotions and ads to attract customers. As more drivers and more riders use the system, the greater efficiency and advantages of scale begin to prevail. 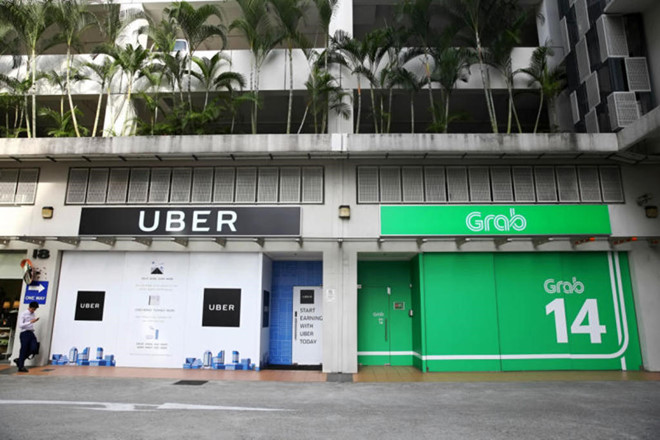 That’s why Uber, Didi, Grab and Lyft raised so much money. It was a fertile land and venture capitalists poured money into it, racing to take control.

However there is a huge problem. Drivers and riders are not loyal. The reason I use Uber or Lyft or any other app is because it’s cheap, and it’s heavily advertised. As long as there’s a better promotion from a competitor, I’ll leave.

This is very true of the driver’s wing. Most Uber and Lyft drivers use 2 phones and drive for both. The company that pays them more, they do!

Those things show the “economic moat” – Economic Moat (a company’s distinct advantage over competitors, which is difficult to imitate or copy, helps the company maintain market share and protect its profits). profits) of Uber isn’t very solid, is it? Actually much worse.

Every city Uber enters they have to spend a lot of money. However any other ride hailing app should do the same. But how did Uber win? When entering a city earlier, they spend more heavily than their competitors to “bribe” drivers and customers.

However, anyone can do the same. China challenged Uber and they won, forcing Uber out of here. And yet, this company in a row

We will also see more such situations. Startups are emerging in cities and countries around the world to compete with Uber. They raised capital and even put down money more aggressively than Uber.

That is the big problem. It shows that, in the international arena, Uber is almost out of doors. They will always be in a passive position. That means Uber can’t be the last ride-hailing company left on the market. And if they can’t monopolize, they can’t create price power.

Again, it shows how weak Uber’s “economic moat” is!

In early March, Bloomberg reported, Southeast Asia’s ride-hailing and delivery giant Grab has seen a market capitalization of $ 22 billion since its IPO last December through a deal with the company. SPAC.

Specifically, the company’s stock price has dropped 63% since its launch, placing it on the Nasdaq Composite Index’s worst-performing list during that time period. Not stopping there, Thursday’s 37% drop marked the biggest-ever sell-off after the Singapore-based company’s quarterly net loss nearly doubled year-over-year. The turmoil came as about 115 million shares changed hands, more than four times the average over the past month.

Grab’s loss hit $1.06 billion in the fourth quarter, compared with consensus estimates of $645 million. The growing losses have sent investors fleeing the stocks of other companies that have yet to make a profit. 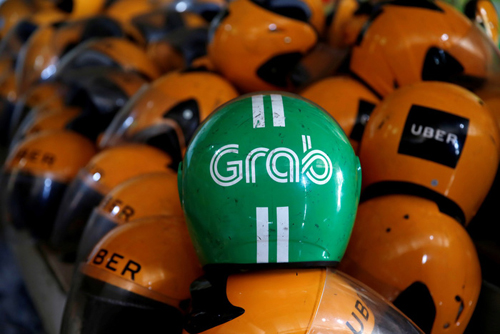 Earlier in December, Grab officially listed on the second largest US stock exchange – Nasdaq – with the stock code GRAB.

This is Nasdaq’s first Bell Ringing Ceremony held in Southeast Asia. Grab CEO Anthony Tan and his team brought the ceremony, traditionally held in New York, to the common home of Southeast Asia.

“This is the largest US-listed transaction in history by a Southeast Asian company, and I can see why Grab has grown into a household brand and become a super #1 app in the region,” added Mr McCooey.

Grab’s share price jumped in pre-market trading in New York. However, after opening, the price was only at 13.06 USD, down more than 21% on the first day. This drop in price wiped out about $17 billion of the company’s market value and meant that Tan’s stake, initially worth more than a billion dollars, ended the session at just $725 million, according to the Billion Index. Bloomberg’s rich.

Grab was founded in 2012, with the initial service of calling a taxi. Currently, Grab is providing delivery, transportation and digital finance services in more than 400 cities in 8 Southeast Asian countries including Cambodia, Indonesia, Malaysia, Myanmar, Singapore, Philippines, Thailand and Thailand. Vietnam.

The pandemic has taken a toll on Grab’s operations as demand for mobility services falters amid tightening measures and restrictions across the region. Furthermore, the company is facing increasing competition after its Indonesian rival, Gojek, merged with e-commerce provider Tokopedia. GoTo, the post-incorporation entity, is preparing for an initial public offering in the country and in the US next year.

But Anthony Tan remains confident that things will get better for Grab as more people get vaccinated and countries choose to pursue a strategy of living with Covid-19.

“We’re confident about our business.” He also added that “Things are going well,” referring to meeting this year’s goal for total merchandise value to increase from $15 billion to $15.5 billion.

DIDI DON’T KNOW WHAT THE FUTURE

According to Bloomberg, citing sources close to the matter, senior Chinese officials have brushed off a series of proposed penalties against Didi Global filed by the nation’s cybersecurity regulator. This, according to Bloomberg, will make the future of the ride-hailing giant difficult, falling into unprecedented limbo.

The source said that Didi negotiated with the Cyberspace Administration of China (CAC) about a fine and other penalties last June. The agency was due to release the results of that investigation in April, but central government officials told CAC they were not satisfied with the proposed penalties and “requested amendments.” One source said that central officials considered the handling measures taken by the CAC to be too lenient.

That is also the reason why Didi suspended its plans to list in Hong Kong and that it is uncertain when that dispute can be resolved, the source added.

As a result, Didi, once the most popular start-up in China, faces more uncertainty as it prepares to leave New York on orders from Beijing. The company was once valued at about $80 billion and now it faces the possibility of its shares being traded through the Pink-Sheet (a service that lists a wide range of shares traded via OTC trading). . Didi last week said it had not applied to switch to another exchange. This came as a surprise to investors who were anticipating a smoother transition.

The settlement delay is another setback for Didi, the startup that beat out Uber Technologies before becoming one of the biggest targets of a crackdown on the tech sector in China. Days after its $4.4 billion IPO in the US, the company was placed under a cybersecurity investigation and its services were taken from app stores across China.

The lingering uncertainty surrounding Didi’s fate is contributing to nagging questions about Beijing’s intentions for a massive internet industry.