In recent years, indeed, Intel has continuously been lagged behind traditional competitors and new competitors have appeared in processor performance, especially the popular desktop CPU line, which used to be the company’s pride. from the time of Sandy Bridge. Of course, like the recent memes on social networks with the saying “the tiger does not roar, thinks the forest is derelict”, Intel recently launched the 12th generation Intel Core with a completely new architecture and process to affirm. its position in the semiconductor market. 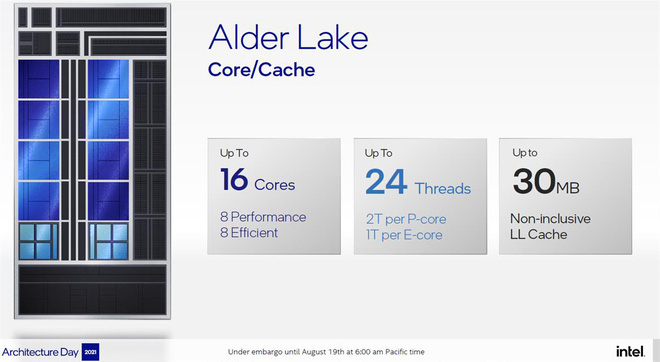 The architecture of Alder Lake is the first time that the micro-hybrid microarchitecture is applied on CPU lines for personal computers. This is an improved architecture from ARM’s big.LITTLE that has been used on SoCs for mobile devices for many years. With Alder Lake, 12th Gen Intel Core CPUs will be equipped with up to 8 high-performance cores (P-cores) for high-speed tasks and 8 efficiency cores (E-cores) equipped with Alder Lake. HyperThreading technology to run tasks that require multiple threads but don’t require high clock speeds. Not only that, the Intel 7 process also marks a step forward in the miniaturization of Intel’s transistors, after reusing 14nm for more than 5 years.

In this generation, Intel’s press kit has taken black as the main color as an affirmation of innovation after many years of choosing blue as the main color. In addition to the slogan “for next-generation gaming” printed on the lid of the box, Intel also includes a plastic display piece printed with an enlarged microarchitecture of the i9-12900K itself. In the commercial version, the packaging of this flagship CPU is also quite impressive with a glossy gold metal case embossed to feel like a silicon waffle containing the chip bases.

With the new microarchitecture and process, the maximum number of cores up to 16, and the continued pursuit of the monolithic monolithic model, Intel continues the tradition of changing sockets every 2 years. This time it’s LGA1700 with 1700 contact pins and noticeably larger CPU size. This also means that most CPU coolers on the market will require a new mounting kit to mount.

However, there are still some motherboards on the market that are manufactured with compatible holes for LGA 115x or LGA 1200 heatsinks that can still be compatible with Alder Lake CPUs. Typically ASUS motherboards in general or ROG STRIX Z690-E Gaming Wifi in particular, as shown in the test configuration. In fact, ASUS did this with AMD X370 motherboards when socket AM4 was first released.

In addition to being a high-end motherboard with a huge power system to balance great CPUs like the i9-12900K or the basic features of high-end Z690 motherboards, ROG STRIX Z690-E Gaming Wifi is also equipped with some “quality of life” features that make component removal easier, such as Q-Release.

Indeed, for those who need to disassemble components as much as personally, this button is extremely useful, especially when using huge tower heatsinks like the Noctua NH-D15. Now with just one button, users can lift their VGA out of the mainboard instead of having to find a long sharp screwdriver to push into the PCIe lever, and at the same time take the risk of scratching the PCIe pin or VGA backplate. .

Due to the specificity of the new microarchitecture and the appearance of Thread Director with the task of coordinating tasks for the appropriate cores, to achieve optimal performance on Alder Lake CPUs, users need to install Windows 11, Integrated OS Scheduler reciprocal. Another recommendation is to install a new version of Windows to ensure that the OS Scheduler will be properly set up only for the CPU instead of reusing the settings of the previous CPU.

In terms of performance, Intel Core’s latest flagship CPU, the i9-12900K has taken the leap. To compare with the previous generation, the single-core score has increased by about 20% while the multi-core performance is almost doubled in the CPU-Z test. 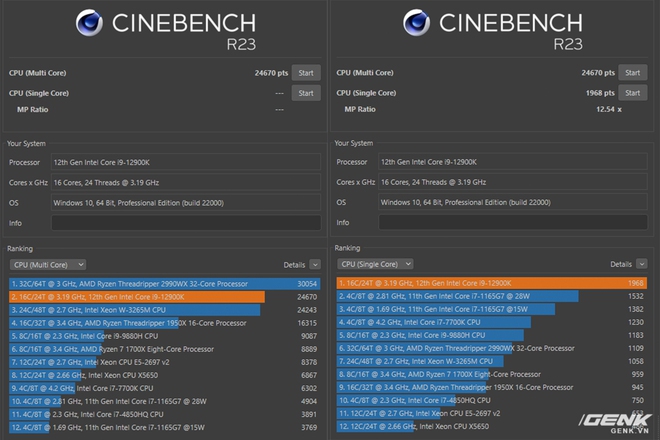 3D rendering speed with the Blender engine also saw a big jump, making the render time only about 25-30% compared to its predecessor i9-11900K.

Thanks to the outstanding speed of DDR5 as well as the upgraded processing performance, the compression and decompression performance with the 7zip engine also nearly doubled.

In terms of games, to test the i9-12900K’s reliance on RAM clocks, 3 AAA games that were quickly benchmarked are Horizon Zero Dawn, Assassin’s Creed Valhalla and Red Dead Redemption 2 at 2 standard clocks of 4800MHz and 5200MHz by device Set up the latest XMP 3.0.

It can be seen that, with a clock speed of 5200MHz, all games have improved minimum FPS results, although the maximum level is almost the same. This is understandable because with the performance of the i9-12900K, the limitation is only the graphics card, especially when playing games at high resolution. However, equipping high-clocked RAM will still help gamers have a smoother game experience by improving the minimum number of frames.

The high performance of the i9-12900K is not without trade-offs. The temperature at which this CPU’s power consumption is as “flagship” as itself. When performing heavy tasks such as rendering 3D with Blender, the i9-12900K can reach temperatures of 100 degrees Celsius and consume up to 216Wh of power. As can be seen, the AIO 240mm or less heatsink will basically not be able to dissipate heat for this high-performance CPU. 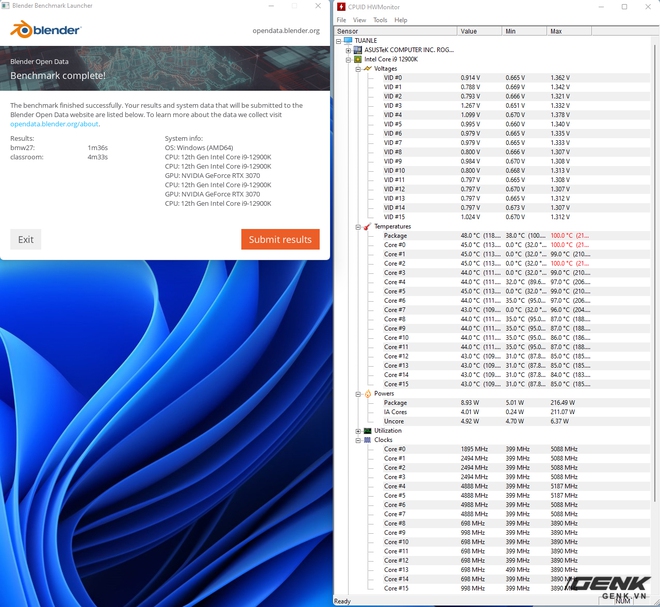 To sum it up, the Intel Core i9-12900K is indeed a huge leap in performance over the previous generation. With the new microarchitecture and process, fans of the green team will surely feel like they are finally “out of the cave”. This microarchitecture will also ensure multitasking performance with some specific use cases such as gaming and streaming. With superior performance in the same segment, perhaps a rare reason not to buy the i9-12900K or 12th generation Intel Core CPUs is just a shortage or the price of auxiliary components such as RAM is quite high. 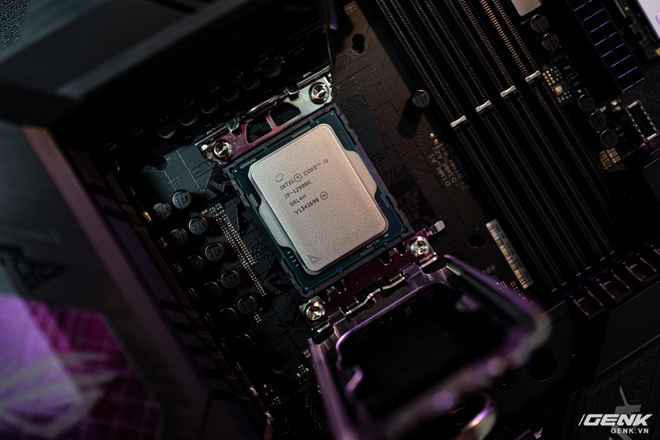