In the latest issue of the medical journal Urology Case Reports, doctors have just reported a rare case of an accident that happened in the toilet. The victim was a Dutch man traveling in South Africa.

While using a local toilet, the 47-year-old man suddenly felt a burning sensation on his penis. And when he looked down, he was startled to find a snake, the author of the bite to his scrotum. 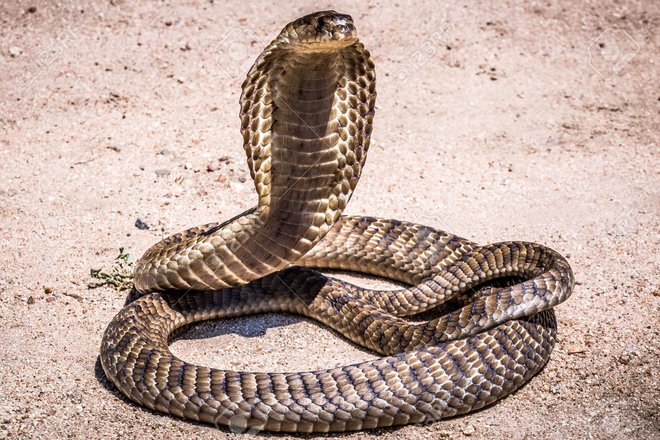 Worse still, the snake was identified as belonging to the genus Naja annulifera, a highly venomous species of cobra from South Africa. There is no anti-venom serum for this snake and the man immediately felt his life was in danger.

It took three hours for the helicopter to reach the remote area and then take the man to a hospital 350 kilometers away. During the waiting period, he was vomiting repeatedly. And the venom is running from below the groin to the ribs then to the abdomen, finally up to the chest with a burning sensation that can be felt.

What happens if you get bitten by a cobra?there“?

When he arrived at the hospital, the man’s genitals were swollen and purple, a sign that the scrotum was necrotic. Doctors administered eight doses of antisera to the patient along with a dose of tetanus vaccine.

Then, they treated the bite site by surgically removing the necrotic parts. The man was lucky to keep both testicles, but had to have most of the scrotal skin and a patch of skin on the shaft of the penis.

The wound is wrapped with a vacuum sealer for quick healing. But the patient continued to have a fever and showed signs of kidney failure, and doctors had to give him broad-spectrum antibiotics and dialysis.

About 9 days after the operation, the man was brought back to the Netherlands for further treatment. Here, the doctors reviewed the entire medical literature to see how to treat him. But as it turned out, this man was the first case in the world to be bitten on the genitals by a cobra.

So Dutch doctors at 3 major hospitals had to sit together for consultation. After assessing the patient’s condition and giving treatment, they asked for permission to write his case description in the medical literature to make experience for future doctors.

Of course, the patient’s identity was kept secret. But pictures of his penis through each stage of treatment were taken (completely uncovered) and published in the journal Urology Case Reports. In case you don’t want to see, his penis now looks like a face-stitched doll. 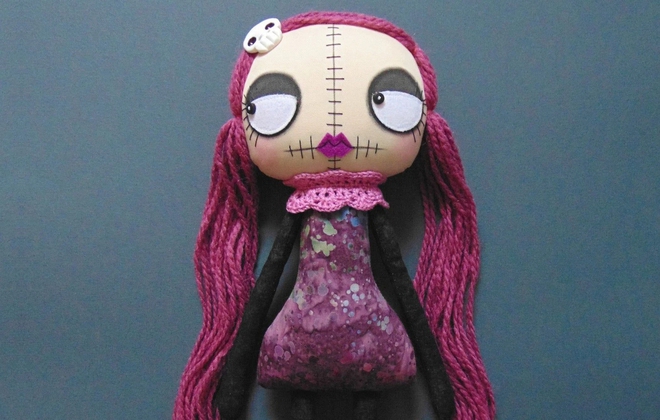 In the Netherlands, the patient was sampled for infection, continued antibiotic treatment, and infused with extra red blood cells and potassium. Fortunately, he recovered quite quickly after that. At day 21, the acute injury had resolved allowing a plastic surgeon to patch the shaft of his penis with a piece of skin taken from his groin.

The man was discharged 2 days later, with the most severe damage remaining in his kidney but also stable. A year after the re-examination, his kidneys were still slightly impaired. But in return, the genitals seem to have completely recovered, he has regained sexual function and sensation.

It’s a very happy ending, especially when faced with the venom of the cobra Naja annulifera. This is a very venomous South African snake that, if not treated early, will cause respiratory paralysis and death, Dutch doctors said.

“We are the first to describe a case of genital infection by Naja annulifera snake.“, they wrote in the report.But if treated in time, the patient will have the opportunity to restore genital function and recover both cosmetically.”

Previously in 2013, a 35-year-old man in Israel was also bitten on his penis by a snake while going to the toilet. He reported that he was sitting down when he suddenly felt an extremely burning sensation in his “there”.

It didn’t take a second for this man to look down and spot the snake in the toilet. He immediately ran outside to call an ambulance with a feeling of horror. Fortunately, when they reached the hospital, the doctors confirmed the bite was from a non-venomous snake. The man only had to stay in the hospital for observation and then he was released.

A similar story happened in 2013 with a 65-year-old Taiwanese man. This man was going to the toilet near a rice field when a snake bit him right into his testicle. Fortunately, the snake is also not poisonous.

Cases of python bites in the toilet seem to be more common. Within the last 1 year alone, there have been at least 3 such reports. In July was the case of a 65-year-old man in Austria who was bitten on his genitals by a python while using the toilet at home.

The python, up to 1.6 meters long, was identified as a neighbor’s pet and it escaped using a water pipe, according to police reports. Fortunately, the man was only slightly injured because the python was not poisonous. 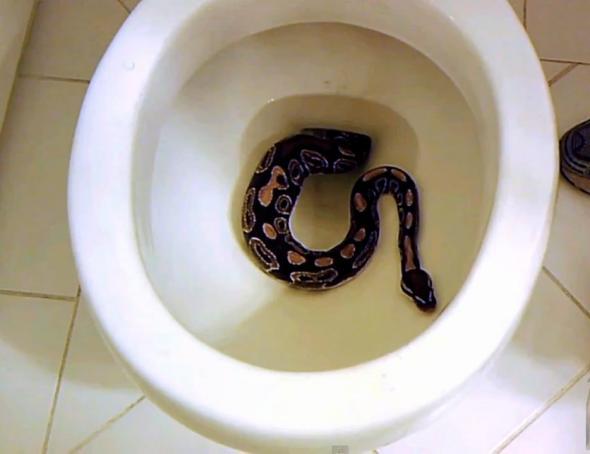 A similar case happened in April in Malaysia, when a man was also bitten on the butt by a python while sitting on the toilet. A woman in Thailand suffered the same fate last October.

In addition to pythons and snakes, rats are also a species that often attacks people from the toilet. They often enter sewers during the flood season and the bad news is that rats are very good swimmers. Snakes too, they can swim through toilet pipes while hunting these mice.

So the Dutch doctor’s advice to you is: “Always flush the toilet before sitting down!”. It is an action for you to check if there is a strange creature capable of attacking your most sensitive part or not?

And the more you travel to a remote place or an area with a lot of snakes, the more useful this advice becomes. But do not be subjective even if you are in the middle of the city and go to the toilet on a high-rise building. In 2010 in the US, a corn snake was found in the toilet on the 19th floor.

The reason it is here is not clear. But the possibility of snakes swimming through pipes to high-rise buildings remains open. Jack Conrad, a reptile and amphibian researcher said: “All snakes are good swimmers. And snakes can hold their breath for long periods of time.”

Therefore, snakes swim upstream of the water pipe to the toilet according to Conrad, although very rare, but still “a possible possibility“, I said.