Every year, OPPO usually introduces two Reno series with a cycle interval of about half a year. With the Reno6 series having been launched since June, this manufacturer is preparing for the launch of the all-new Reno7 series. Information about this product line has also appeared a lot in recent times.

Recently, leaked images of a new OPPO smartphone rumored to be the standard Reno7 have appeared on the Weibo social network, showing us some design details of this product line. Specifically, from the leaked image, we can see that the Reno7 will have a design that is basically the same as that of the Reno6 with a rough back and square frame like the iPhone. The remarkable point in this year’s Reno7 series is that the design of the main camera cluster is no longer as boring as previous generations. 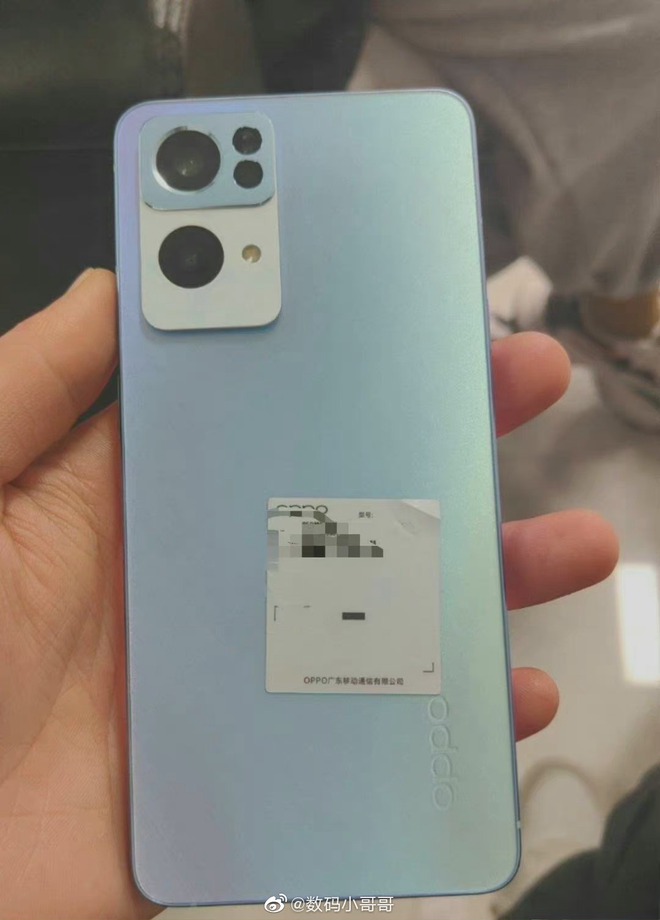 Previously leaked rumors said that OPPO Reno7 will be equipped with a 6.5-inch AMOLED screen provided by BOE, not Samsung, screen panel with Full HD + resolution and 90Hz refresh rate. The screen uses an “O-dot” design with an integrated optical fingerprint sensor, which is basically the same as the Reno6.

Performance is also a new improvement when Reno7 is equipped with Dimensity 920 5G processor, a new chip and an upgrade of Dimensity 900 available on Reno6. The device has a 4500mAh battery, supports 65W SuperVOOC 2.0 fast charging.

Currently, the specific launch time of OPPO Reno7 has not been revealed, but it could be late this year or early next year at the latest.