Have you ever returned to your hometown and been chased by chickens? What a laugh-out-loud moment when we, the most intelligent primate on the planet, are chased down by a low-ranking bird.

Seeing that scene, perhaps our ancestors also shook their heads in disappointment. Thousands of years ago, while in a hunter-gatherer society, ancient people raised the “Cock” giant in the yard in front of my cave. 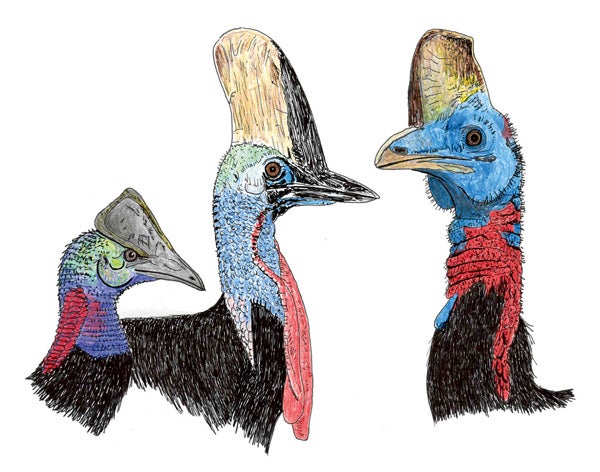 They are cassowaries up to 7 feet tall, possessing iron-hard legs, with three toes with dagger-like claws. These demon birds can jump up to 2 meters high and run at a speed of 50 km / h.

Three species of descendants of the ancient cassowary still live in Australia to this day. And they do not disappoint their ancestors when they still hold the title of the scariest bird on the planet in the Guinness Book of World Records. 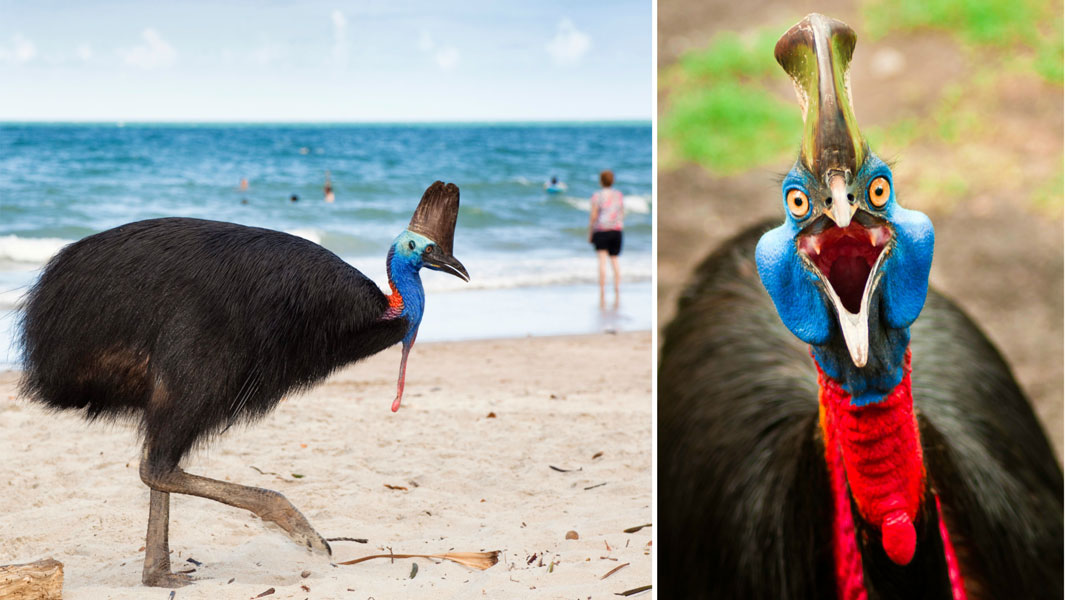 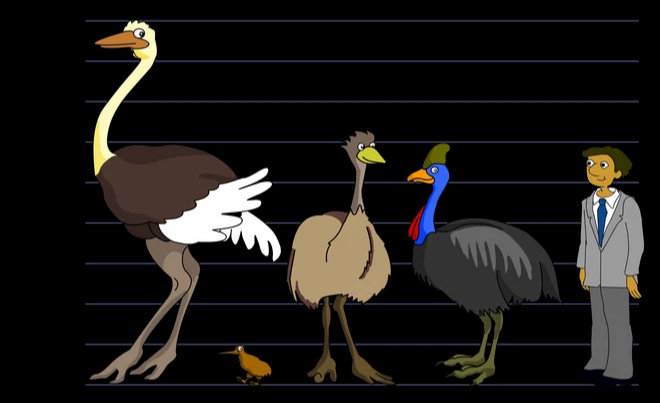 In terms of size, the cassowary is smaller than its two relatives, the emu and the ostrich. However, the most terrifying point of this bird is its fighting skills. When threatened, the cassowary can jump high and launch a forward sweep, while the ostrich can only chase and peck you and the emu prefers to kick backwards.

In 2019, a cassowary in the US state of Florida was attacked and killed by this bird while standing behind a fence. In 1929, a cassowary also killed a 16-year-old boy in Australia with a single kick to the neck.

Cases of cassowary attacks on human pets such as dogs and horses, and even those kept close to them in zoos, are almost innumerable. When roaming in residential areas, cassowaries can attack both cars and windows just because they can see their shadows in them. 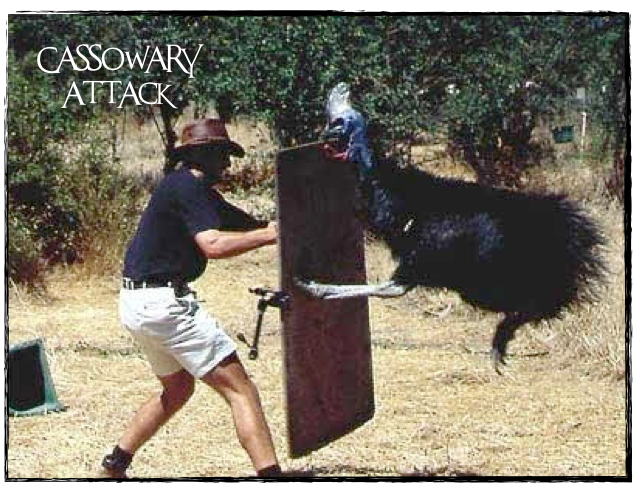 All these examples show that you should never go near a cassowary. But a new study published in the Proceedings of the American Academy of Sciences shows that the Aborigines of New Guinea even kept cassowaries in their caves.

That was about 18,000 years ago, “thousands of years earlier than the first chicken was domesticated“, said archaeologist Kristina Douglass of the University of Pennsylvania. Evidence of this activity was discovered when Douglass found 1,019 cassowary eggshell fragments in ancient caves.

She analyzed the eggshells with a laser technique that predicts the age of the eggs, meaning they have just been laid or an egg incubating to the point of hatching. The results show that:

“There are a large number of eggs that are harvested in a very late stage of development. The pattern we found is not a random one—ancient people intentionally chose the eggs at that stage. [và đem về hang của mình]“, Douglass said.

Stealing a cassowary’s eggs was dangerous in itself. The nests of these birds are often located deep in the forest and are quite difficult to find. During the incubation period, the male cassowary will guard the nest.

Being a highly territorial bird by nature, the cassowary certainly won’t tolerate anyone trespassing on their land, not even those who dare to steal the eggs.

“This suggests that the ancient people who lived here must have had a really deep knowledge of their surroundings.“, said Douglass. They had to know specifically the best place and time to steal those cassowary eggs, perhaps by dividing them into two groups, one to distract the guarding male and the other to steal it. egg.

After the eggs were retrieved and brought back to their den, there were two theories for what happened next. The first theory says that the ancient people ate them. Evidence Douglass found some eggshells with burn marks, indicating that they had been toasted.

But the eggs that are baked are usually young eggs that have just been laid. The cassowary eggshells that are about to hatch are usually quite intact. Which brings us to the second hypothesis, “it is very likely that the ancient people incubated these eggs which hatched into cassowaries and raised them“, Douglass said. 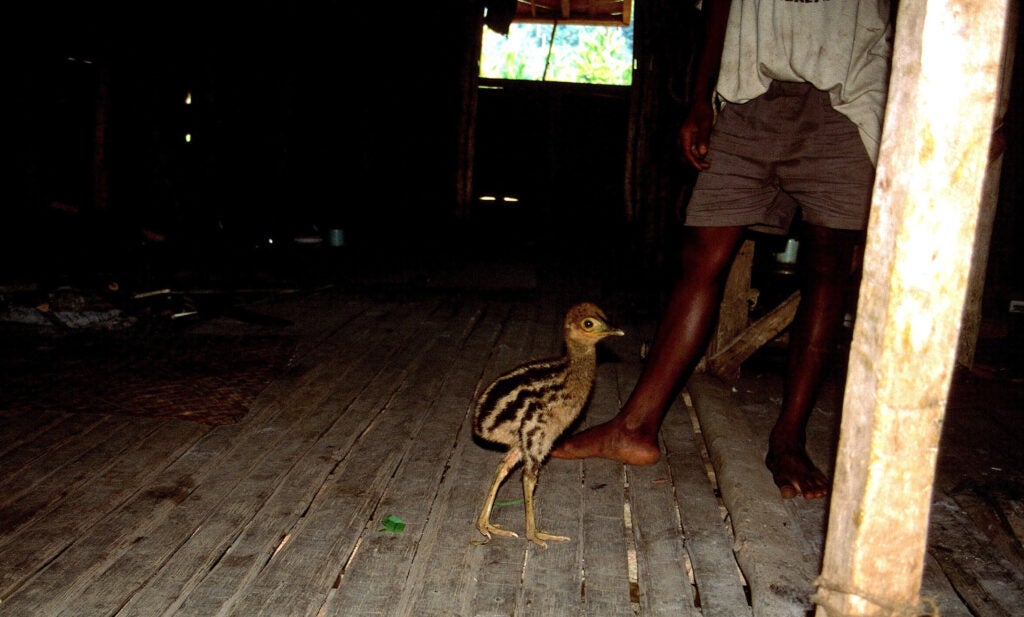 There was previously evidence that the indigenous peoples of New Guinea used cassowary meat and feathers for rituals. However, hunting this bird in the wild has many potential dangers.

So it is possible that the ancient people raised cassowaries from eggs to serve their needs. Birds are often affected by a phenomenon called “imprint”. They will adopt whatever animal they see first after hatching as their mother.

Therefore, the management of the most dangerous bird on the planet is not so difficult if the ancient people themselves hatched the eggs. At least until these cassowaries are immature, they are not a threat to them. 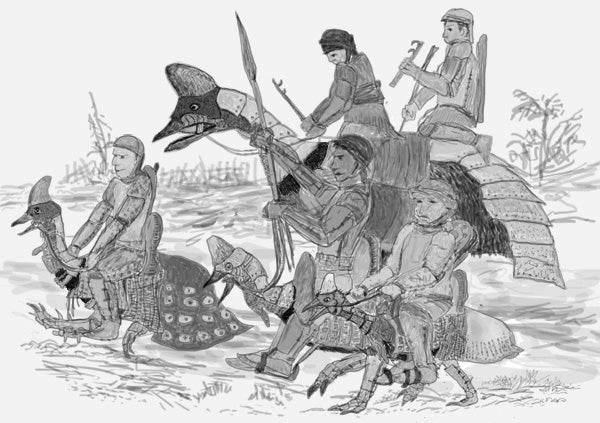 New Guinean legend also suggests that some ancient tribes here may have ridden the cassowary in their battles. But according to Douglass, there is no evidence that these birds were domesticated by humans.

She said domestication requires human intervention for the survival of an entire species, just as the first chickens must have been bred from wild fowl some 8,000 years ago.

With the cassowaries, the ancient people seem to only raise but not train them to depend or confine them next to humans, as they have domesticated dogs and ibex goats. 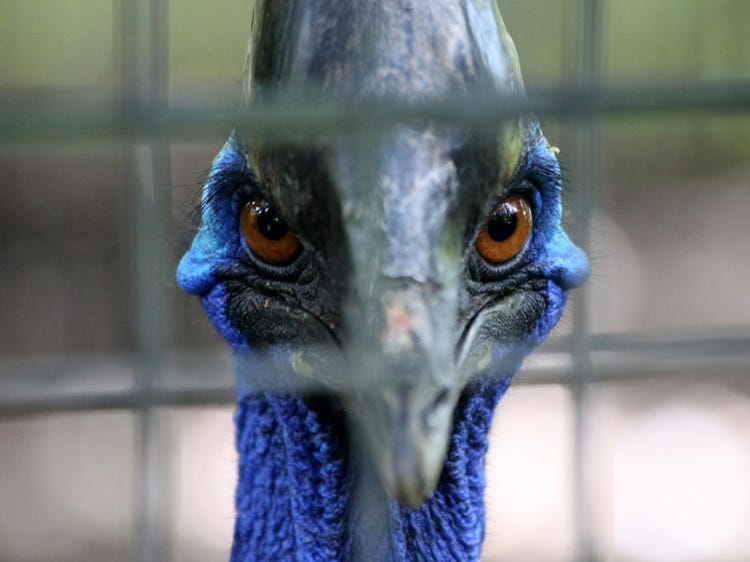 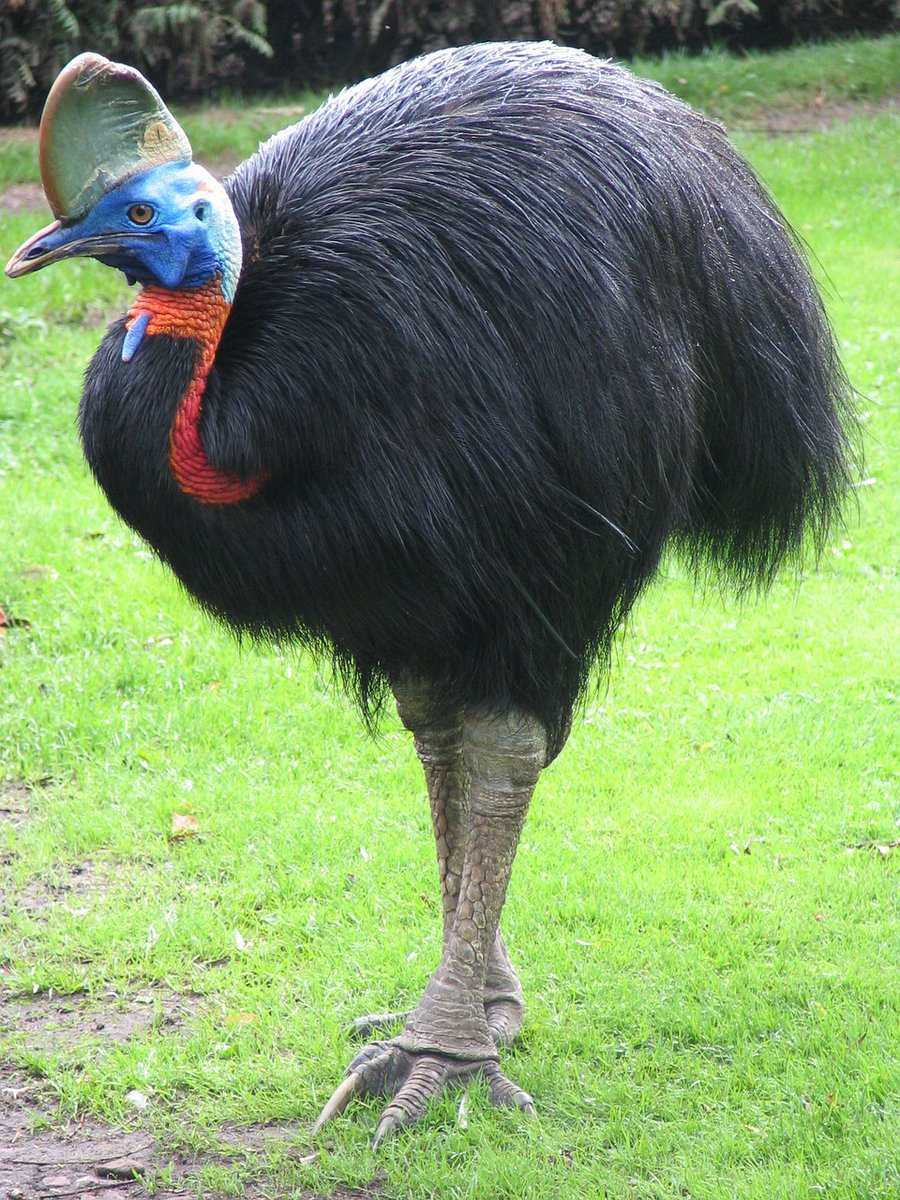 Even so, this is still the earliest evidence we have of a poultry farming and management activity in human society. “Previously, we tended to think that this was only possible after humans had acquired agriculture“, Douglass said.

But cassowary eggshells discovered in New Guinea show that thousands of years earlier, ancient people were able to manage even the most fearsome bird on the planet with their very systematic knowledge.