Until now, Apple has always directed customers to genuine and authorized centers to repair products, they have never encouraged users to find a third party. Recently, videos that Apple makes to train authorized repair partners have been leaked, showing how the company trains repair technicians to keep customers away from third parties and buying. First-party repair products, more expensive.

“I cracked the glass of my phone and was comparing costs. How much does it cost to replace just this part? A man plays a customer making a request in a video.

“I’ll let you know the cost of that part,” another man, playing the part of a repair technician, replied.

“Whoa. Much higher than the shop on the street. Why is it so expensive here?” guest said.

“What is genuine?” customer asked. “I want to save some money. Aren’t they the same? “

The technician will then explain why it’s best for everyone to replace damaged iPhone parts with genuine Apple products. “A genuine Apple part must meet AppleCare specifications,” the technician explained that the Apple screen will be carefully examined. “With an original Apple display, all the features you use work seamlessly… not with a third-party monitor.”

Some of the videos obtained by Motherboard appear to be official videos, while others are in the process of being edited, appear to still have unedited visuals and sketchy voiceovers. It’s worth mentioning that the script and arguments in the video closely match what authorized Apple employees have been saying for years.

These training videos are intended to help authorized Apple repair shops avoid customers being able to purchase replacement parts much cheaper than Apple sells them. For years, Apple has made it difficult for independent repair shops to repair iPhones, driving customers to Apple stores for replacements. In response, there’s been a burgeoning rights-to-repair movement, aimed at making it easier for people to repair their own devices.

These videos are not made public because they are intended for use only by Apple store employees and authorized repair technicians of the company, known as Apple Authorized Service Providers (AASPs). Andrey Shumeyko, who discovered the videos, said the videos were hosted on Apple’s own platform, and a bug allowed him to access them without having to provide login information.

AASP launched in 2016 as a way for select independent stores to perform basic repairs to Apple devices. AASP stores should always be ready for a surprise Apple inspection and face mountains of limitations on what they can and cannot repair.

In a video showcasing recent changes to the way Apple works with repair partners, an Apple representative reassured AASP stores that Apple wanted them to “maintenance of all products”.

“We highly recommend authorized service providers to perform repair solutions for all products“, said Apple representative. “It’s important that when customers see an ‘authorized’ store, they know they can find support for any product sold in their country. This gives customers a reliable repair experience, performed by technicians trained using genuine Apple parts.”

AASP stores have long been limited in what they can and cannot repair, and it’s unclear how much of a change this is in the video above.

An employee at an AASP store who asked to remain anonymous said:Our shop is only certified for in-store iPhone repairs, MacBooks will be mailed to our Apple-authorized service center, and almost anything else — iPad, AirPods, Watch — are either sent to Apple for full replacement… or recommended for repair by Apple, or undergo additional screening before being replaced.” According to this employee, what can be repaired and how it can be repaired varies between stores.

Six of the eight videos are dedicated to training repair technicians on how to deal with worried customers when the cost of repairing Apple devices is too high. A three-minute video dedicated to helping customers understand why genuine Apple screens are often better than third-party screens.

Both phones display a calculator app and an Apple hand punching in a few numbers. “If both screens respond correctly, we should see screen touches yield the same results.” one person said. “Instead, third-party monitors are missing operations or misplaced.”

In another example, one finger on both sides would enter a phone number. The video claims that accidentally touching the screen during a call on a third-party screen can cause the call to drop. The video then shows a still image of the two phones and claims that the battery on the phone was replaced by a third-party display that drains faster.

The important thing is that while there are some third-party parts that are inferior, Apple seems to be taking it all in. There are many third party repair companies that only use very high quality parts, used genuine parts or refurbished parts and can do good repairs at much cheaper rates than Apple. Consumers should be empowered to make their own decisions about which repair service to use, but these videos show Apple is investing in discrediting competitors. 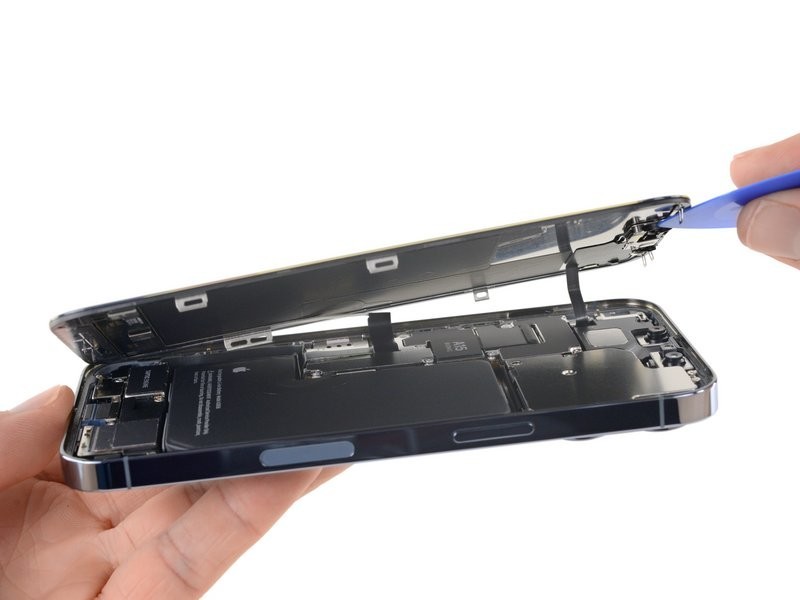 An independent store can do it much cheaper than going directly to Apple. According to Motherboard, contrary to what Apple has said in training videos, the components are often exactly the same. Factories will often overproduce Apple device parts like screens, then sell the excess to independent suppliers. If the colors aren’t standard or the screen isn’t as bright as it used to be, it’s usually because Apple has locked down the software and calibration profiles that they could have released for easier repair, but failed to do so.

Each video in the AASP training program is aimed at convincing customers to spend more when they can save quite a bit if they replace it with a third party.

“As someone who works as an Apple Authorized repair technician, I see every day many devices that the manufacturer claims are unrepairable, but that third-party repair shops the third has proven time and time again that they can work it out, allowing people to recover precious documents and memories, because of restrictions from the manufacturer I am not allowed to help them “, An AASP technician asked to remain anonymous.

“It’s embarrassing to see people put up with situations where Apple tells them their device needs to be replaced, when an unauthorized service provider can actually handle it more effectively, but Apple intentionally discourages consumers from seeking better solutions from third parties.” this technician said.