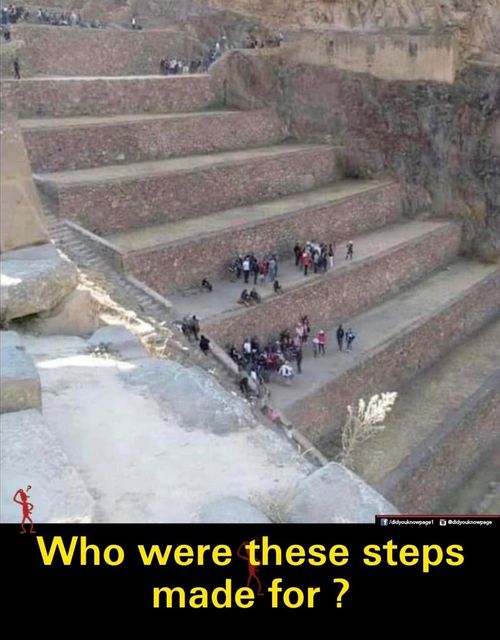 This photo is often shared as “giant steps for the Nephilim”. In this case, “Nephilim” refers to a race of giants living on Earth according to Genesis 6:1-4. Did the ancient giants use these giant steps?

However, this is actually a photograph of Ollantaytambo, an Inca ruin – an Inca town and archaeological site in southern Peru, 72 kilometers northwest of Cusco. It is located at an altitude of 2,792 m above sea level in Ollantaytambo district, Urubamba province, Cusco region.

Those are not steps for giants, but agricultural terraces. They are commonly used to cultivate crops on mountainous terrain. So this photo does not provide any evidence of ancient giants. 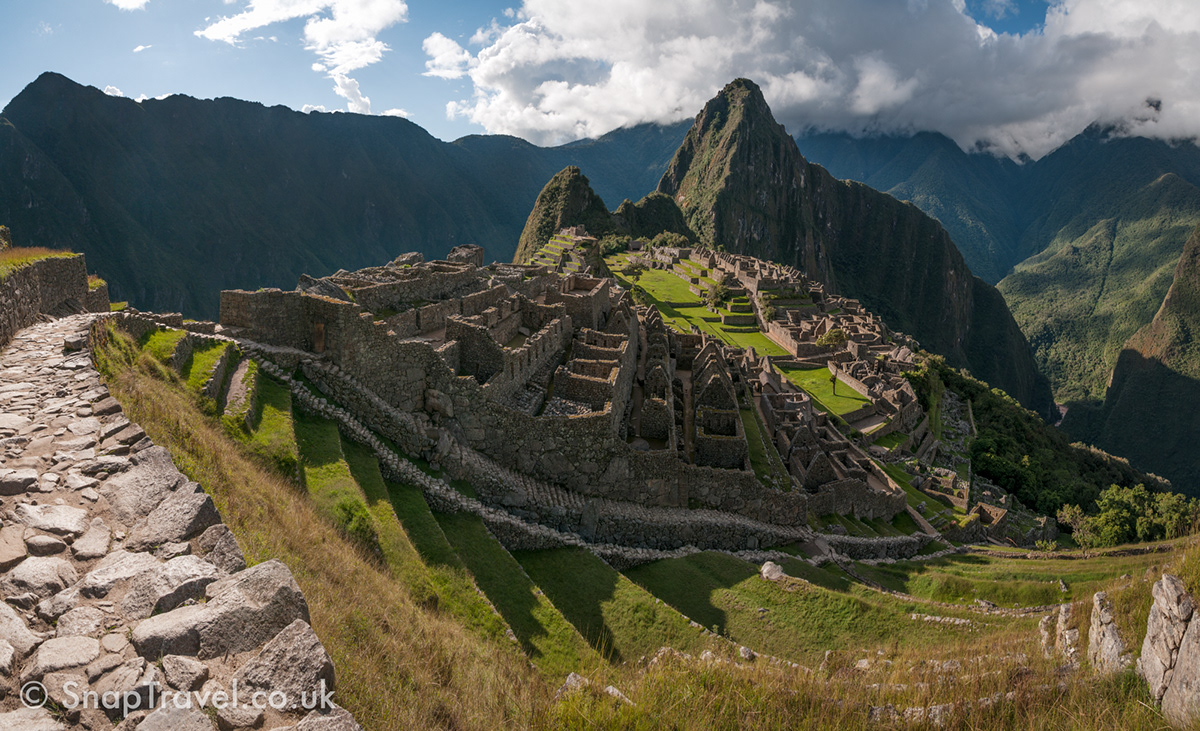 About the Nephilim and the supposed race of ancient giants: they are mentioned in the Bible. There are different interpretations: they can be angels (fallen), aliens, giants, or a cross between humans and angels.

The Inca culture was one of the most important in the South American continent and left a tangible legacy of pre-Columbian civilizations in the territory we know today as Ecuador, Peru, and Bolivia. , Chile and Argentina.

These structures were wide terraces built on the mountainside that allowed the Incas to retain the land to develop agriculture adapted to the alpine environment – this is similar to the terraces in the mountains of water out, but the ones the Incas built were a little different.

Containment: These structures prevented erosion and landslides when the construction of the city, houses and temples was carried out.

Agriculture: Through the construction of these foundations, the Incas expanded the area of ​​land used for agricultural activities. These terraces allow rainwater to be used as a source of crop irrigation directly from the canals connecting each level. Today, crops are no longer cultivated to maintain their integrity.

Ceremonial Centers: These terraces are built to be more beautiful and wider than the terraces elsewhere because it serves both the decorative purpose of the administrative centers and also the place where some can be performed. Ritual. 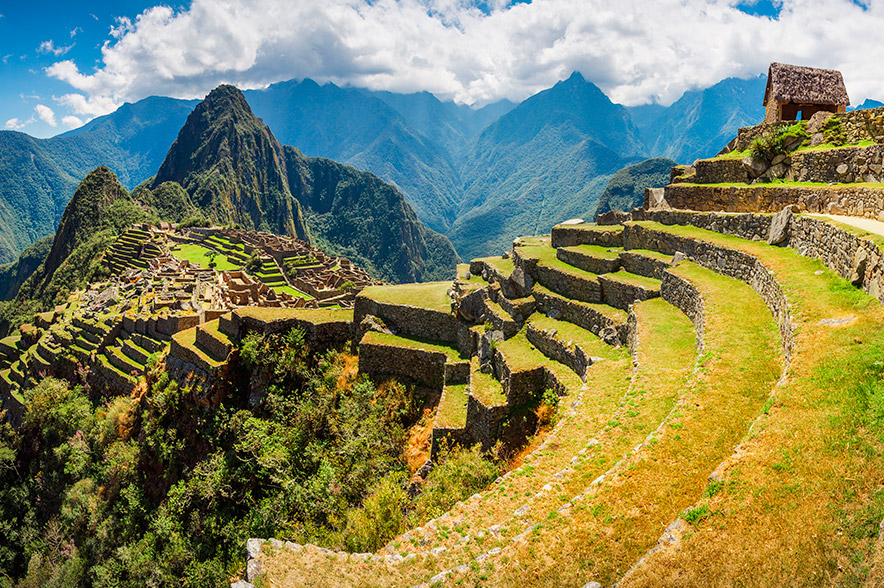 These terraced fields have existed for hundreds of years. This place was once a stronghold of the Inca Empire that existed from the 15th-16th centuries.

The internal drainage of the terraces consists of three layers: the first is mulch, the second is sand, and the third is gravel. These layers allow water to be sucked in by the stairs and flow downhill through the floors, quickly being absorbed without creating landslides that could endanger the city and its inhabitants.

Through a system of 130 pipes and a drainage source, the Incas were able to channel water from the canal, allowing them to supply water to a large part of the city. 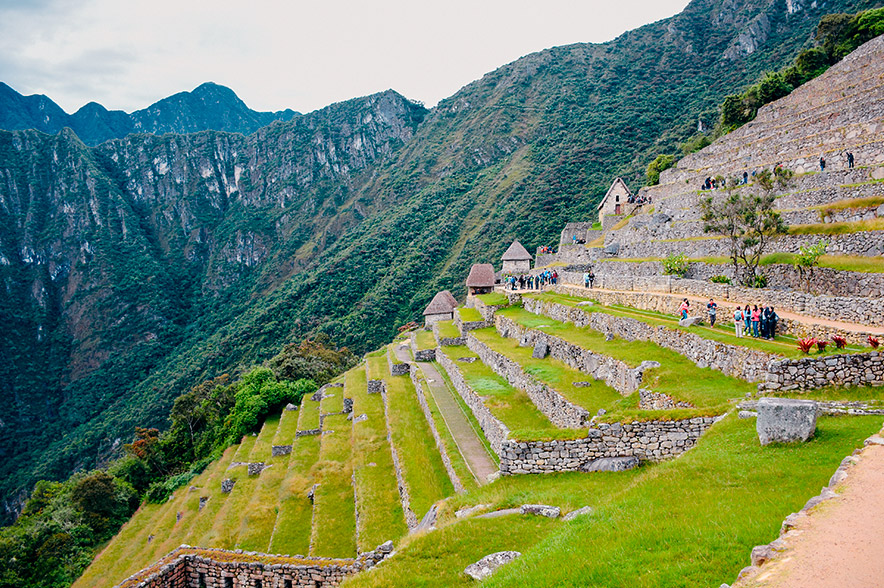 Engineer and paleontologist Kenneth Wright spent 15 years studying the Inca drainage system. According to his research, 60% of the water destined for the Incas came from the rains in the region – up to 2,000 mm annually. This meant that engineers had to come up with a way to prevent water from accumulating at the top and from causing landslides when descending.

In addition to the aqueducts and sources mentioned above, the Inca ruins were built on a layer of granite that allowed rainwater to move to the terraces. 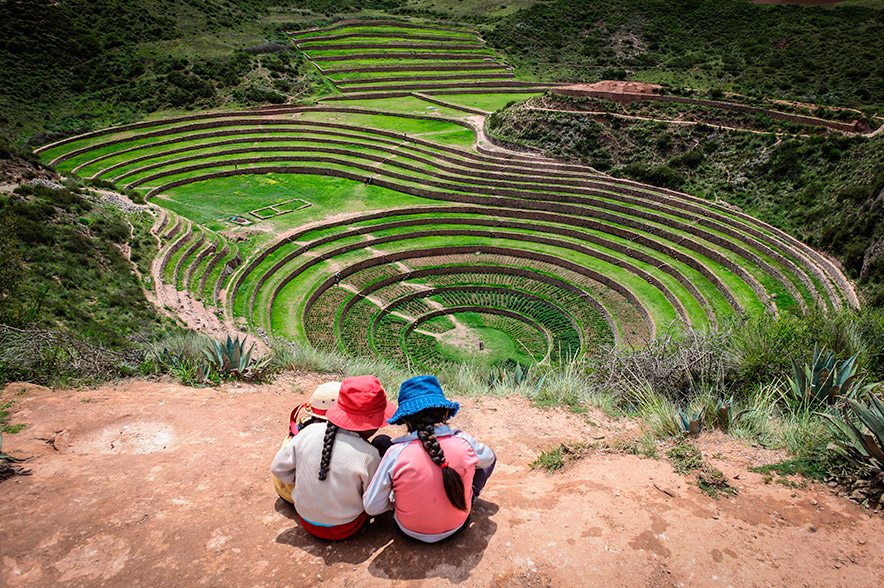 One of the most amazing Incan ruins is in Moray, an archaeological site in Peru, located about 50 kilometers northwest of Cuzco – this is essentially a subsidence on a plateau with the shape of the terraced fields. In a subsidence that looks like a large bowl, built a series of concentric terraces that look like an ancient Greek theater. The largest terraced fields in the center are enormous in size, and go down to about 150 meters deep, leading to a round bottom for drainage, to prevent flooding. 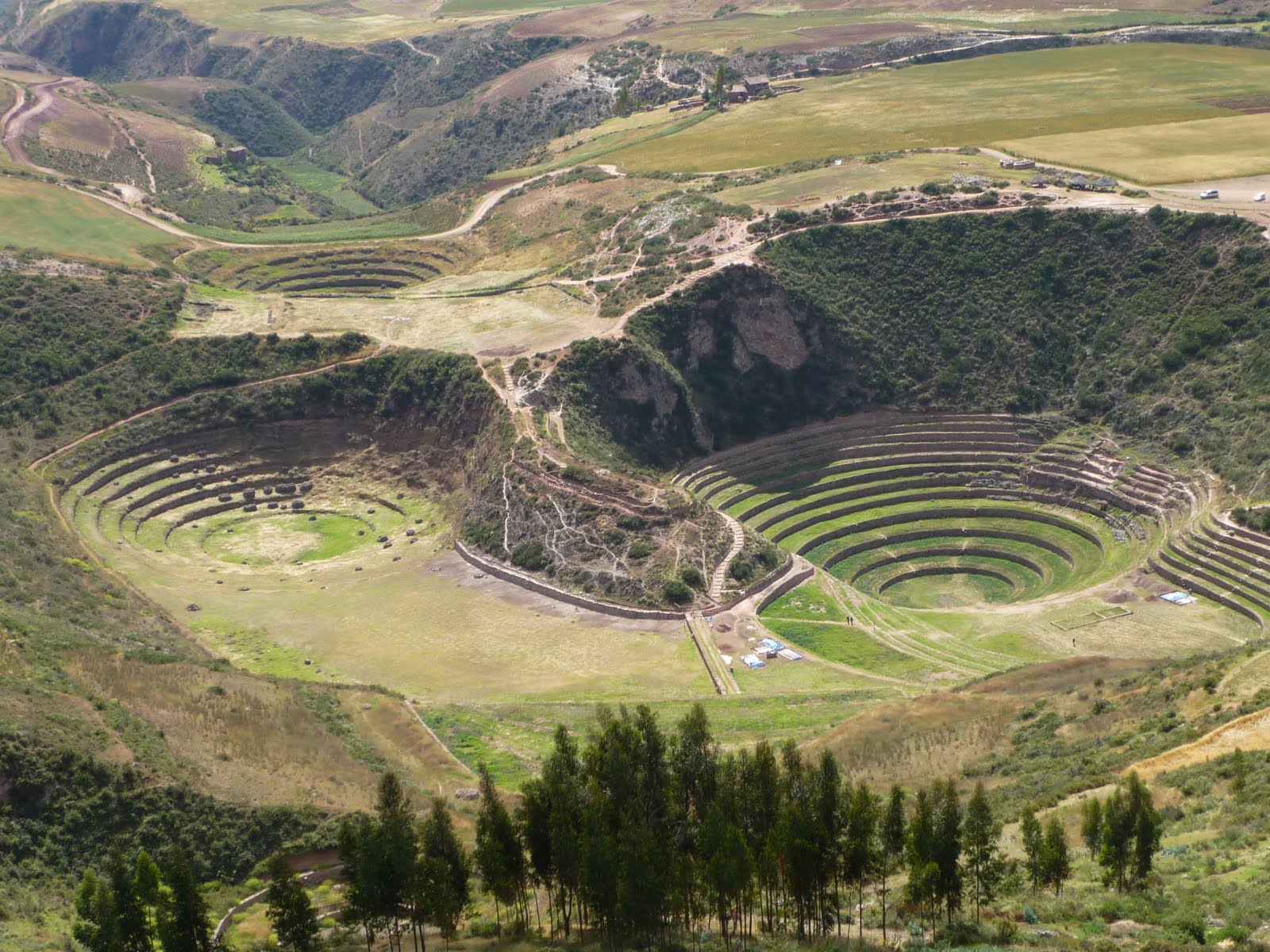 Concentric stairs are divided in the form of caged stairs that extend upwards, and allow people to walk from top to bottom. The six large steps that surround the center of Moray look like ellipses rather than a perfect circle, and eight steps enclose a small portion of the structure’s outer ring. The purpose of the construction of these terraces is still unknown, but many believe that the Incas used it as an agricultural research station. Today it is open as a tourist attraction. Moray’s opening hours are from 7am to 6pm.