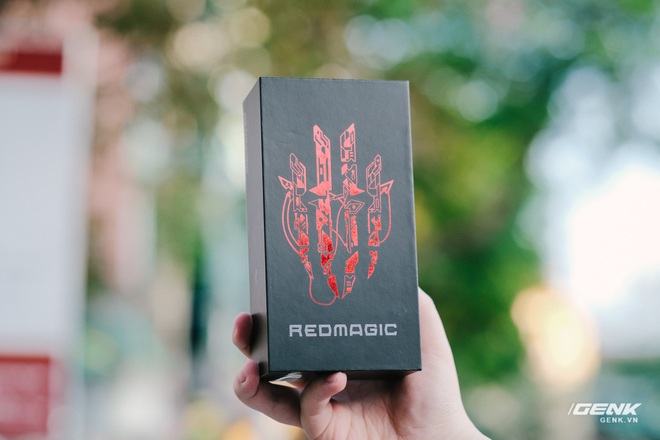 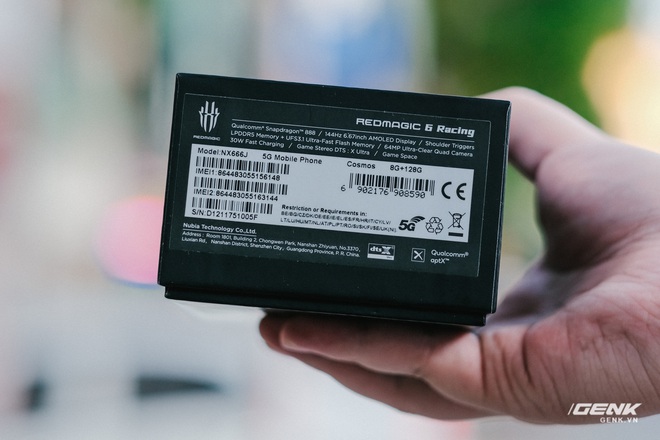 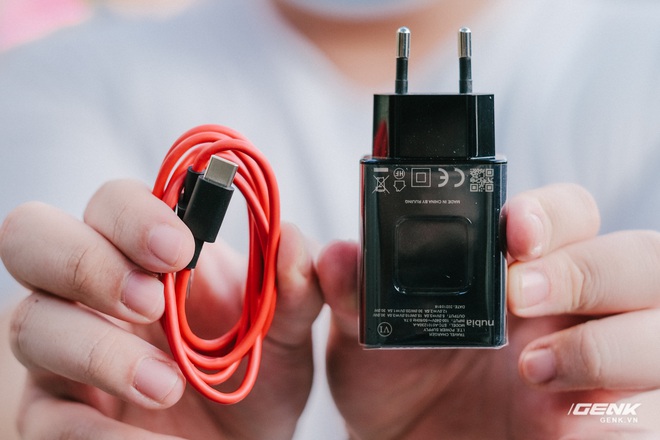 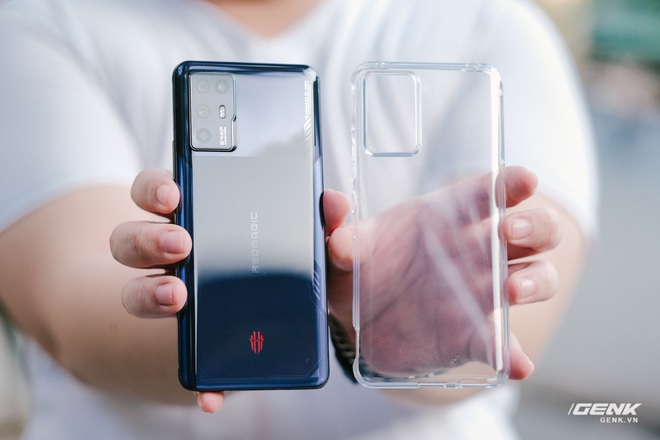 There is also a flexible silicone case included 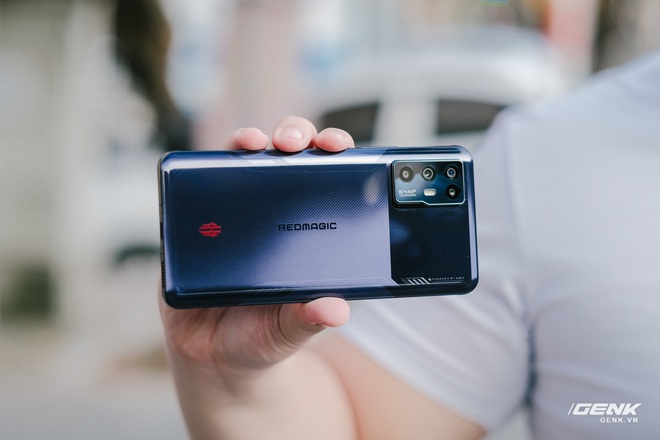 Red Magic 6R has two color options: black and silver, the version in the article is the black version 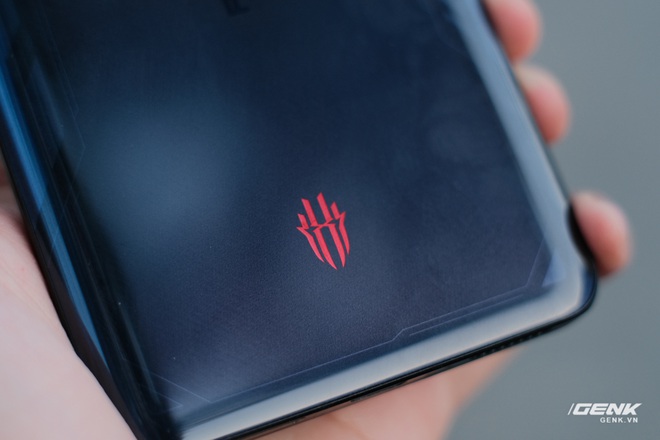 The back of the machine is finished from glossy glass material, which is quite easy to stick to sweat and fingerprints, in return, it is curved on both sides for a comfortable grip experience, especially when playing games without needing hands. 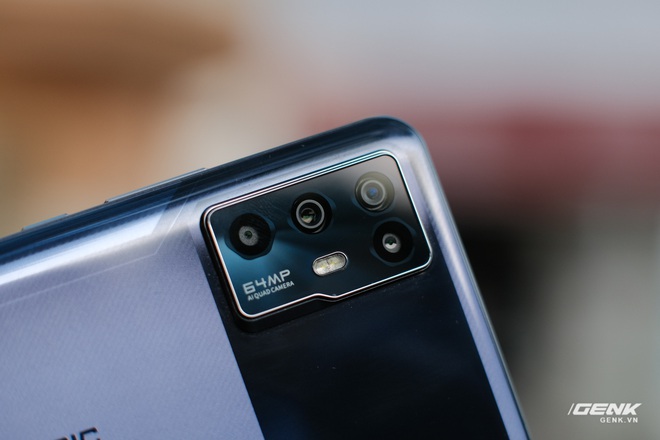 The 6R version has a back that looks more like a normal smartphone than a gaming phone. The camera cluster is designed in a small module in the left corner, including 4 cameras: 64MP wide-angle camera, 8MP ultra-wide-angle camera, 5MP macro camera and 2MP depth camera 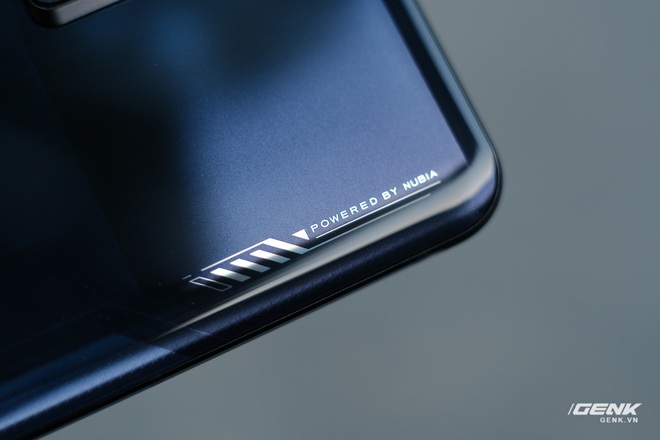 The back of the device has only a few “gaming” small details. 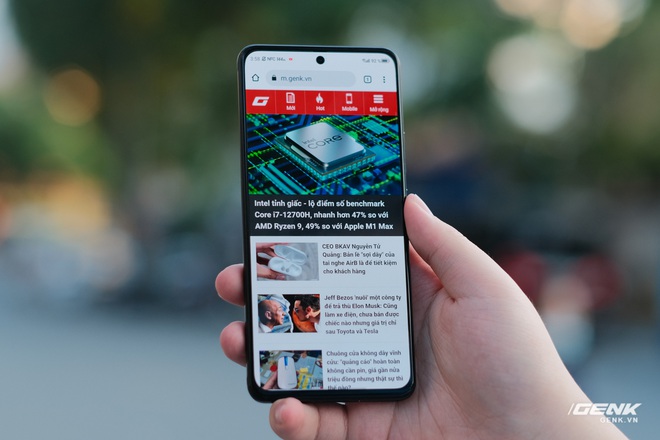 The front of the Red Magic 6R is a 6.67-inch screen, using an AMOLED panel with Full HD + resolution and 144Hz refresh rate. This screen has a 20: 9 display ratio and maximum brightness at 770 nits, higher than both the standard version 6 and 6 Pro. 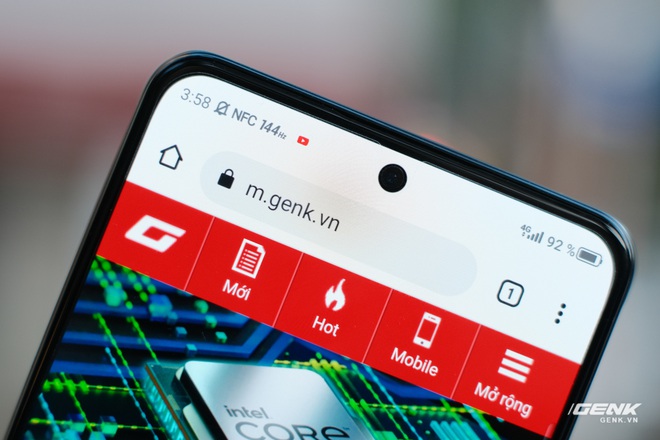 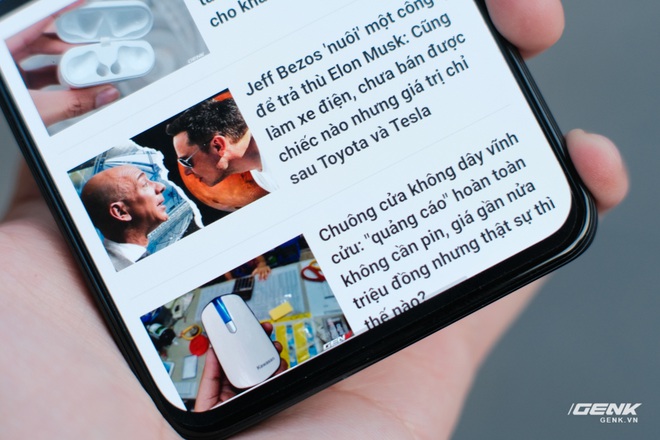 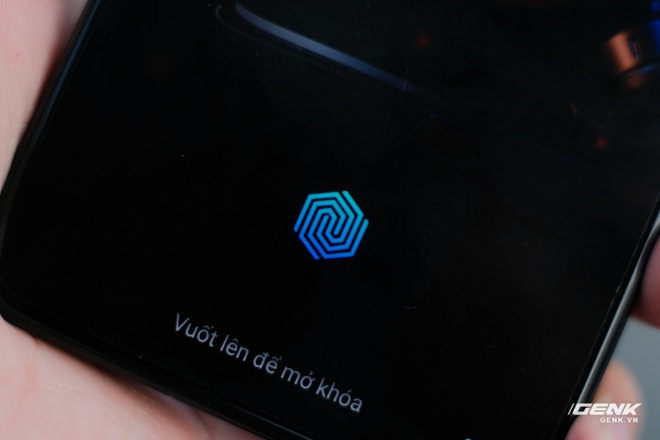 Optical fingerprint sensor is also integrated under the screen

As a gaming smartphone, the Red Magic 6R also inherits the force-sensitive trigger key cluster at the two corners of the device. Users can customize this key with different sensitivity, vibration and set action for each key depending on the game being played. According to ZTE’s announcement, this key cluster has a touch sampling frequency of up to 400Hz, allowing to minimize lag when playing games, especially for FPS games that require fast response. 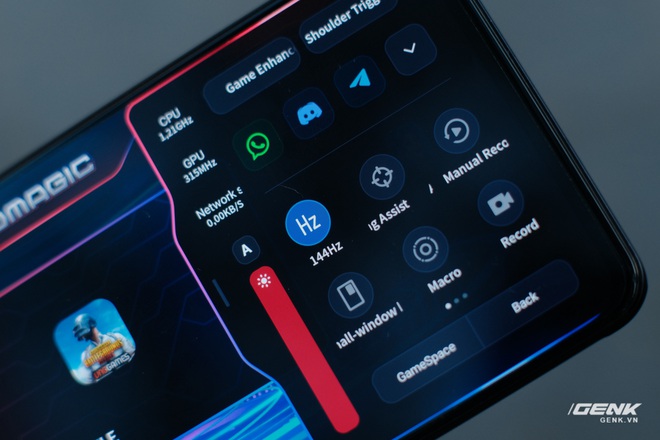 The machine also has a separate game mode available, when activated, it will allow you to customize usage performance, screen refresh rate, macro settings, screen video recording and many other features. 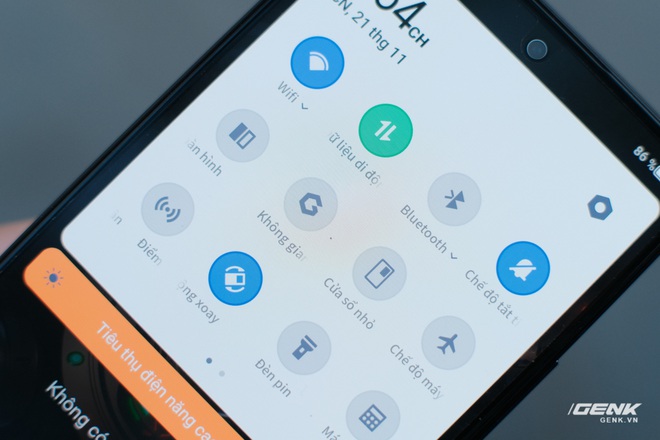 Game mode can be activated by swiping from left to right while in any game, or via the status bar. 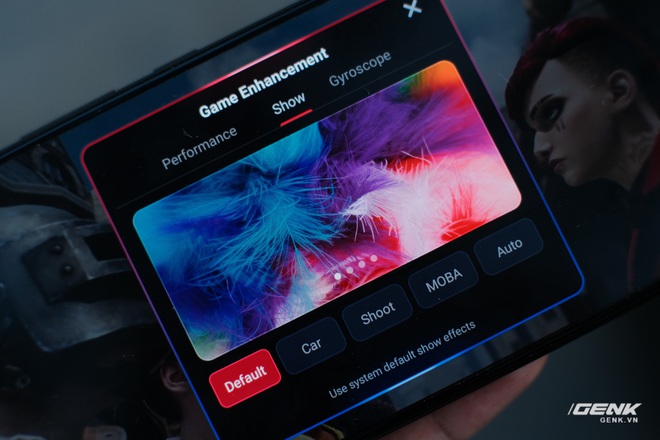 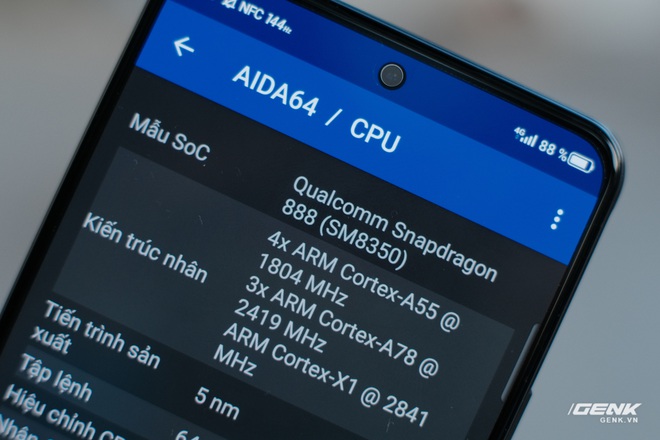 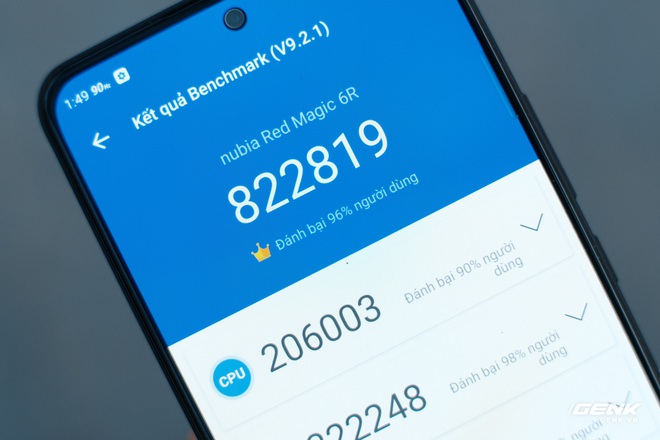 Benchmarking with AnTuTu software, the score of Red Magic 6R reached more than 820,000 points, completely capable of playing many current heavy games smoothly. However, not all games can take full advantage of the 144Hz refresh rate screen

The device runs on Android 11 with the new Red Magic 4.0 interface. However, although there is a genuine version, the software of the device does not fully support Vietnamese. Some options are also mistranslated, missing or incorrectly translated according to the feature, making the user experience quite uncomfortable. ZTE should be able to fix this problem with a future software update 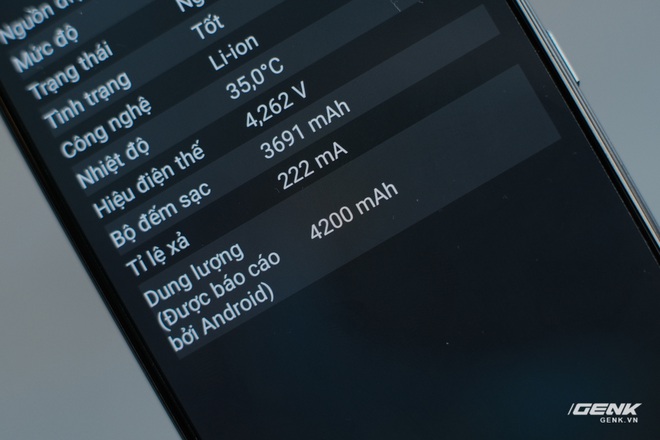 The device has a 4200mAh battery, supports 30W fast charging for the international version (including the Vietnamese version), the Chinese domestic version will be 55W 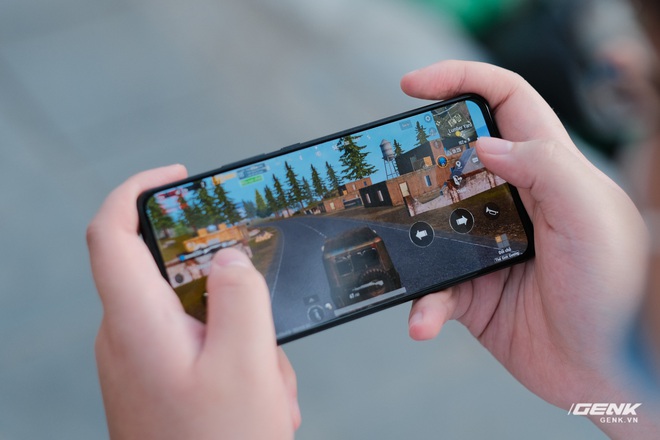 Red Magic 6R currently has a genuine price in Vietnam from 15.49 million VND (refer to CellphoneS retail system). The 12GB RAM version with 256GB memory will cost 17.49 million VND. This price is still much cheaper than the ROG Phone series from ASUS