This is the most advanced version in the Reno7 series this time. The device has a design similar to the leaked images, including a flat back with beautiful decorative textures, a redesigned camera cluster and a square frame like the iPhone. Reno7 Pro is sold with three color options: black, white and blue. 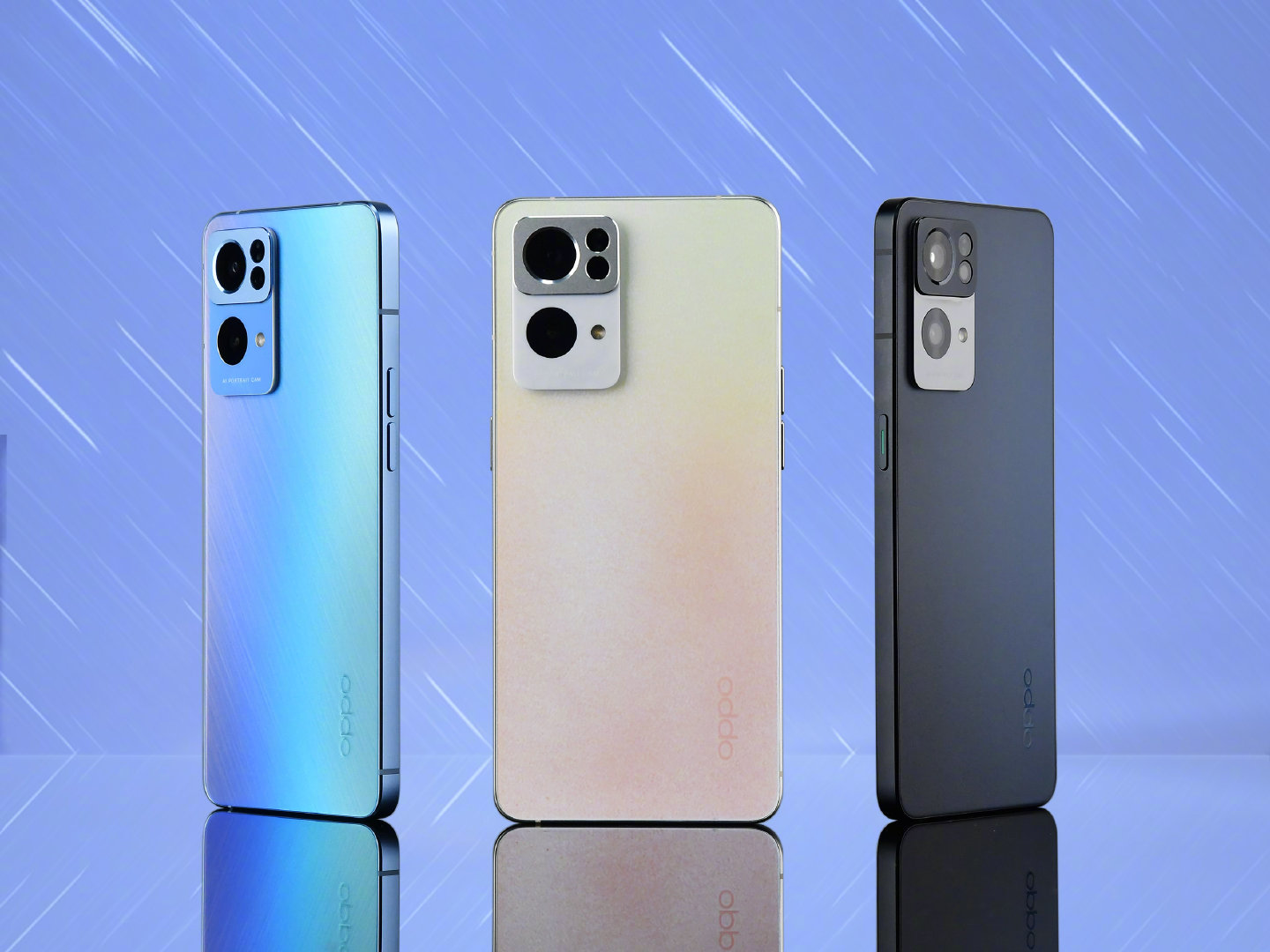 In terms of camera parameters, OPPO Reno7 Pro is equipped with a cluster of four main cameras including a 50MP wide-angle camera using a Sony IMX766 sensor (the sensor that appeared on OPPO Find X3 Pro), an 8MP ultra-wide-angle camera and a 2MP macro camera. The highlight of this year’s Reno7 series comes from the selfie camera when it is equipped with a 32MP camera using the Sony IMX709 sensor, a sensor developed by Sony specifically for Reno7 and Reno7 Pro, promising to bring superior shooting performance compared to the previous year. with previous generations. 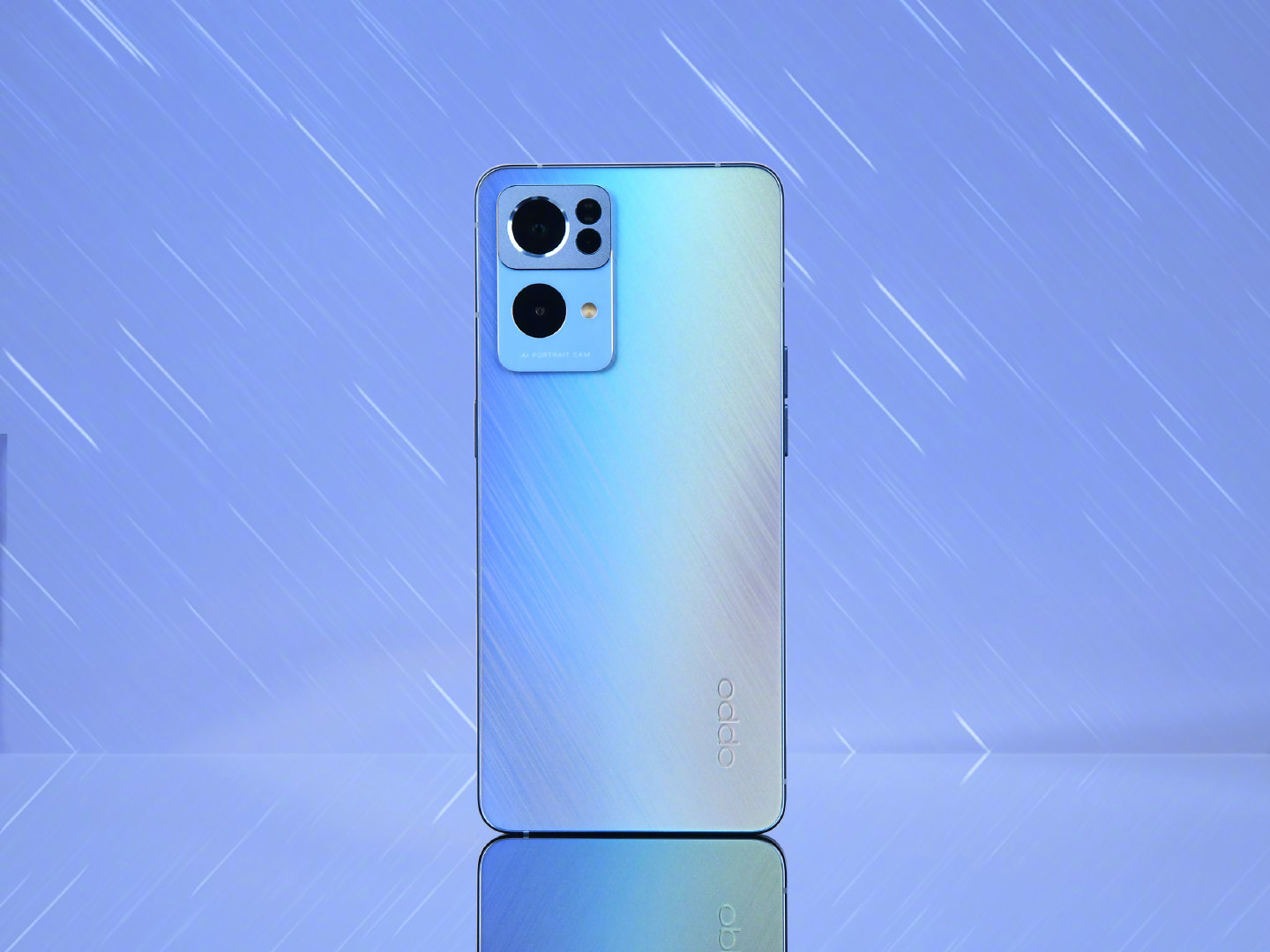 In addition, another highlight of the OPPO Reno7 Pro is that the main camera cluster of the device is integrated with a surrounding LED strip, which has a rather fancy glow effect and is also a status notification light. 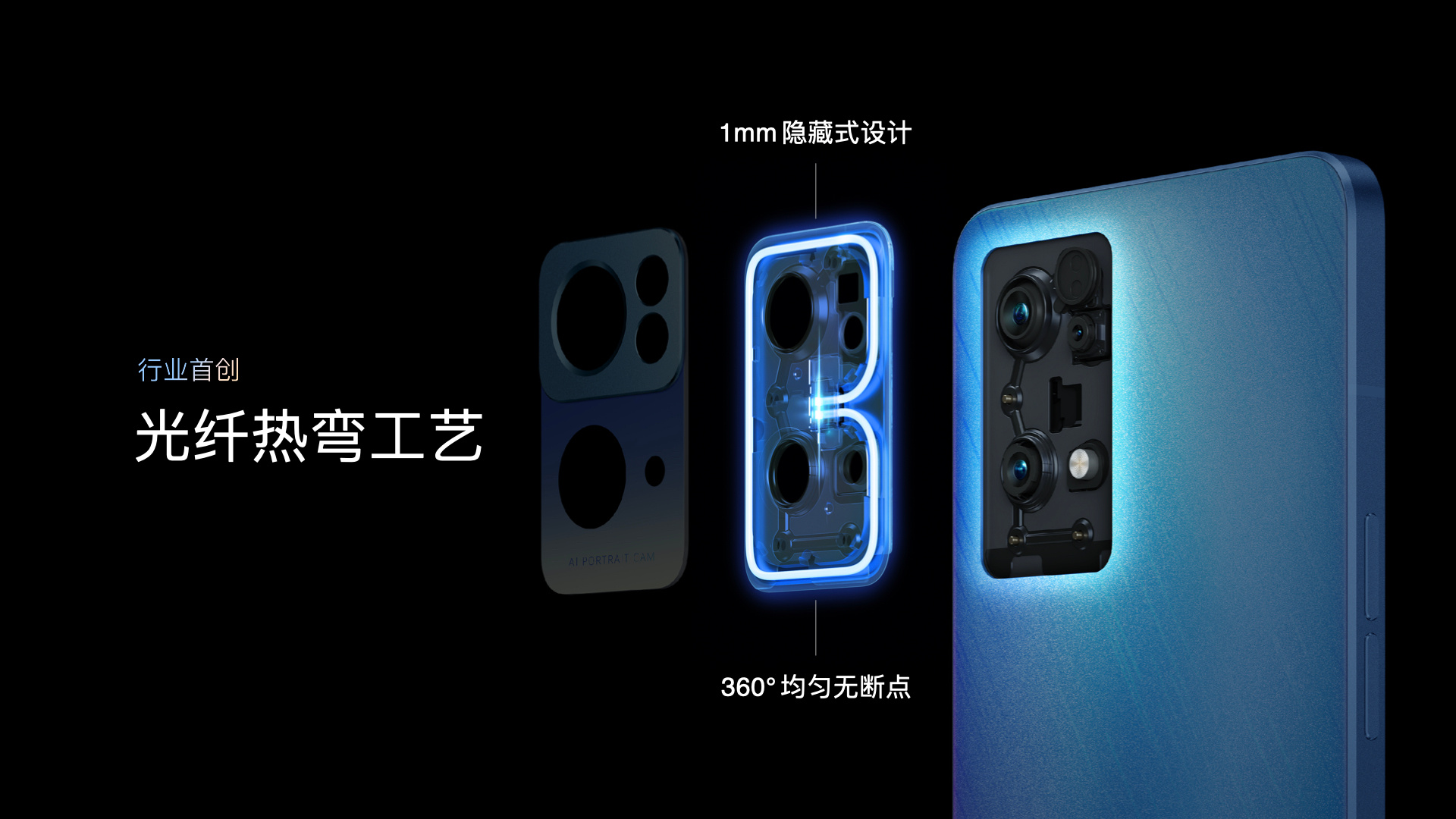 On the front, Reno7 Pro is equipped with a 6.55-inch screen, using an AMOLED panel with Full HD + resolution and 90Hz refresh rate. This screen uses a “mole” design with the selfie camera placed in the left corner and is a flat screen. 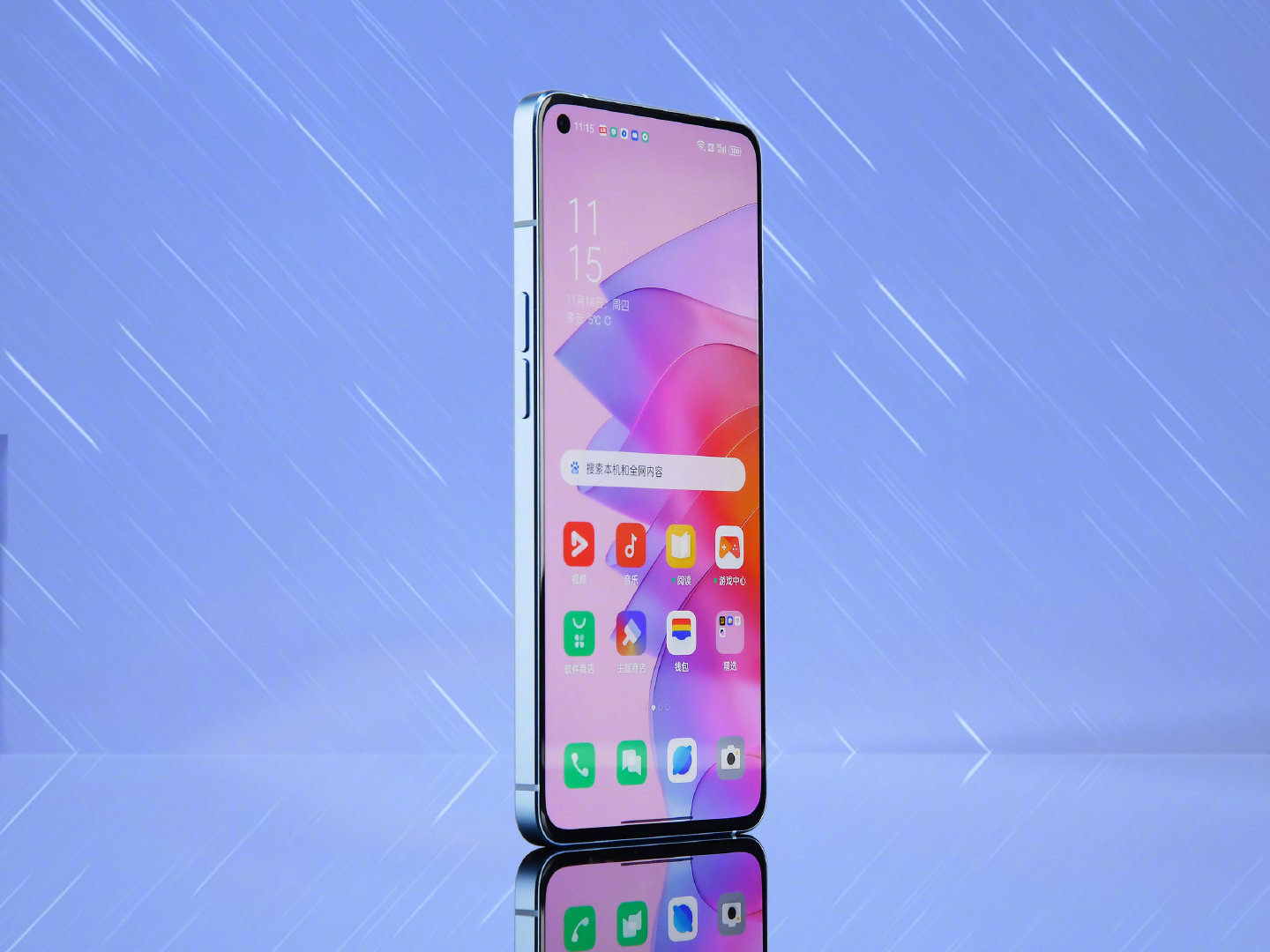 In terms of performance, OPPO equips the most advanced version with the Dimensity 1200-Max processor, a chip that improves the performance of the Dimensity 1200. The device has 8GB or 12GB RAM, 256GB memory capacity. The battery of Reno7 Pro has a capacity of 4500mAh, supporting 65W SuperVOOC 2.0 fast charging. Reno7 Pro will run on Android 12 with the latest ColorOS 12 interface. 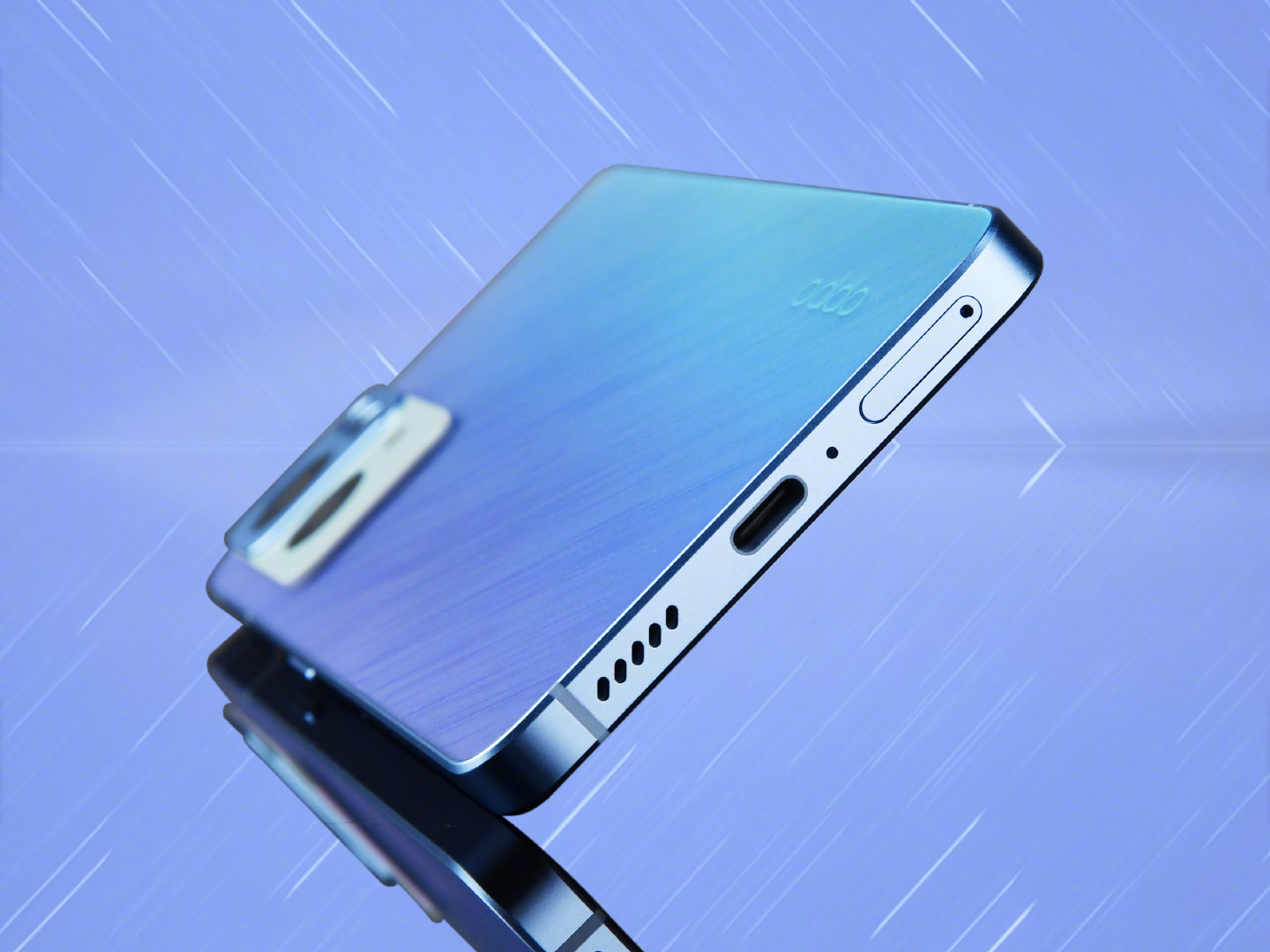 This is the standard version of the Reno7 series, which is cheaper but still has a lot in common with the Pro version. The device will still have a flat back and square frame similar to the Pro version. The camera cluster is also designed almost similarly. The difference comes from the internal hardware specifications.

Specifically, the standard Reno7 is equipped with three main cameras including a 64MP wide-angle camera, an 8MP ultra-wide-angle camera and a 2MP macro camera, but without this sensor, it is a Sony IMX sensor. This version is also equipped with a 32MP Sony IMX709 selfie camera similar to the Pro version.

On the front, Reno7 is equipped with a 6.43-inch screen, which is also an AMOLED screen with Full HD + resolution and 90Hz refresh rate, the screen also uses a “mole” design.

In terms of performance, the standard OPPO Reno7 is equipped with Snapdragon 778G processor, 8GB or 12GB RAM, 128GB or 256GB internal memory. The battery has a capacity of 4500mAh but supports 60W fast charging. 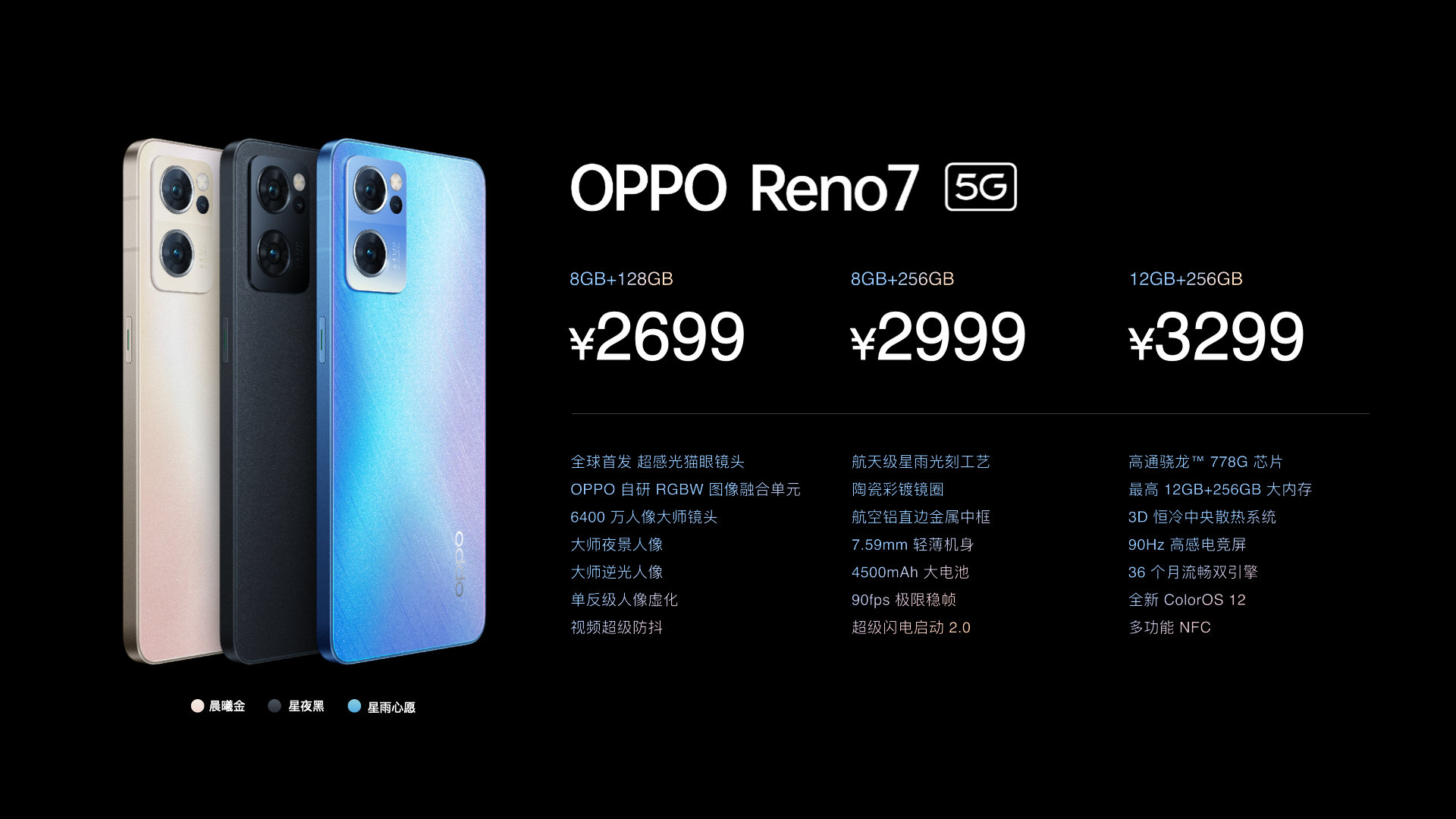 The starting price of OPPO Reno7 in China is 2699 yuan, equivalent to 9.5 million.

SE is the cheapest version in the Reno7 series this time. This version removes the flat design and square bezel. The device has a 48MP Sony IMX581 wide-angle camera and two additional 2MP cameras, a 16MP selfie camera. 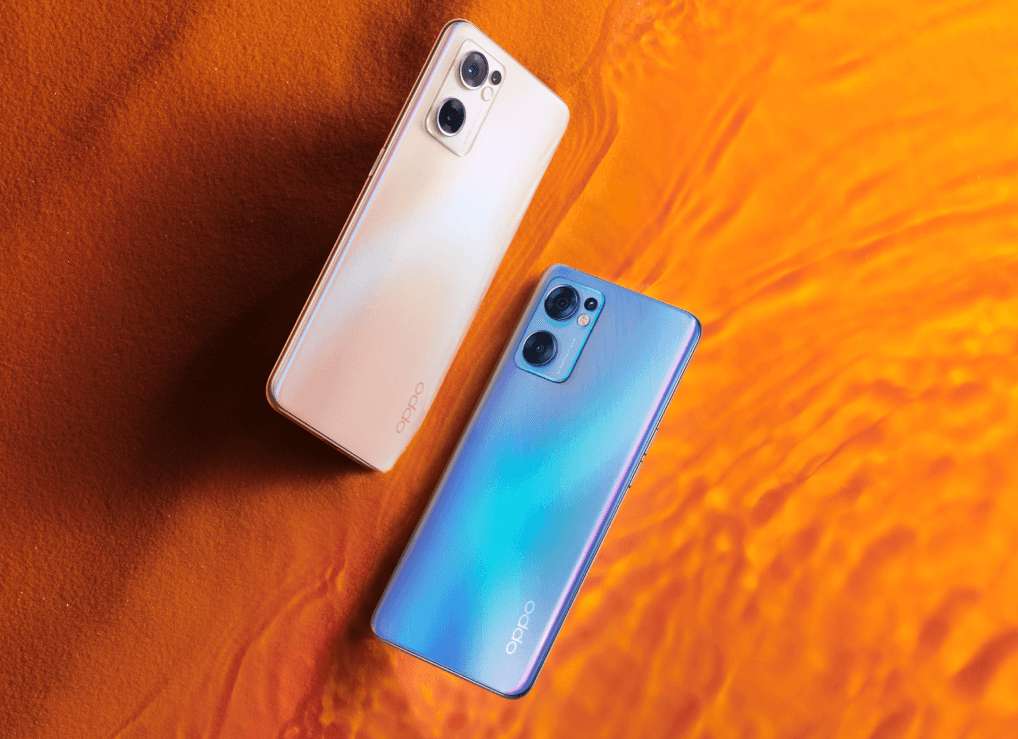 The screen of Reno7 SE is also an AMOLED screen with a size of 6.43 inches, Full HD + resolution and 90Hz refresh rate.

The starting price of Reno7 SE is from 2199 yuan, equivalent to 7.8 million. All three versions will be available in December. 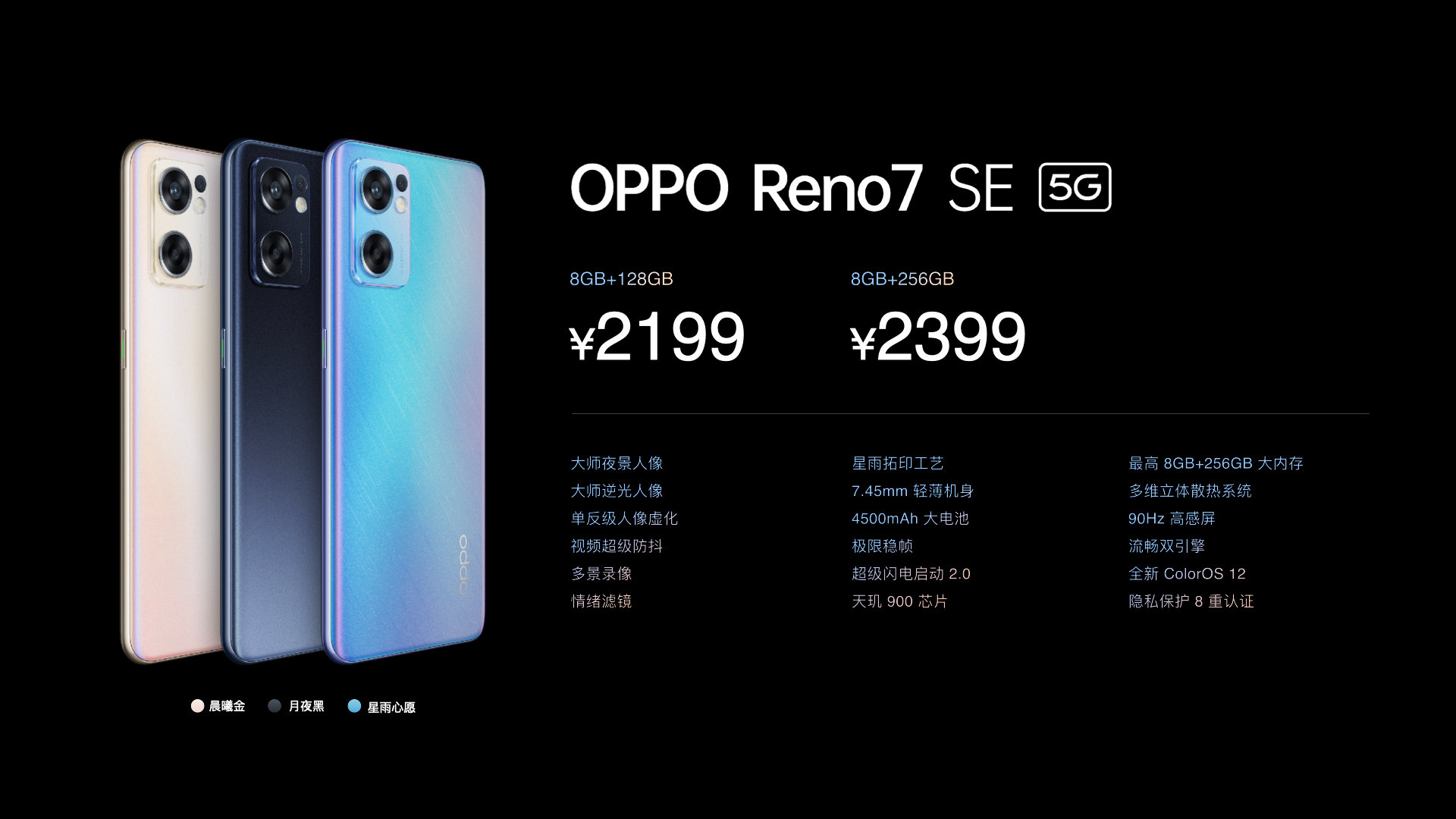