Why switch between bus and train, if you can be on a vehicle that can travel on both road and rail?

That’s the thinking behind the dual-mode vehicle (DMV), which is expected to begin operating in Japan on December 25.

Developed since 2002, the DMV system is currently operated by the Japanese company Asa Coast Railway. Initially, three vehicles will be deployed, with the mission of traveling about 123 km from the Awa Kainan Bunka Mura cultural facility in Tokushima Prefecture to the Umi no Eki Toromu marina in Kochi Prefecture. 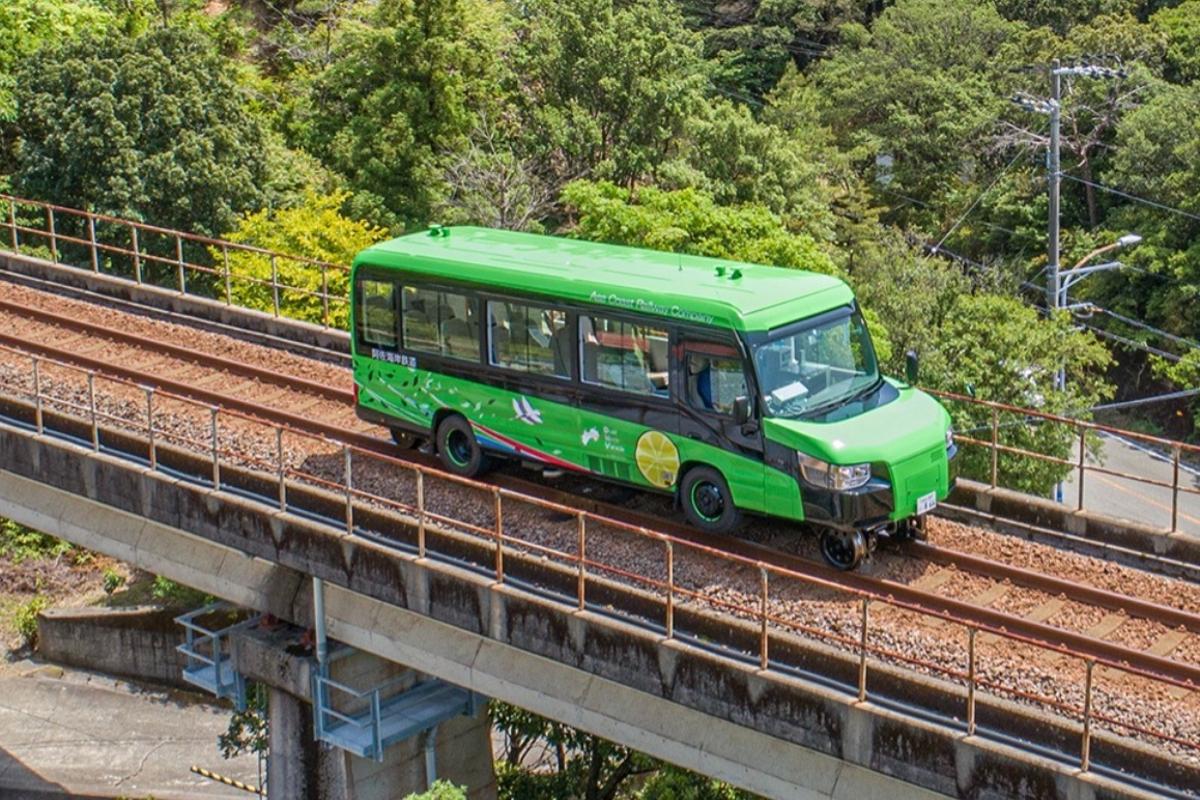 Each DMV is a modified diesel-powered bus that can carry 23 passengers (18 seated, four standing) along with the driver. When traveling on the road, it just needs to move on its tires like any other bus. However, when it’s on the rails – the rail system is exclusive to the DMV – the push of a button causes the front and rear set of steel rail wheels to be deployed from the underside of the undercarriage.

The front tire of the car will be fully lifted off the track, while the rear tire will be in contact with the track to create thrust. It can then travel in rail mode at a top speed of 80 km/h, although in reality it will only be limited to a speed of about 60 km/h.

Along the seaside route – which is largely designed to cater to tourists – the DMV will change modes twice. The entire mode change process is reported to take only 15 seconds. For safety reasons, vehicles will not use the existing railway lines used by trains in the country.

According to Asa Coast Railway, since most of the DMV’s route runs on railway lines, it is significantly more fuel efficient and less polluting than traditional buses. It would also require less maintenance, plus it could help transport people in the event of an earthquake or disaster, a situation where highways or railways alone would not be possible. .

The company also announced that the DMV will be the world’s first dual-mode bus for public use. While this may be true, rail maintenance trucks have long used similar technology for decades. In addition, other companies around the world such as Unimog and BladeRuner are also developing dual-mode passenger and cargo vehicles.