Qualcomm will officially launch Snapdragon 898 later this year. This chip will likely be the preferred choice for many high-end Android smartphone models launched in 2022. The GPU of the Qualcomm Snapdragon 898 will be the Adreno 730.

According to leaker @IceUniverse, the GPU performance of Qualcomm Snapdragon 898 will be very strong. He revealed that the performance and power efficiency of this chip far exceeded expectations.

The GPU performance of Qualcomm Snapdragon has long been at the top of the Android market. At the beginning of the 5G era, Qualcomm switched to using Andreno 6 series GPUs. Currently, the most powerful Andreno GPU is the Andreno 660 on the Snapdragon 888. The newly upgraded Adreno 660 GPU has a performance increase of up to 35%.

This level of performance allows video to be rendered at a resolution comparable to PC functionality. The new GPU also supports a 30% increase in gaming performance. This power rarely appears on GPUs for smartphones.

Basically, the GPU of Snapdragon 898 is not as powerful as the GPU of Exynos 2200 and Apple A15. However, the thermal stability of the Adreno GPU and the continuous performance is always better than the two chip lines from Samsung and Apple.

That is, gradually reducing the refresh rate when playing games is not something too serious. The Exynos 2200 is reduced by about 25%, the Apple A15 is also reduced by 35% and the Snapdragon 898 is only 20%. 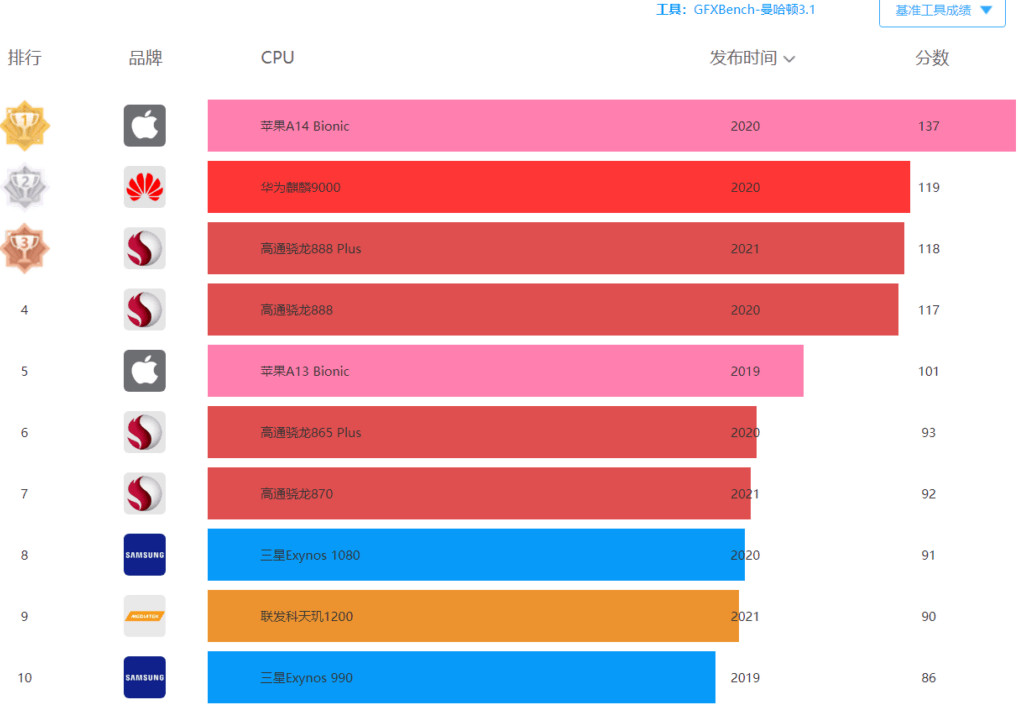 Take the Manhattan 3.1 test as an example. The Apple A14 currently tops out at 137fps, while the Snapdragon 888 has only 117fps. In other words, the initial running score of the Snapdragon 898 GPU completely beat the A14 Bionic.