When it comes to autonomous robots, many people will immediately think of rovers on the Moon and Mars. We have the Lunokhods of the Soviet Union, the Yutu and the Zhurong of China, and not to mention a series of American autonomous vehicles such as Soujourner, Spirit, Oppotunity, Curiosity, Perseverancy.

But few people know that even on Earth there are autonomous vehicles that are helping scientists reach areas they can’t reach: the Benthic Rover II is one of them. 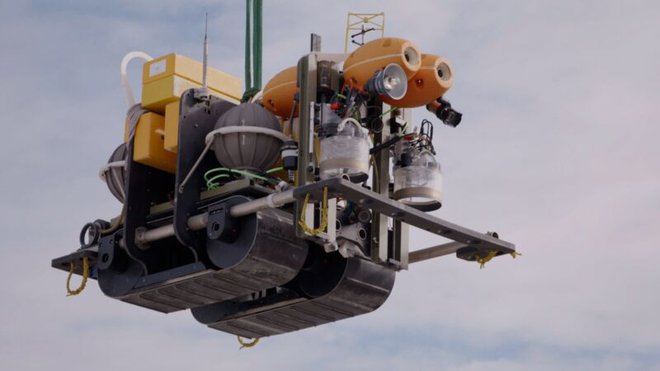 This robot that looks like WALL-E has been dropped to the bottom of the Pacific Ocean since 2014. Instead of roaming a landfill, the real-life WALL-E is operating below a depth of nearly 4,000 meters above sea level. Here, it has to endure even harsher conditions than on Mars.

The vehicle thus looks like a tank, it has tracks to keep it from sinking into the sand, it’s made from rust-proof titanium to prevent it from being corroded by seawater, the electronics are protected from pressure. , cold temperatures and undersea currents stronger than the Martian wind.

The only self-propelled rover on Earth

The Benthic Rover II mission began in 2014 at an offshore site nearly 300 kilometers off the coast of Southern California. Scientists at the Monterey Bay Aquarium Research Institute (MBARI) lowered the BR-II into the water and then… dropped it.

Completely untethered, the robot free-falled for two and a half hours before landing on a plain below the Pacific Ocean. From that point on, the Benthic Rover II will have to drive itself like the cars on Mars.

Meet the real-life Wall-E: The only self-propelled rover on Earth

However, scientists say keeping in touch with and controlling a robot on the ocean floor is even more difficult than a chariot on another planet. For example, they cannot use radio waves to communicate with the rover underwater, because water is very resistant to radio waves.

Meanwhile, radio waves travel between Earth and Mars in just 20 minutes, almost unobstructed in space. The Benthic Rover II then had to use another method of communication, by sound waves.

Scientists must maintain a floating station like a surfboard above the sea to receive signals from the Benthic Rover II. It is responsible for collecting small pings from the robot, then transmitting it to a satellite system and then back to the oceanographic institute where the signals are decoded. 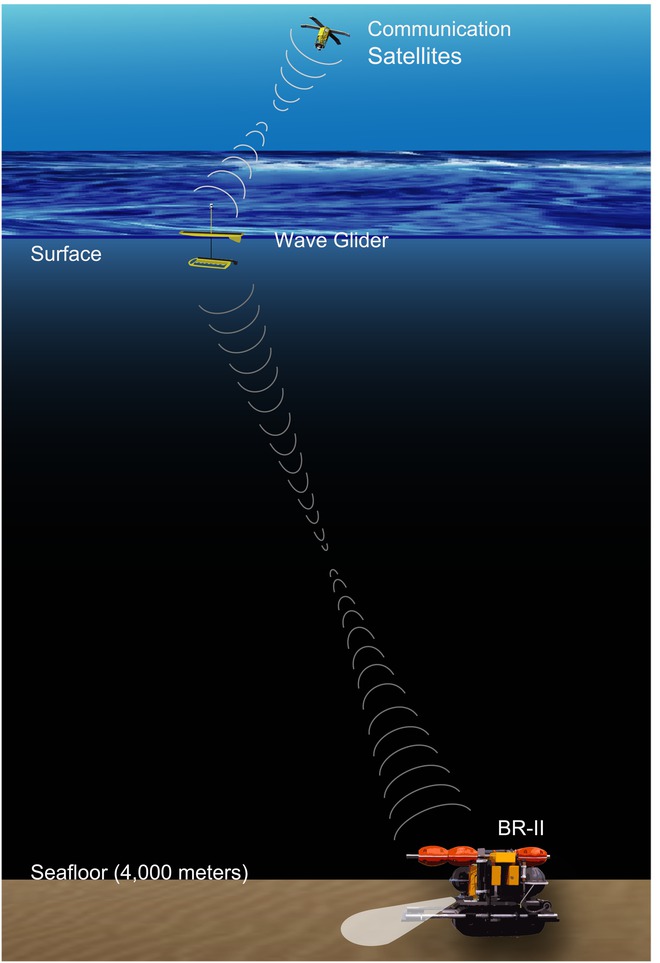 As for equipment, Benthic Rover II brings with it a fluorescent camera system with flash. It can take pictures of creatures on the deep sea floor, in the absence of light.

The camera can also emit blue light, to detect organic chlorophyll. This allowed the Benthic Rover II to record the amount of debris settling to the bottom from the sea surface, a phenomenon known as “ocean snow”.

In addition, the Benthic Rover II also carries oxygen sensors, which it can lower and hammer into the seabed. The sensors measure biological processes at work in the sediment, where bacteria may be consuming oxygen and releasing carbon dioxide.

The rover has two more sensors that determine the flow to solve the problem with a tracked tank traveling on the seabed. That is, it can disturb the sediment and throw up a large amount of dust that makes the water cloudy.

“Although it moved very slowly, it didn’t take long for the carriage to create a huge dust storm.”, said Alana Sherman, Benthic Rover II engineer at MBARI. “So we’ve always wanted to steer it into the stream, so that the flow can blow the disturbed sediment back.” Flow sensors will automatically navigate the robot that way. 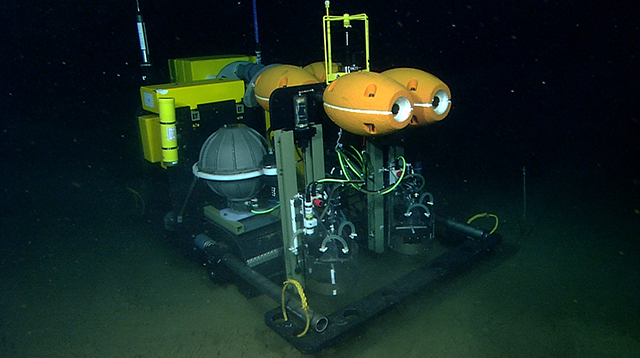 After that, the carriage continued to move 10 meters to a new position. “It won’t know if it’s driving itself off a cliff – all we programmed it to do is drive 10 meters forward.” Sherman said. “But luckily there are no cliffs around this area, so we took advantage of the environment to keep the robot as simple as possible.”

The simplicity of the Benthic Rover II allows it to maximize power consumption. On average, this rover only consumes about 2 watts of power a day, equivalent to an iPhone. Its battery can run continuously for 1 year.

Since being dropped, scientists have performed 7 battery changes for the Benthic Rover II. Each time, they would send a signal from the boat to the robot, telling it to rise to the surface by releasing a weight of more than 100 kg from its abdomen.

When the weight is released, the robot can float with special buoys behind it. To withstand the pressure, these buoys had to be made of hard material and contained glass spheres, each of which was hollow to hold air. 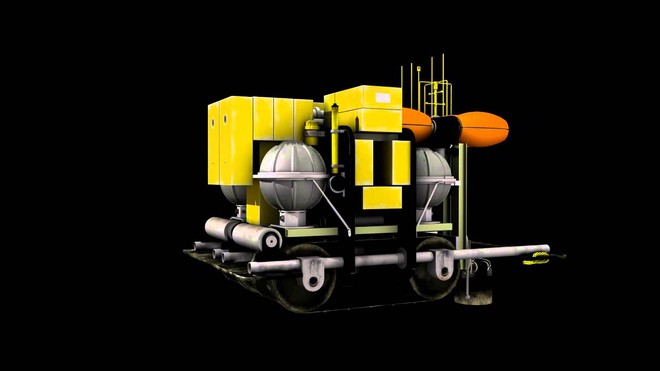 After the Benthic Rover II emerges, scientists will plug it into a computer to download all the data the robot has collected within a year. At the same time, they changed the robot’s battery, checking it for any problems.

If nothing is out of the ordinary, the robot will be released back to continue doing its job for another year. But during the most recent inspection, it was found that one side of the Benthic Rover II’s engine was damaged. Therefore, the robot was brought ashore for repair.

An army of rovers under the sea

In total, the Benthic Rover II completed a seven-year exploration period under the ocean. During its lifetime, this rover has allowed scientists at MBARI to explore many interesting things on the deep sea floor.

For example, they recently published a study in the journal Science Robotics that monitored the carbon cycle that occurs at the bottom of the Pacific Ocean. “Most people today still underestimate the role the deep sea floor plays, despite the fact that it is making an important contribution to keeping our planet healthy and fighting climate change.” Lisa Levin, a seabed researcher at the Scripps Institution of Oceanography.

“If we had an army of robots with devices like this, they could help us better understand the geochemical changes on the seafloor – a very important factor for improving gas models. climate, ecosystem model, aquatic model“. 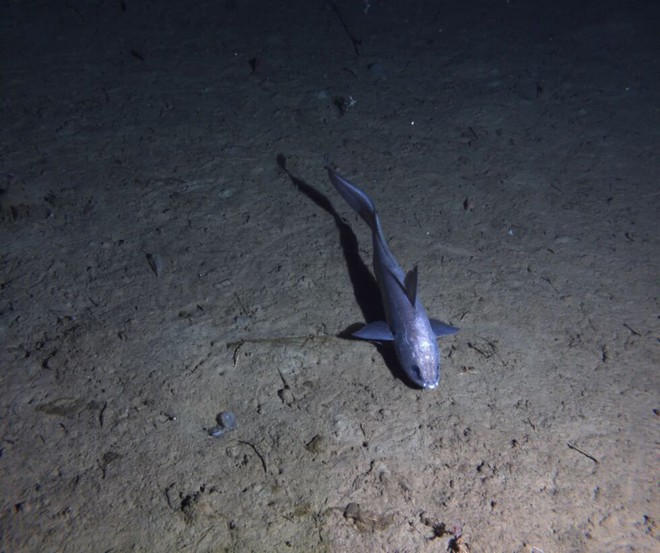 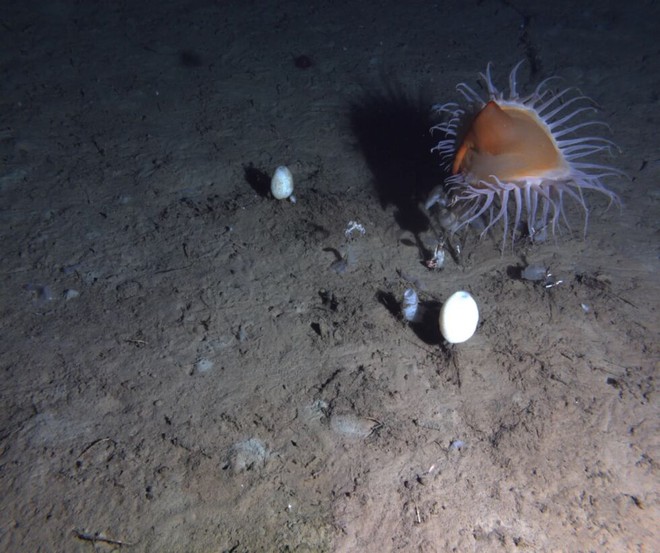 Rovers like the Benthic Rover II can also help scientists study the impact of undersea mining, such as exploratory drilling and oil and gas extraction. Unfortunately, there are not too many robots like this in the world.

Benthic Rover II is almost a unique vehicle because its cost and technology is quite expensive, requiring a lot of technical know-how to operate. There is only one other seabed rover in the world, the German Tramper, operating at the bottom of the Arctic.

Therefore, the vacation of Benthic Rover II this time will not last long. After the robot is overhauled and maintained, scientists will drop it again on the seabed off the coast of California.

Developed for over 25 years, the Benthic Rover II has now achieved a very stable lifespan. It is expected that it can continue to roll on the seabed and serve people for many more years, before we design more next-generation seabed rovers. 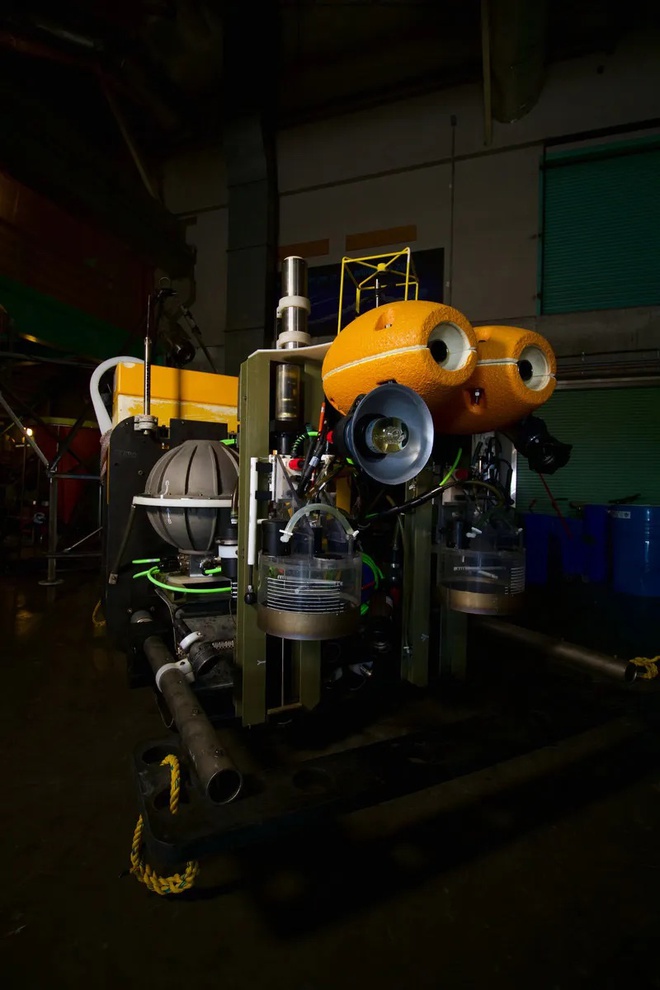 “If you are an astronomer and you alone have the best telescope in the world, that telescope can only look at one star. If you have more telescopes to look at more stars, you get a better picture of the sky.”

The same is true of seabed self-propelled vehicles. “We would welcome it if other research units could build more rovers like this“, Sherman said.