A diamond formed deep in the Earth’s mantle contains a mineral unknown to science. The new discovery has revealed a little about the structure of the soil layer at a depth of more than 660 kilometers, and helps geologists understand better how the mantle manipulates continental plates.

Minerals in the form of calcium silicate perovskite form only in places of extreme pressure deep in the earth. Most likely, the sample analyzed formed in the soil layer about 660 to 900 km below the surface of the Earth. Although scientists have been able to create it in a laboratory environment with a pressure of 20 gigapascals (nearly 200,000 times the pressure in the atmosphere), the artificial calcium silicate perovskite changes state when it is no longer in the atmosphere. in high pressure environments.

Scientists assume that calcium silicate perovskite will never be collected in the wild. “We thought the sampling rate was so low that we never looked at it“, said mineralogist Oliver Tschauner of the University of Nevada. 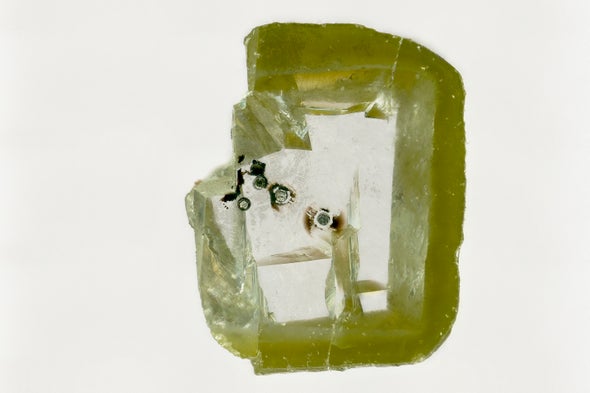 The team named the new mineral “davemaoite” after geologist Ho-Kwang “Dave” Mao, who pioneered the application of diamonds to create great pressure. The discovery by Tschauner and his colleagues has been published in the journal Science.

Because the rocks in the mantle and the Earth’s crust are so closely linked, geologists can predict much of what makes up the mantle just by looking at the structure of the crust. Geological activity still pushes rocks and minerals deep below the Earth to near the surface, and this millions of years process can reveal priceless “treasures”.

Minerals in the deep will change when they leave the high pressure and temperature environment of the mantle, only diamond remains unchanged. That’s why diamonds become “windows” that allow researchers to peer deep into the earth. Diamonds form at a depth of at least 150 km below the surface, and there are diamonds formed at depths of up to 1,000 km.

The crystal structure of diamond is made up of pure carbon, but sometimes, there will be impurities mixed within this tough mineral mass. And because diamond is incredibly hard, the microscopic impurities embedded in the diamond’s structure are always under tremendous pressure, even when the diamond is exposed. 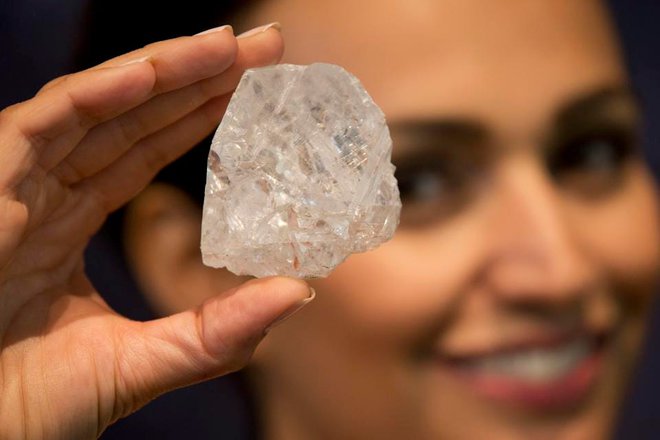 “Diamonds don’t let anything get in or out of them. Diamonds are a perfectly sealed box,” said geologist Oded Navon, who was not involved in the new study.

The amount of davemaoite in the Botswana diamond is extremely small, the impurities are only 5-10 micrometers across. Professor Tschauner and his colleagues used x-rays to analyze the impurities present in the diamond, then shone a laser at two of three small pieces of matter, vaporizing it and sending the finished product into a device with name mass spectrometer to learn their composition.

The team discovered that the mineral davemaoite contains large amounts of potassium; According to Professor Tschauner, it is possible that potassium contributed to the stabilization of the exposed mineral. The large amount of potassium also opens up the possibility of a “conveyor belt” transporting the element between the crust and the mantle, according to geologist Yingwei Fei. Mr. Fei was not involved in the research, but is currently writing a scientific report that complements Professor Tschauner’s new findings. 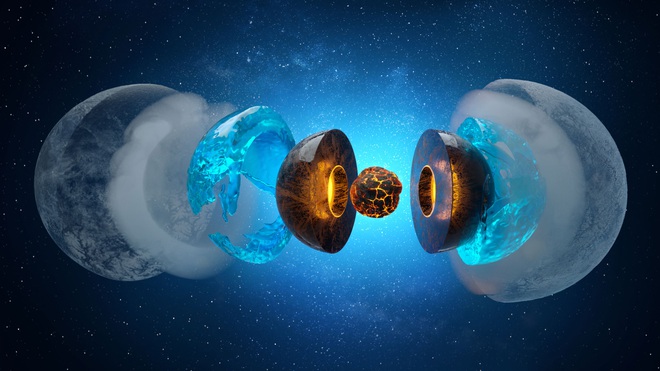 Potassium is not present in much of the mantle, but it has most likely moved down to this depth from the crust.

Potassium can be radioactive, and the newly discovered mineral davemaoite also contains small amounts of radioactive elements such as thorium and uranium, which do not “get along” with many other minerals that exist in the mantle. below. This is an important finding, because the decay of these radioactive elements contributes to about a quarter of the heat generated in the earth.

Inferring from the density of minerals present in the Earth’s surface, the researchers estimate davemaoite makes up about 5-7% of the composition of the lower mantle. However, Mr. Tschauner argues that davemaoite is not evenly distributed. Thus, it is possible that thorium-rich uranium or davemaoite pools are the reason why many locations in the mantle have higher temperatures than others.

These “hot spots” may be the factors that cause minerals to circulate in the Earth’s crust and cause geological plates to shift; Each small influence of these hot spots can cause a chain effect, altering the structure of the Earth’s surface.

Differences in mineral and radioactive densities could open up new insights into the relationship between the Earth’s crust and deep mantle layers, possibly even explaining how elements move underground . This is an area of ​​research that took off not too long ago, and the new findings promise to expand humanity’s library of geological knowledge.

According to Scientific American