Thanos is one of the biggest villains in the Marvel universe, and Darkseid is the famous tyrant of the DC universe. After stepping on the screen respectively through Avengers: Infinity War and Justice League Snyder Cut, the reputation of this villainous duo rose a notch and became an integral part of today’s pop culture. .

However, while fans are busy debating who is the more powerful villain, Marvel and DC once made an ambitious project when merging Darkseid and Thanos into a super villain named Thanoseid. In the Amalgam universe, where there are continuous combinations of superheroes of these two popular comic book brands, Thanoseid was born, converging all the strengths as well as the most evil personality traits. between the ruler of the planet Apokolips and the mad Titan. 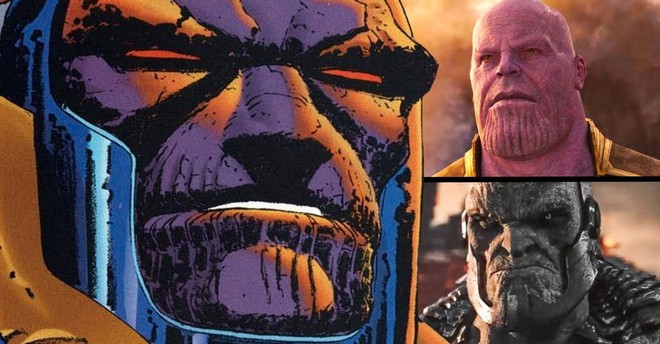 As noted above, Darkseid and Thanos are both well-known villains for their own universes. Darkseid is the product of comic book legend Jack Kirby, first appearing in Superman’s Pal Jimmy Olsen series, and is a counterweight to DC’s greatest superheroes in their quest to conquer the Anti-Life Equation. ).

Meanwhile, Thanos was created by Jim Lee and featured in Iron Man #55 a few years later. This character quickly attracted the attention of Marvel fans after appearing as the “last boss” in the first 3 phases of the MCU, and was also the first villain to “walk” for the entire Avengers team. on the big screen. Despite possessing different abilities, both Darkseid and Thanos are constantly searching for great sources of power to control and shape the universe to their liking.

Returning to Marvel and DC’s Amalgam crossover event, Thanoseid has appeared in 3 different series, most notably Thorion of the New Asgods by Keith Giffen, John Romita Jr., Digital Chameleon, Richard Starkings, Dan Brown and Comiccraft/KF. This series has “unified” Marvel’s Thor with DC’s Orion in the context of a completely new world – another combination between Asgard and the kingdom of the New Gods. 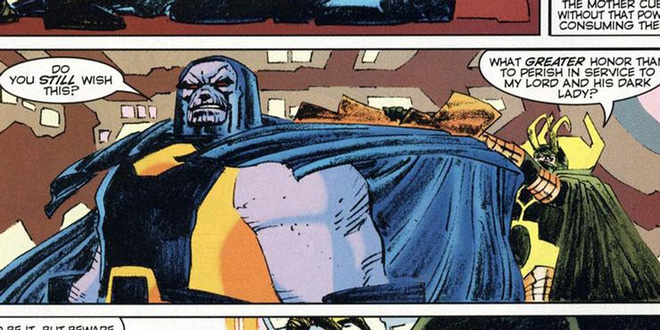 Thanoseid is the one who indirectly caused Ragnarok in the Amalgam universe.

In it, Thanoseid gave the Mother Cube to L’ok D’saad (Thorion’s younger brother) to carry out Lady Death’s plot, thereby creating Ragnarok. The series ends with Thorion’s sacrifice in order to prevent a terrible apocalyptic event from descending on his hometown, and thereby becoming a Celestial cosmic entity thanks to the Infinity Essence energy inside the Mother Cube.

However, before confronting the New Gods, Thanoseid appeared in both Bullets & Bracelets by John Ostrander, Gary Frank, Cam Smith, John Kalisz, Starkings and Comicraft. This series builds on the image of Diana Prince and Trevor Castle in a similar style to the Punisher, and both are the same heroes who went head-to-head with Thanoseid. The villain’s goal is to establish order with the Infinity Links – which the Earth’s greatest superheroes have always kept and hidden from him. 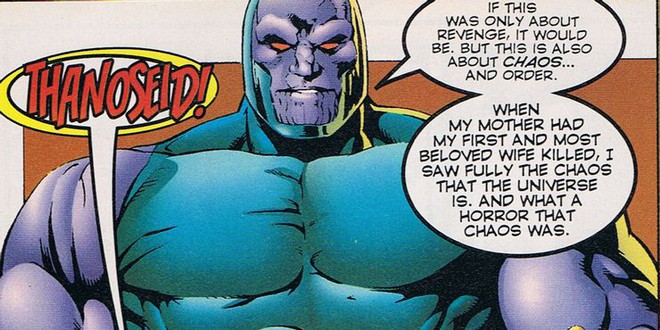 Thanoseid wants to restore order to the universe with Infinity Links.

However, it did not end there. In one of Fleer’s card collections, Thanoseid even pursues the power of the Ultimate Anti-Life Nullifier, a hybrid version of the Ultimate Nullifier (Marvel) and Anti-Life Equation (DC). His goal is to rewrite all of reality with Doctor Doomsday, but is ultimately defeated by the righteous superheroes. It’s a pity that this idea, titled The Secret Crisis of Infinity Hour, was never adapted into a comic book.