International media has just posted some new images showing a VinFast VF 8 testing on a snowy road in Germany. This is one of the important stages in assessing the performance of cars sold in Europe – where there are harsh winters with heavy snowfall.

VinFast has not announced details of this test, but it can be seen that the VF 8 prototype appears in a new series of photos that have performed a number of exercises such as drifting on the snow, testing at different speeds,… There , in addition to the engine, transmission or transmission, features such as air conditioning, technologies, lights, … are expected to also be tested in cold conditions. The obtained data will be important information for VinFast to adjust the product before selling the commercial version globally. 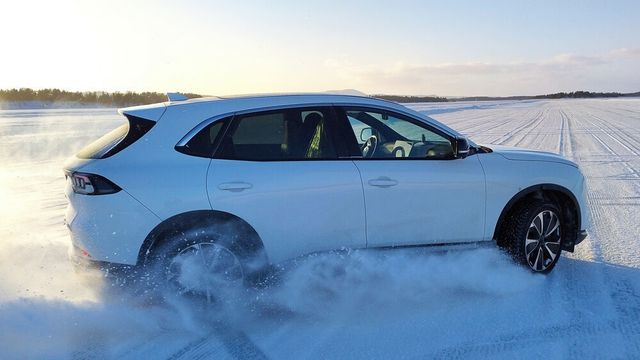 The VinFast VF 8 drifts on the snowy road. 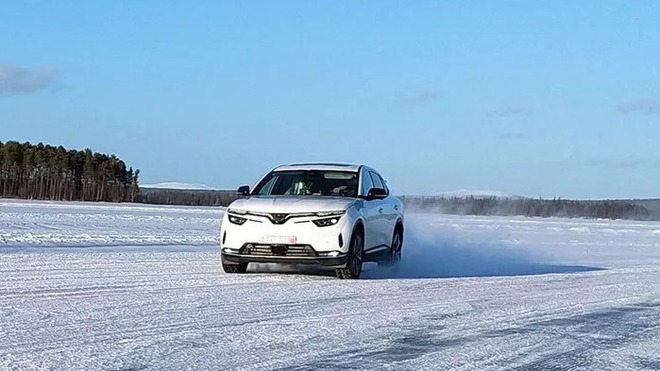 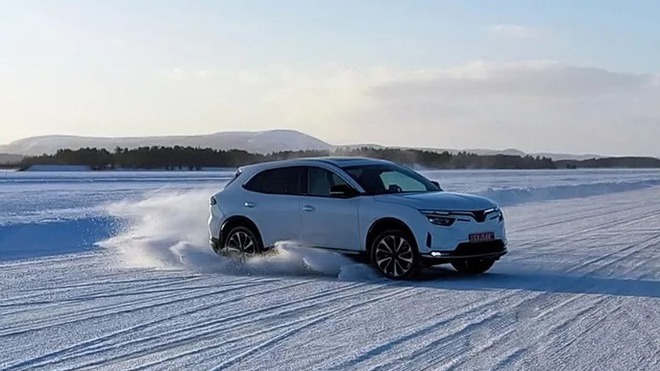 The test car this time is not fully covered, perhaps because all information about the car has been officially announced.

The white VF 8s were once brought to the US for public testing on the road. However, based on the image, it can be seen that this test car is not the version for the US market.

Previously, in January of this year, a VinFast VF 8 was also tested in snowy conditions in Europe. At that time, the car was still camouflaged. The VF 8 appeared while plugged in at a public charging station in Turkey. 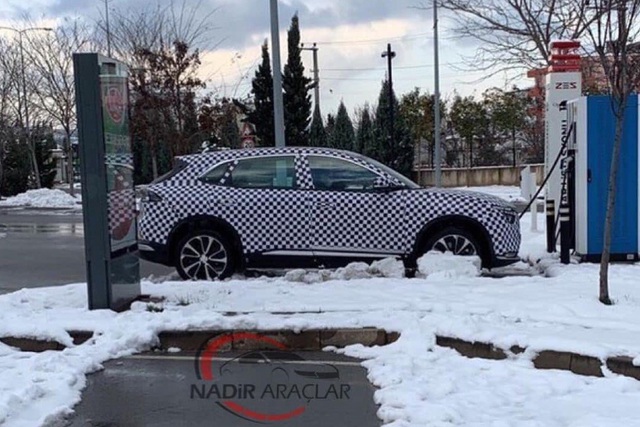 The VF 8 (also known as the VF e35) has been spotted running in the snow.

VF 8 is the first electric car model that VinFast officially sells to the international market. VinFast sets a big ambition to sell two models VF 8 and VF 9 to many continents. In the immediate future, VF 8 and VF 9 will be announced for sale in the US, Canada, Germany, France, the Netherlands and even Israel. This SUV duo has also been opened for sale in Vietnam and is just waiting for the handover date. 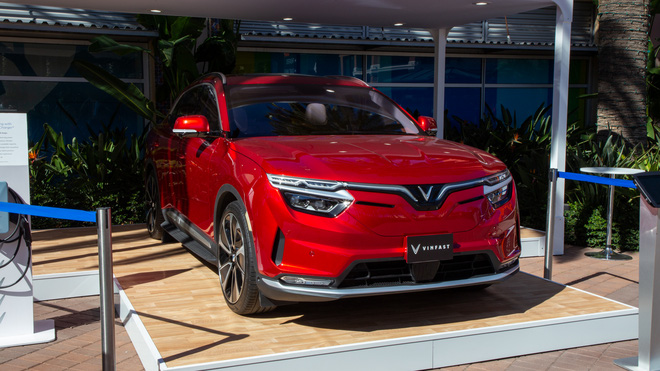 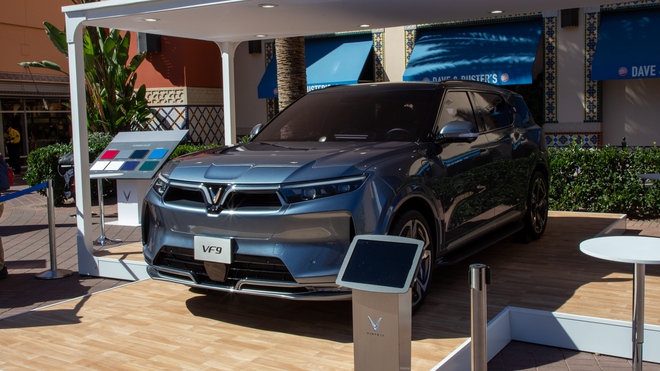 Prototypes of the VF 8 and VF 9 were shown in the US, then in Canada.

In addition, these two electric vehicles also have the ADAS and Smart Services option packages. According to the latest announcement of VinFast, in Europe, this package is called VinFast Smart Driving, with a one-time payment of 7,250 euros, or 150 euros for a monthly payment package.

The VF 8 is above the segment compared to the VF e34. The car belongs to the D-size SUV/crossover segment, about the same size as Mercedes-Benz GLC or Hyundai Santa Fe. This model has modern equipment such as “full” LED lights, 15.4-inch screen, panoramic sunroof, smart technology features. The electric motor has a capacity of 402 horsepower, 640 Nm of torque and 4-wheel drive system. Two versions of VF 8 give a range of about 460 km and 510 km after a single charge. 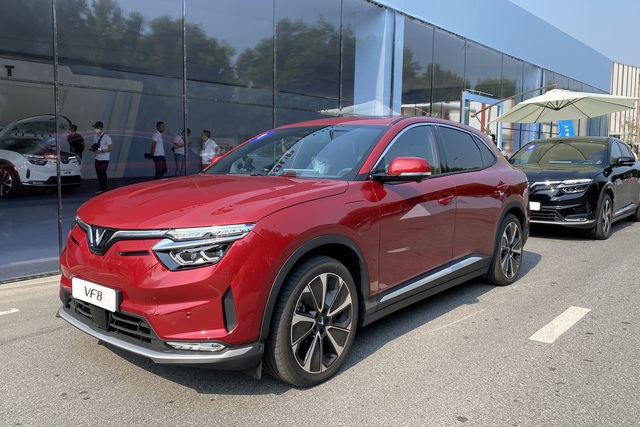 If the VF 8 is constantly showing up, even with a prototype at the factory, the senior VF 9 is a bit more discreet. This model has just appeared in the form of an unfinished prototype.

The VF 9 is in the higher segment of the E-class SUV/crossover, ie the size of the Mercedes-Benz GLE. Equipment on this model also has many similarities on the VF 8. The battery of the two VF 9 versions gives a distance of about 485 km and 680 km after a single charge.