The tech industry is an ever-changing, and ever-evolving one, and in 2021, the second year affected by the COVID-19 pandemic, what we now call the new normal, began taking shape. As a result, smartphones, wearables and even televisions saw common trends in new features and additions.

Elements like NFC on phones, or good webcams on laptops became more important than ever and tech areas where the pre-COVID world would have compromised, now became deal-breaking components. Here are some of the top COVID-induced trends we saw in products in 2021.

Camera quality on phones has been a big deal for over a decade, but cameras on laptops and tablets usually got by as long as they took care of the basics. That changed in 2020 and continued in 2021 when Zoom, Google Meet, and Teams became the new way of conducting meetings for a large part of the world’s workforce.

Laptops became work PCs, while tablets turned into mobile schools for kids indulging in e-learning from the safety of their homes. This meant one thing, basic cameras were no longer enough. We started seeing much better cameras on tablets which now offered larger sensors, enabling them to take in more light, making a night time or low light video call possible (without excessive grains, that is). We even started seeing third-party 1080p webcams become more popular throughout the year for those who had renewed their old PCs or built entirely new ones. On the other hand, for those who couldn’t find a good camera quickly, solutions like DroidCam did the trick, allowing phones to be turned into webcams for PCs.

If that wasn’t enough, even TVs, which usually did not include a camera in their feature-set, started coming with one. The TCL C825 for instance, comes with its own detachable camera that allows users to take video calls to the big screen, which for many people could have been the closest thing to social interaction, especially those in lockdown or quarantine.

Throughout 2020, a lot of people got used to working at home and the backbone of remote workplaces was reliable WiFi and cellular data connections. In 2021, we started seeing bigger data plans by telecom providers, now with added benefits like bundled OTT subscriptions. Data rollover became something customers began demanding and work-from-home data booster plans continued to exist.

Also, with more people inside the house, TVs, tablets, smartphones and even consoles, all now connected to the same WiFi network, we also started seeing interest develop around mesh WiFi networks which enabled a more reliable connectivity experience for bigger apartments and bungalows.

Moving forward, 5G rollout and more popularisation of WiFi 6 is expected to improve connectivity even more for remote work as well as gaming and entertainment.

Good headphones, microphones, TWS earbuds and even soundcards remained popular products to purchase as people worked as well as socialised remotely. With the competition in the audio segment rising up, technologies like ANC (Active Noise Cancellation) became much more democratised and what was once a premium feature can now also be found on earbuds that cost under Rs 10,000.

As a lot of players jumped on the audio product bandwagon, both on the budget and the premium end, we started seeing bigger differentiators. Audio products were no longer just about the sound. Products like the Nothing ear (1) now also rested on aesthetic appeal, while the Pixel Buds A-Series brought features like real-time translation to the table. 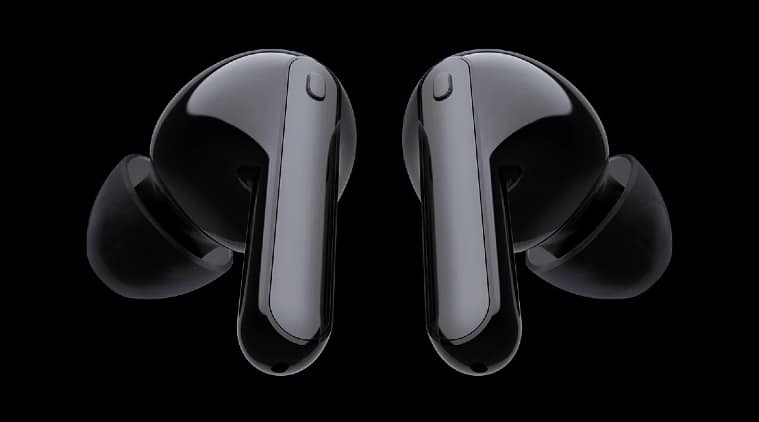 For earbuds like the LG Tone Free, it was an in-built mechanism to cleanse the product when not in use. Coming to wearables, we saw some fitness bands that now offered temperature scanning while additions like heart-rate tracking and Blood Oxygen tracking (SpO2) remained features that most brands were adding across products, irrespective of budget price.

Walking into a store, paying for a bag of chips via Paytm and hearing a robotic voice tell the merchant (and everyone else) that someone just paid Rs 20, was one of those memories I will take with me to the post-COVID era. As payments too took the digital route, both customers and merchants started normalising digital transactions in 2020.

In 2021, this continued and devices like the Paytm Soundbox now had successors like the Soundbox 2.0 which added SIM support, multiple language support and a screen. Paytm Smart POS, on the other hand, allowed smartphones to be turned into machines that accepted credit/debit card payments.

Meanwhile, features like NFC, which had been around for years now found new meaning with contactless payments gaining momentum. Once a flagship feature, NFC too started being seen on more affordable devices like the OnePlus Nord CE and the Samsung Galaxy M series phones. .

Gaming has become a big deal since 2020, and in 2021 remained one of the more popular forms of at-home entertainment for many. For many friends, a couple of daily rounds of PUBG Mobile or other multiplayer games like Among Us also became the newer way to socialise.

This led to more phones becoming gaming-oriented like the Poco F3 GT which had gaming triggers. We also saw a lot of brands launch gaming-related accessories like the Realme Triggers or the OnePlus Triggers, in addition to a number of other audio accessories. The OnePlus Gaming Triggers were among the many accessories that were targeted towards mobile gaming. (Image Source: OnePlus)

Games also made it to Netflix as part of the streaming service’s new features to differentiate itself from competitors like Amazon Prime Video and Disney+ Hotstar. Talking about streaming services, Netflix also added a Fast Laughs section in the app to attract people for some quick comedy, a handy feature for those who don’t have enough time on their hands for a full movie or episode.

Apple also announced a neat SharePlay feature for FaceTime that allowed iOS users to share their streaming with those they were FaceTiming, bringing the experience as close to watching a movie together as possible.

Movies also got digital releases as cinemas were shut, while services like BookMyShow came up renting and buying services for the digital distribution of movies. Platforms like Voot also licensed more Sports, now streaming European football leagues like La Liga (the Spanish league) and Ligue 1 (the French league).

As we head into 2022, the pandemic will continue as even after mass vaccinations the new Omicron variant of the virus now poses a serious threat. Our dependence on tech products will only grow in 2022 and hopefully technological innovations will continue into the new year.