According to The Standard (Hong Kong), a gang of seven people, including a woman, were arrested last week for kidnapping the 39-year-old male victim and demanding a ransom from his family. up to HK$30 million.

The victim, with severe injuries and broken bones in his arms and legs, managed to escape through the window of an iron shack in Nam Hang Tsuen, a rural village in the northern Tai Po district (Hong Kong). ) last Friday (November 12). This person was then taken to the hospital and underwent surgery on Sunday night. 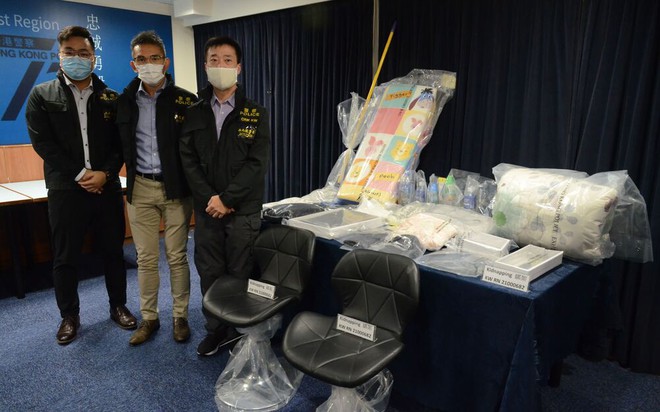 Hong Kong police next to the evidence of the case

It is known that on the morning of November 6, the man mentioned above went to the Kowloon Bay area to make a transaction of buying and selling cryptocurrency with an individual he knew online before, who is said to have a need to buy 4 million Tether (also known as USDT) cryptocurrency.

However, in reality, no cryptocurrency transactions take place. Instead, the victim was ‘lugged’ to a warehouse in a nearby industrial building, where several men inside suddenly attacked him with hammers and iron pipes, seriously injuring him.

The kidnappers forced the victim to give them his cell phone as well as reveal the passwords of his online banking accounts and cryptocurrency trading platforms. They also asked the victim to contact his family and friends for ransom by lying to them that he was in debt.

The kidnappers initially demanded HK$8 million but the ransom was later increased to HK$30 million. Police said the victim’s family did not pay any ransom.

On Friday night, the victim escaped from a window of the camp. Police officers who were in ambush nearby immediately rescued him and raided the room, apprehending the two kidnappers there. The remaining five kidnappers were arrested following subsequent investigations on Saturday and Sunday. The victim is said to have made a transaction with one of the kidnappers a few weeks earlier.

According to Hong Kong police, the kidnapper gang consists of seven people aged between 25 and 32, all members of the notorious gangster Tan Nghia An belonging to the Triad. 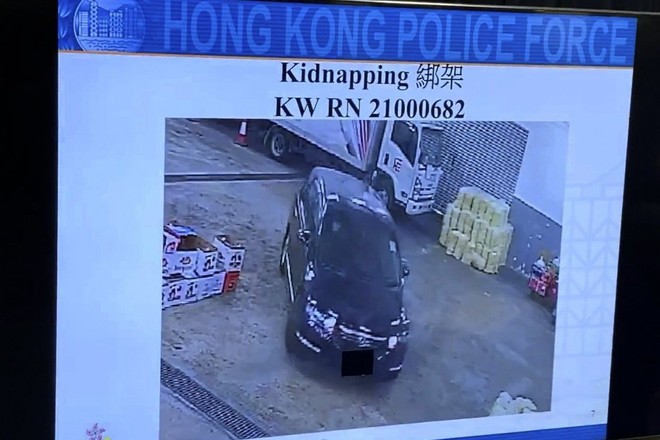 Police released images showing the victim being transported from an industrial warehouse in Kowloon Bay to a container yard in the New Territories. Photo: Handout

Senior deputy director Alan Chung Nga-lun from the Kowloon West regional crime unit said the force was looking for the mastermind and other kidnappers involved, and believed there were seven to eight who is running away.

Notably, because the victim gave his crypto account password to the kidnapper gang, the Hong Kong police believe that it will be difficult for this person to recover the entire amount of electronic money that has been transferred. .

“We have noticed that cryptocurrency transactions are on an uptrend. Meanwhile, some gangsters use various reasons to request direct transactions,” Chung said. He also urged people to make transactions through trusted online platforms and avoid dealing directly with strangers.

Under Hong Kong law, holding a person against their will for ransom is prosecuted and could face life in prison if convicted.

Refer to The Standard