According to a survey by SellCell, although the starting prices of the Apple iPhone 13, Samsung Galaxy S22 and Google Pixel 6 are about the same, the Apple flagship is a much better investment. 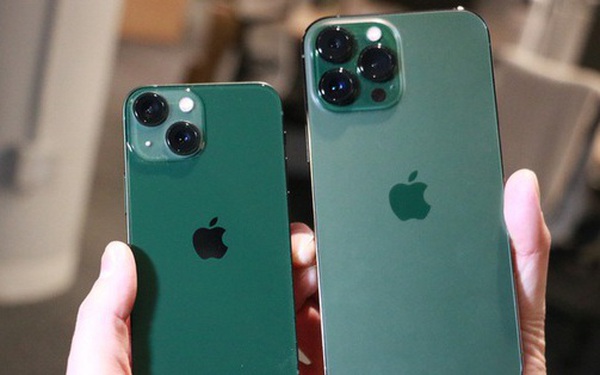 Specifically, the iPhone 13 mini retails for $699, the base Galaxy S22 retails for $799, and the Pixel 6 for $599. SellCell tracked the value of these three phones over a two-month period and came to the conclusion that it would be easy for users to get most of their money back if they wanted to sell their used iPhone 13. This report is in line with previous reports stating that iPhones are more valuable than Android smartphones. 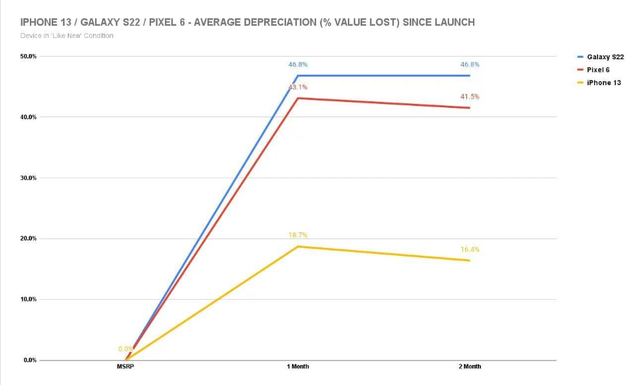 Despite having the same starting price, the iPhone 13 still holds the best price.

The e-commerce site collected data throughout January and February from the release of new smartphones and found that the Galaxy 22 holds the worst value. The Galaxy S22 “Like New” models have only 46.8% of their original value after 2 months of launch, making the S22 series the fastest depreciating product line. Next is the Pixel line with 41.5% of its value lost after launch.

The value of the iPhone 13 series has plummeted by 16.4% after 2 months of launch. This devaluation peaked after a month with 18.7%. Interestingly, the Pixel 6 also regained some of its lost value after the first month.

Normally, only the iPhone can do this. So it’s interesting to see an Android smartphone being appreciated for its original value. It can be said that, to date, Pixel 6 is Google’s most successful smartphone model and also one of the best Android phones of 2022.

The price decline of the Galaxy S22 is slowing down. So users can recoup some of the value in the coming months.

In Vietnam, the price of iPhone 13 tends to decrease. In May, the price of unboxing iPhone 13 Pro started at VND 27.19 million, significantly lower than the price of VND 31.99 million when it was first launched. Basically iPhone 13 Pro is cheaper than iPhone 13 Pro Max with a capacity of up to 2.5 million. There is also a price difference between many different retail systems but falls in the range of VND 500,000 – 1 million.