During the COVID-19 pandemic around the world, the video-sharing platform YouTube has become one of Alphabet’s main growth drivers as people are stuck at home and only glued to their screens. pictures for entertainment. YouTube continued to grow rapidly last year, as the economy reopened and ad spending skyrocketed.

However, by the first quarter of 2022, everything seems to be over. Initially, Alphabet forecast YouTube growth of 25%. However, the actual figure is only 14%. This contributed to a decline in Alphabet’s revenue and stock value.

Specifically, according to CNBC, Alphabet’s revenue reached $ 68.01 billion, up 23% from the same period last year but still lower than the original forecast. Meanwhile, YouTube’s ad revenue was only 6.87 billion USD, lower than the 7.51 billion USD predicted by analysts. 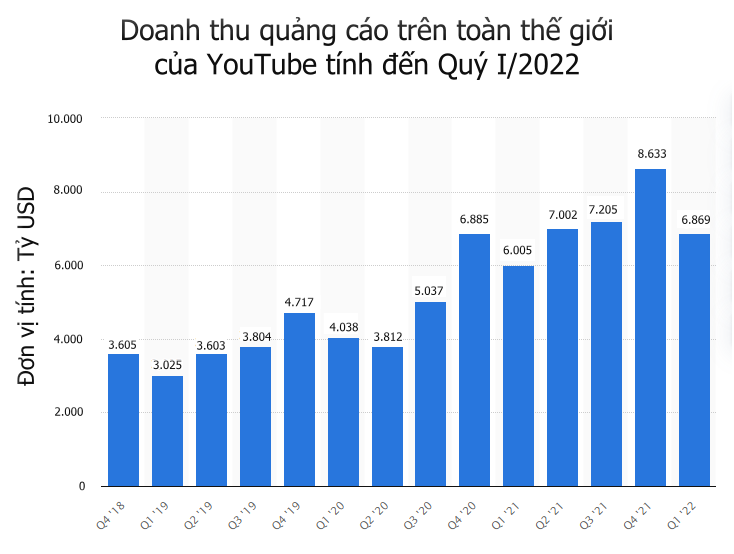 YouTube’s numbers are the latest sign that the digital media advertising market is being hit hard by inflation and growing concerns about economic conditions. macro. In mid-April, Snap CEO Evan Spiegel said the first quarter of this year was a big challenge for YouTube. The company forecasts YouTube’s revenue could be lower in the next quarter.

For both YouTube and Snapchat, now more and more competitors want to take their market share, especially TikTok. A series of other large and small media companies also began to launch video streaming services to win users.

“Although Alphabet’s search and cloud businesses performed well in the first quarter of 2022, YouTube’s business fell much lower than analysts’ forecasts. The reason is due to competition. increasingly fierce from other platforms like TikTok and many high-end entertainment services like Disney+,” said analyst Paul Verna.

In the second quarter of last year, YouTube’s revenue reached more than $7 billion, up 83% year-on-year and roughly equal to Netflix’s quarterly revenue. Because of previous strong growth, YouTube’s disappointing results in recent times have caused Alphabet’s profits to drop significantly.

Right now, YouTube is betting its growth on a short-form video product called Shorts. This is considered YouTube’s response to competitors like TikTok, Snap or Instagram’s Reels.

In May 2021, YouTube said it would pay $100 million to content creators for Shorts on its platform. During a call last month, senior executives at the company said Shorts had more than 30 billion daily views. However, the service is still in the early stages of monetization. 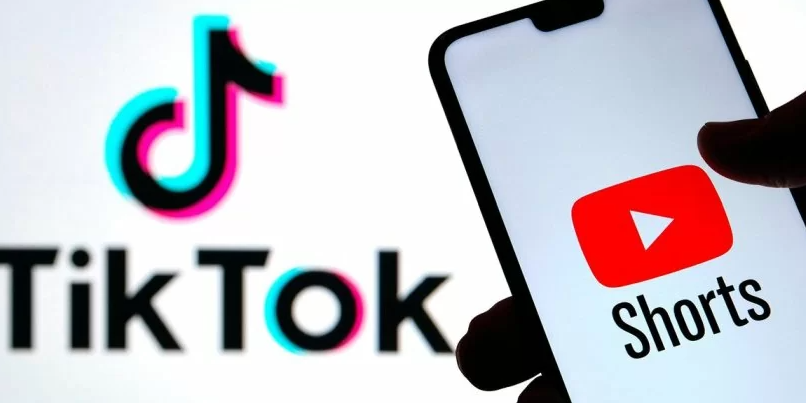 In addition, YouTube – with a network system that runs ads on many websites, may also be restricted by some new regulations in Europe such as banning ads by tracking user behavior. According to one statistic, YouTube’s total revenue in Europe was up 19% from a year earlier but down 12% compared to the fourth quarter of 2021.

Ruth Porat, Alphabet’s chief financial officer, said that the Russia-Ukraine conflict also affected Google’s presence in the region, which in turn had a negative impact on YouTube’s revenue.

“The most direct impact is that we have had to suspend most of our commercial activity in Russia as announced in early March. Right from the start of the conflict, there has been a drop in spending by the Russians. advertisers, especially on YouTube in Europe,” Porat said.

In fact, since 2020, TikTok has “overtaken” YouTube. Specifically, in April 2020, the TikTok application recorded a record revenue of $ 78 million, officially surpassing YouTube to become the world’s highest grossing non-game app.

According to SCMP, TikTok’s revenue comes from both video viewers because they can spend money to buy Douyin Coins to give to video and livestream content creators on the platform.

TikTok is thriving in the international market, but in recent times, the platform has encountered many problems related to privacy and censorship, especially in the US. Last May, the US Navy, Air Force and Transportation Security Administration, banned the use of TikTok in government-owned devices.

Earlier, a group of US privacy groups filed a complaint with the US Federal Trade Commission, alleging that TikTok violated children’s online privacy protection laws.