According to the scientific journal PHYS, NASA observations have long shown that Saturn’s moon TItan has a very Earth-like landscape: winding rivers, rolling hills, seas filled with rain falling through a dense atmosphere. But the water in this alien world is not water, but streams of liquid methane.

The big question is how the methane “sculpts” that particular landscape. A team of scientists led by Associate Professor Mathieu Lapotre from the School of Earth, Energy and Environmental Sciences at Stanford University (USA) has created a model of landscape formation to explain the mystery of Titan. 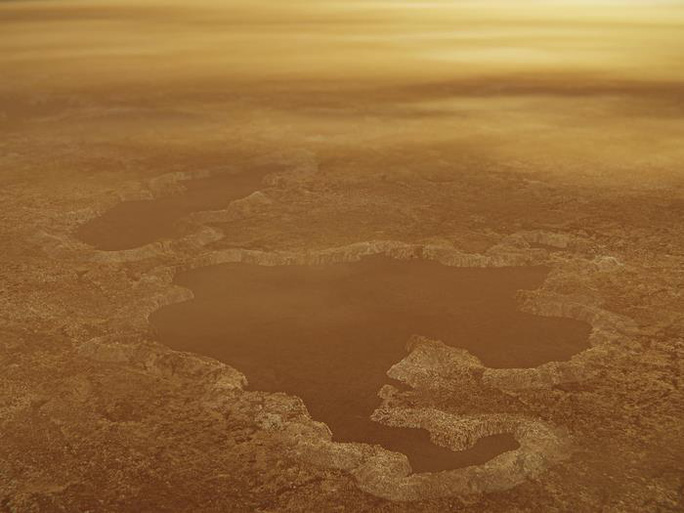 New research has proven astonishing images from NASA’s Cassini spacecraft are indeed an alien world similar to what we are seeing on Earth – Photo: NASA

According to the above publication Geophysical Research LettersTitan’s other components have mechanical properties that are vastly different from the silicate-based substances that make up other sedimentary bodies in the solar system – including Earth.

However, the new model shows a process that allows hydrocarbon-based substances to form a granular form identical to sand grains or other foundational particles of Earth’s soil, which are moved by winds and currents to form the landscape. mandarin.

Unlike Earth, Mars and Venus, Titan’s deposits are not made of silicate material but of solid organic compounds, heavy and stable enough to move through the landscape without too much wear. , does not disintegrate into dust.

They are similar to Earth’s ooids, which are small, spherical particles that occur in shallow tropical seas, for example around the Bahamas.

Ooids form when calcium carbonate is pulled out of the water column and attached in layers around the grain. Formation based on chemical precipitation allows them to grow larger, whereas erosion causes them to wear down, shrinking. But these two processes are still balanced enough for the particle to keep the right size.

With this sedimentation hypothesis, the scientists compared existing data from NASA on Titan’s climate and the direction of sediment transport, revealed in images of dunes near the equator, plains in mid-latitudes and labyrinthine terrain from the poles. All match perfectly.

Titan’s sedimentary cycle is considered similar to that of modern Earth and also occurred on ancient Mars.

This alien world was once thought by NASA to be an almost perfect version of Earth. Methane “water” may not seem very suitable for present life, but more and more studies show that the early Earth itself had a similar composition and life itself – early microorganisms. – lived off those monstrous ingredients and gradually created the habitat today.