For five days, Bloomberg reporter Michael McDonald experimented with paying his bills with Bitcoin. El Salvador is the “ideal laboratory”.

Last September, El Salvador became the first country to legalize Bitcoin. That means businesses should accept them as a form of payment.

Disappointed from the moment I arrived at the airport

At El Salvador’s international airport, the sign “Chivo,” slang for “great,” appears to signal that Bitcoin is welcome here, along with dollars and credit cards.

Here, the airport attendant was waiting to collect the 12 USD entry fee. Michael holds his iPhone containing his Bitcoin wallet ready to pay. But then the staff let him down. “I’m sorry, sir. We only accept cash or credit cards,” she said.

In the end, Chivo, El Salvador’s Bitcoin payment system, is not as interesting as Michael thinks. The POS (point-of-sale) machine is not working due to some internet connection error. Therefore, Michael uses his Visa card to pay. This frustrated Michael because he was seriously preparing for the trip.

Bitcoin and other cryptocurrencies, of course, exist merely as lines of code written on the blockchain. But he wouldn’t be able to use them without a digital medium like a wallet.

Michael loaded money into a Satoshi wallet, which is advertised as “the world’s simplest Bitcoin wallet”. In addition, he also downloaded several other wallets such as those of Coinbase Global, Muun Wallet and Strike. He put in his wallet 0.027 Bitcoin, equivalent to 1,000 USD.

As a Bloomberg correspondent for Latin America, Michael has been working and exploring in El Salvador for more than a decade. Since 2001, the country uses the US dollar as its currency. Now, President Nayib Bukele promotes cryptocurrencies to attract tourism and investment.

But the Latin American country of 6.5 million people seems like an odd choice to experiment with cryptocurrency. El Salvador has long been known as a country of poverty and violence.

Struggling to pay with Bitcoin

Returning to Michael’s journey, he went out to the airport and approached some taxi drivers. Michael asked: “Will you accept my Bitcoin?”. The two drivers stood there waving their hands and leaving. The rest ignored him and continued their stories.

Finally, he was driven to the hotel by a driver in a white Toyota for $30 and accepted to pay in cryptocurrency. The driver said: “Most people prefer cash and almost no one asks them if they can pay with Bitcoin. Last year there were many people who responded enthusiastically, but now there are not many.” In the hour from the airport to the hotel, the Bitcoin in Michael’s wallet dropped 2% in value.

Arriving at the hotel, Michael met the receptionist Wendy Lopez. She helps him pay at a Chivo POS machine. After entering the room amount for 2 nights, a square QR code appeared and Michael used the wallet in his phone to scan the code. The screen shows that the payment has been sent, but the device does not print the invoice. Lopez explains that transactions usually take 24 hours to complete.

The next day, Michael had lunch with colleagues and paid $60 in Bitcoin. Restaurant manager Natalia Avilés said: “A lot of people go to restaurants paying with Bitcoin and it’s nice to see they’re excited about it.” But just like when paying for the room, Michael didn’t get the bill. Finally, Michael paid with his Visa card. 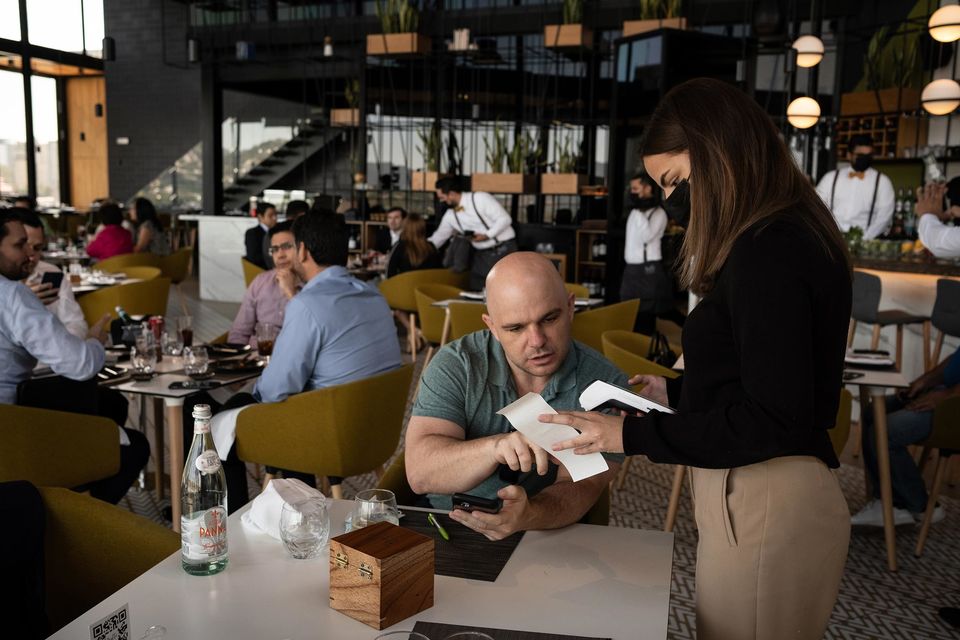 Withdrawing from Bitcoin ATM is as hard as winning the jackpot

Michael’s arduous journey did not stop there. He started looking for Bitcoin ATMs to exchange cryptocurrency for cash. He walked to an ATM in the Plaza Salvador del Mundo, but the staff told him he was out of money. He moved to the Multiplaza shopping center and looked for another ATM, but the staff kept saying there was no cash.

Finally, Michael listened to the staff tip, went to the basement of the shopping mall. He scanned the QR code and waited. The waitstaff said the transaction could take more than an hour. Hearing that, some of the people waiting behind left. When the screen announced the end of the transaction, Michael pulled 2 $20 bills and was as happy as if he had won the jackpot.

On the third morning of the trip, Michael went to a market in downtown San Salvador. He met a 76-year-old optician named Julio Rosales. Julio said he had $30 worth of Bitcoins that were given away by the government for free during the test.

Mr. Julio does not accept Bitcoin to pay for glass repair. He said that people have lost interest because of the Bitcoin price drop. People also don’t know how to use them and very few businesses pay with Bitcoin. After lunch, Michael McDonald went to a billiards bar called Club La Dalia. He paid 2.2 USD for water in Bitcoin and the transaction was completed instantly. 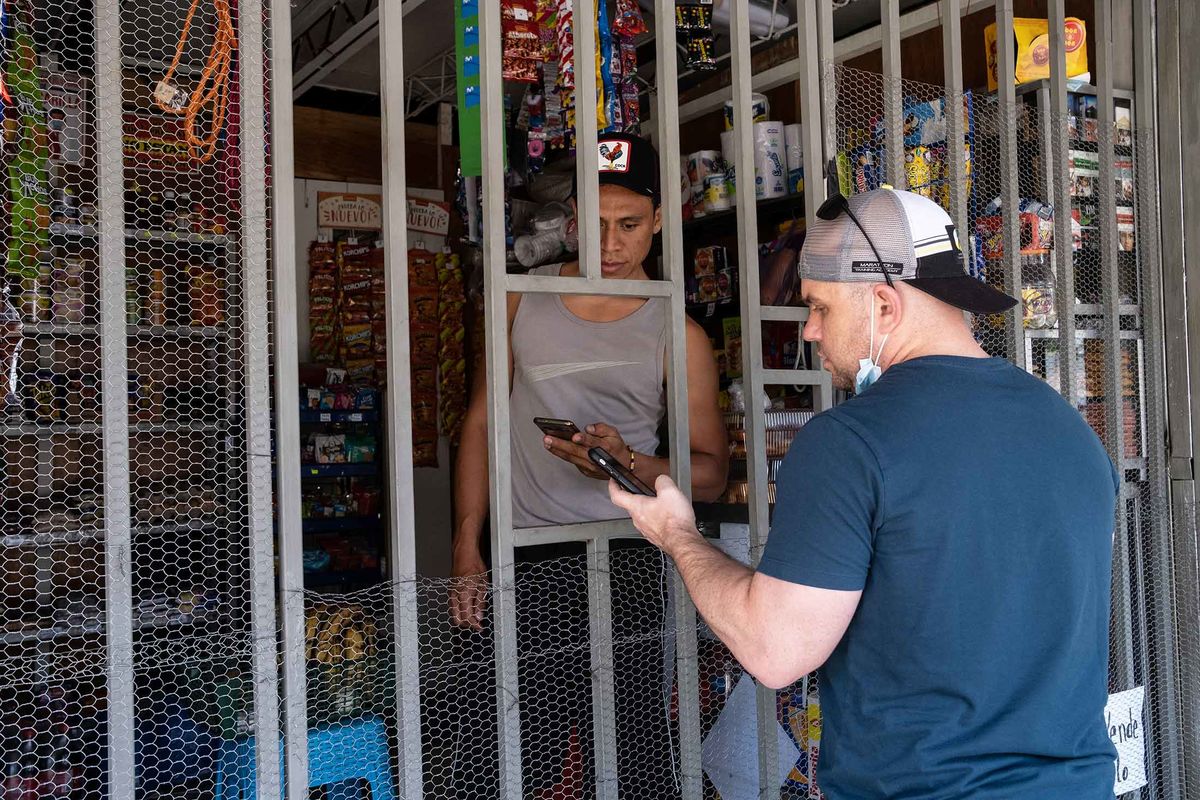 Michael at a store in Antiguo Cuscatlán. Photo: Bloomberg

That afternoon, Michael went to the volcanic Conchagua site, the future home of Bitcoin City. He met a peanut seller and asked, “Do you accept Bitcoin?”. The man replied, “Yes, I have.”

Michael scanned the QR code on the man’s phone. Seconds later, 0.00018836 Bitcoin from Michael’s wallet was transferred to the merchant’s wallet. This person said he made an extra 300 USD by holding cryptocurrencies and selling when they increased in price. That amount is close to the average monthly income of the people of El Salvador.

The reporter went to El Mirador de Conchagua, a barbecue restaurant nestled at the foot of the Conchagua volcano. Bar owner María Orbelina shared: “Bitcoin has no future here. I want dollars. If you get paid 25 USD in Bitcoin, tomorrow it could be 20 USD. Dollar bill never made me. disappointed”.

Michael even drove to a small village 24km away. He met a couple who lived there. They said the government came to appraise their home, as it could be part of the Bitcoin City airport complex. They don’t want to leave and don’t endorse cryptocurrencies either. The wife said, “I don’t understand anything. I can’t even read.” 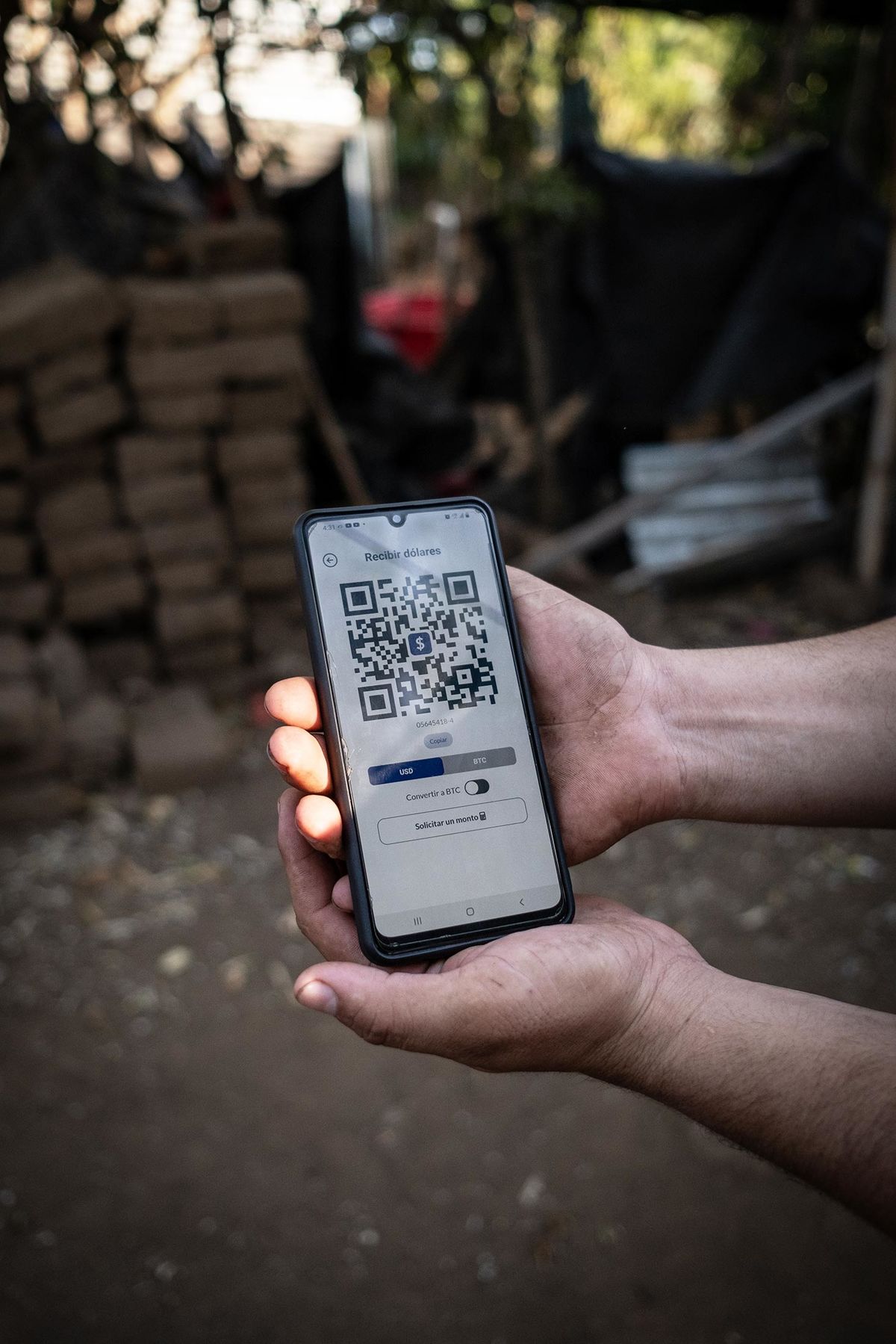 At the end of the trip, Michael continued to have trouble with payment when the car rental company only accepted payment via credit card. Gas stations are no exception because the gas station’s Chivo system doesn’t work.

Summarizing the 5-day trip of reporter Michael McDonald, only 10 out of nearly 50 businesses accept Bitcoin. And only 4 transactions are working seamlessly. According to a Chamber of Commerce survey of 337 businesses, only 14% of them have traded in Bitcoin since September 2021.

Finally on the way home from the airport, Michael saw the familiar blue light from Chivo’s POS machine. He decided to withdraw 40 USD from his e-wallet. But after scanning the code, Bitcoin was deducted, but the machine did not return the cash to Michael. He sadly ended the trip and accepted to see his 40 USD fly without wings.