Netflix said its 10-year continuous growth in new subscribers ended in the first quarter of this year, and acknowledged that the platform was “increasingly difficult to grow in membership” in many markets. Following this news, the company’s stock plunged 25% in the after-hours session. 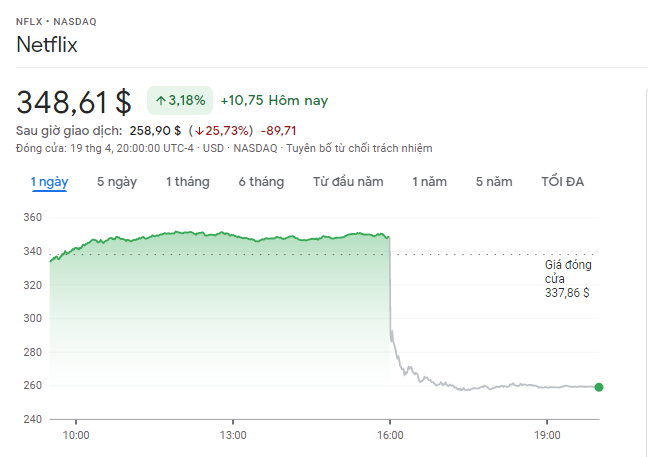 The video streaming pioneer stunned investors by forecasting a further 2 million drop in subscribers in the second quarter to 219.6 million users, after it dropped 200,000 users in the first quarter. Before that, investors were expecting 2.6 million user growth.

The reason for the slowdown in growth momentum according to Netflix is ​​because the market is saturated. However, the company also acknowledged the impact of increased competition from video streaming services from media companies such as Disney, Warner Bros Discovery and Paramount. The two factors together have created “a drag on revenue growth,” the company said.

The news from Netflix also marks the first time Netflix has stepped back after 10 strong developments and explosive growth in the midst of the pandemic. When the first signs of a slowdown appeared late last year, Netflix dismissed them as “disturbing” remnants of the COVID-19 crisis. “

Jefferies analyst Andrew Uerkwitz thinks that Netflix has not even acknowledged the existence of competition in the past. According to him, this new development is an upheaval for Netflix. “It looks like they’re in the midst of a rebranding.

Netflix said the company will try to accelerate growth by improving “show quality” and finding ways to collect money from the more than 100 million households that are using other users’ accounts.

Reed Hastings, CEO of Netflix, thinks that the problem of account sharing will now become the focus of the company’s solution. “When we were growing strongly, this was not a priority issue, but now we will firmly deal with it.” The company is currently testing a way to charge share accounts on the Chilean and Peruvian markets.

“It’s a direction that we are considering and will implement within the next year or two,” he said. “Hulu, Disney did and it worked. Those companies have found a solution.”

The announcement from Netflix will also make investors more anxious about the “war” the company has to spend to compete with other streaming platforms, along with potentially declining profits. According to estimates by Netflix, will spend $ 19.2 billion on content this year to compete with Amazon, Apple, Disney and many other “thick wallet” movie streaming platforms. Spencer Neumann, the company’s chief financial officer, thinks the company will “reduce the amount of increase in spend on both content and non-content” over the next 18 to 24 months as revenue growth slows. We will still invest heavily in long-term opportunities.”

Netflix has now raised prices in the US and Canada, causing the company to lose about 600,000 users but help “positive revenue growth”. The company also exited the Russian market after the invasion of Ukraine, causing the platform to lose 700,000 users. This is the second time Netflix has surprised investors this year, following a market shake earlier in the year with a forecast for a decline in user growth in 2022. Year-to-date, the company’s stock is down 40 % value 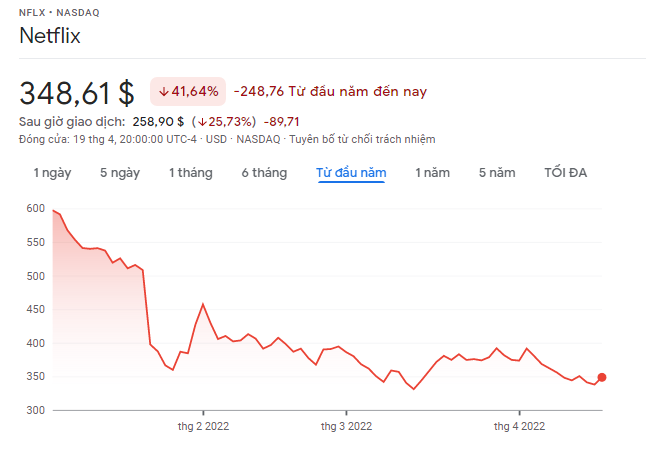