Thus, after a long time of waiting and careful preparation, the subject Arena of valor was opened this morning with the participation of 5 teams: Vietnam, Malaysia, Philippines, Thailand, Laos competing with a round-robin format, in order to find 3 teams with the highest score. The highest ranks advance to the Playoffs to compete for a medal.

However, with unmatched skills, the teams have devoted themselves to fiery matches and currently, in the SEA GAMES 31 ranking of the Lien Quan subject, there are two pairs of teams with equal points. While the Vietnam National Team got 10 points after 4 matches, similar to the Thai team, the two teams Laos and Malaysia shared in 3rd place with 4 points. 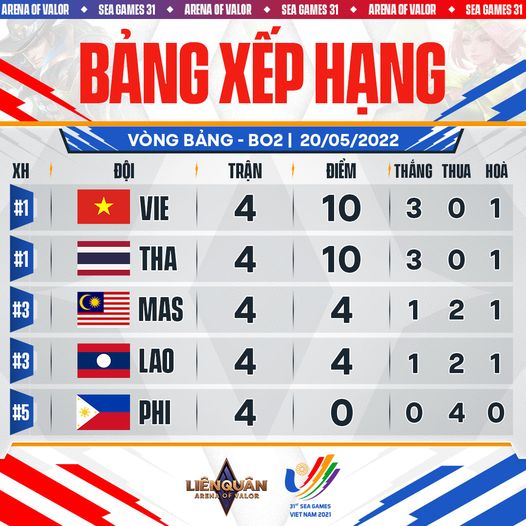 Specifically, the Vietnamese representative had a “hot” warm-up when he had not lost a match, in addition to a draw with “rivalry” Thailand, Lai Bang and his teammates kept the winning record.

In the conversation after that match, IpodPro shared: “I was a little nervous as it was my first time playing with so many cheerleaders. However, I am not pressured because Vietnamese friends are friendly and Thai fans here are also many. The person I am most impressed with is none other than Lai Bang because of his excellent gaming skills.” – Thailand team representative commented on the opponent.

Meanwhile, the Vietnamese players also admitted that they felt a little shaky, but all wanted to receive more enthusiasm and support from the fans.

Representatives of the two teams shared after the match.

Thus, tomorrow morning (May 21) will take place 2 series of tie break matches to decide the rankings of the teams to go to the semi-finals right after. Please continue to accompany us so as not to miss exciting matches and accompany the Vietnam national team at SEA Games 31! 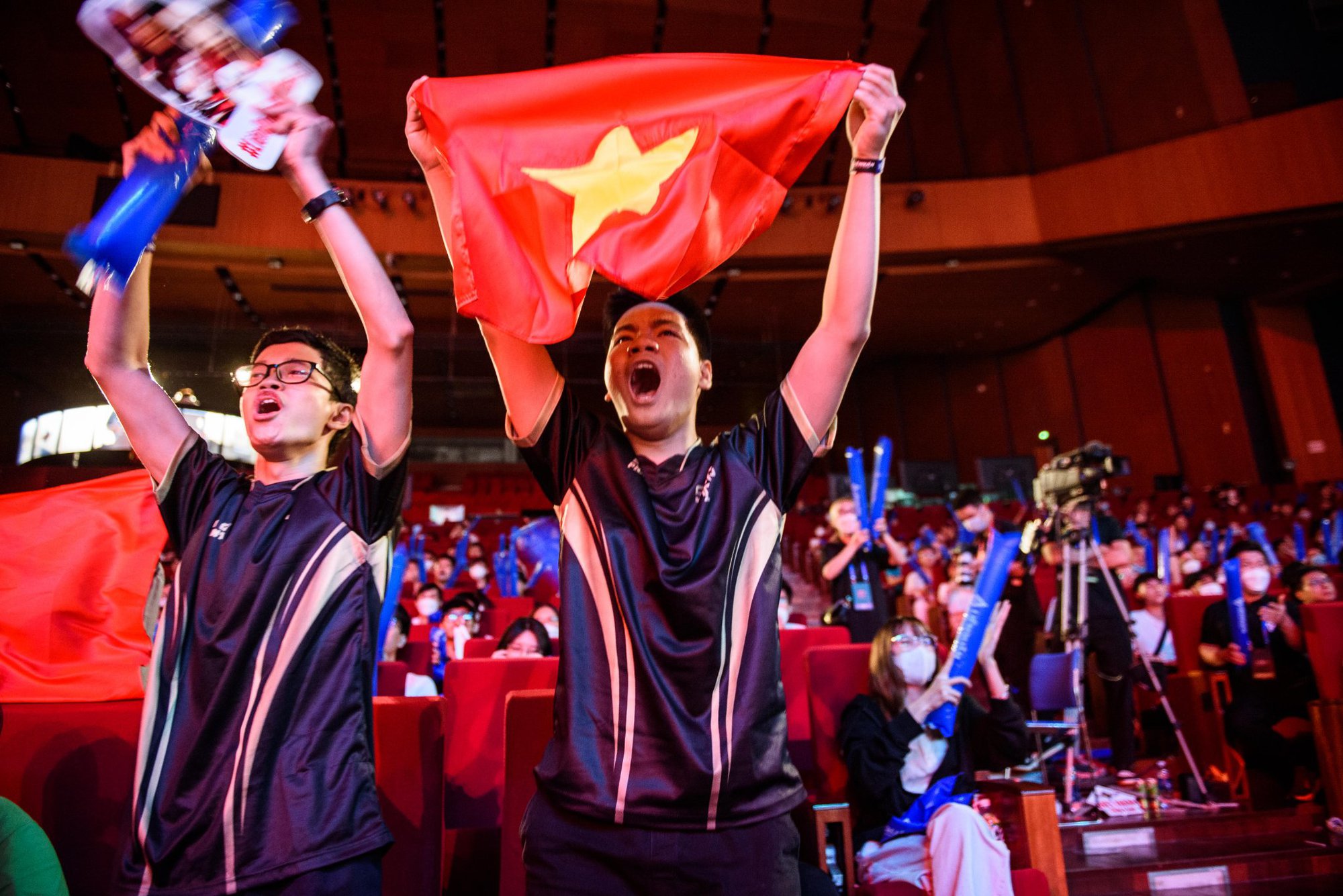 The enthusiasm of the fans is the great motivation of the players. 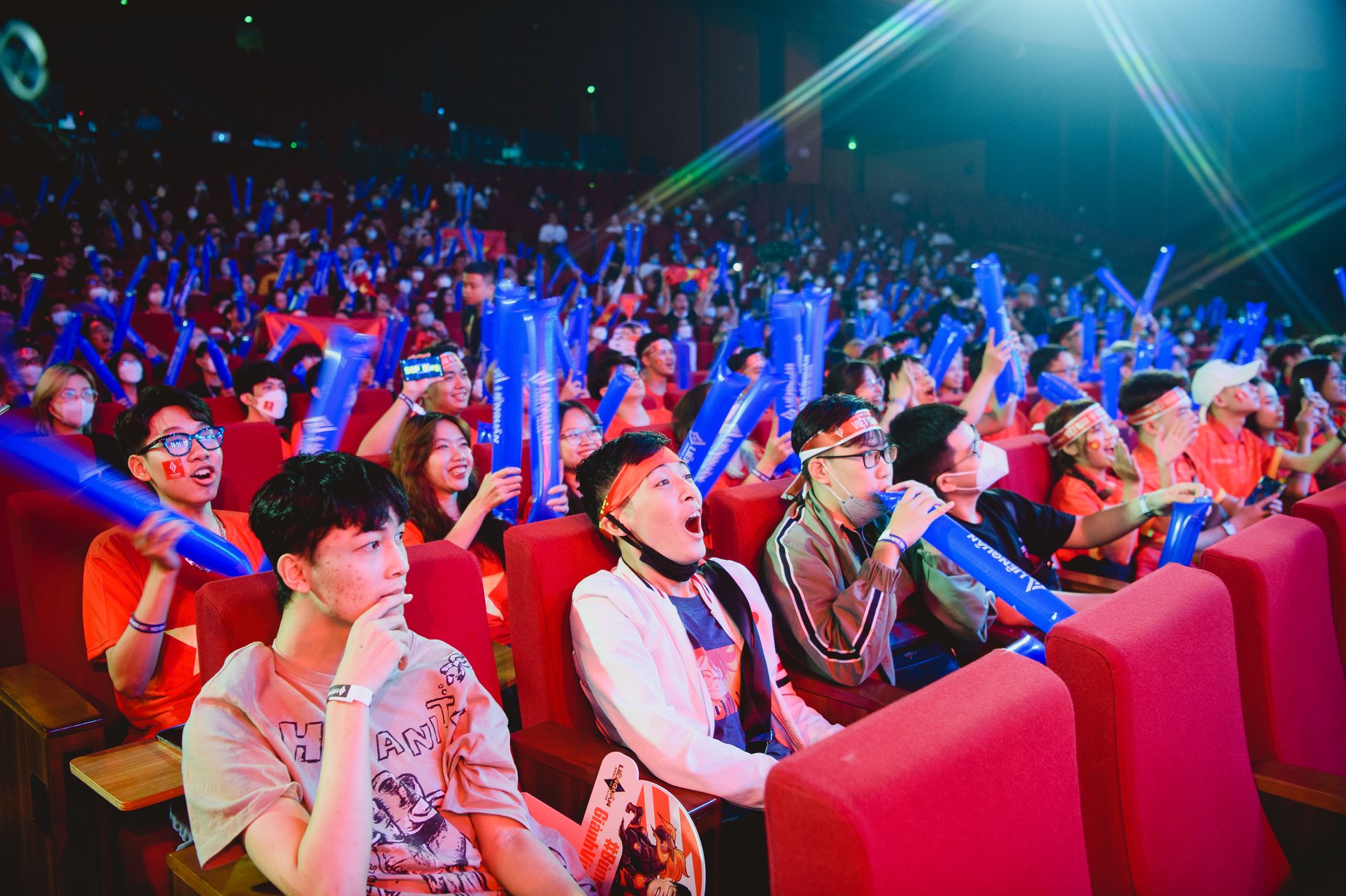