It is not uncommon for billionaires to raise their voices to promote potential solutions to the problems of climate change but fly around the world and emit a large amount of carbon. In the first week of November, this happened twice.

The first is Bill Gates – the co-founder of Microsoft. He is a staunch climate change advocate but celebrated his 66th birthday on a large yacht in the Mediterranean Sea near the Turkish coast, attended by many guests. , including billionaire Jeff Bezos. According to Turkish newspaper Daily Sabah, some of his guests were taken to the yacht by helicopter. Just days later, Bezos faced similar backlash when he flew by private jet to the COP26 Climate Change Summit in Scotland. This is a rather ironic situation. 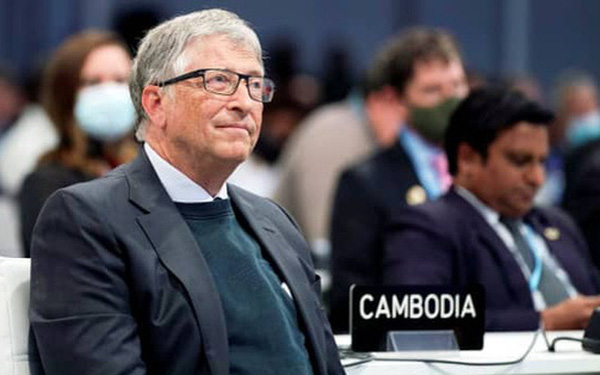 The super-wealthy often cite their sizable backgrounds and busy schedules that force them to travel by private means such as private planes, helicopters or yachts. In his book “Climate Catastrophe” released this year, Gates writes that he offsets his emissions (other than aviation emissions) by “buying offsetting through a company that has the equipment to remove CO2 from the air”.

A spokesman for the Bezos Earth Foundation ($10 billion) also told The Independent that the Amazon founder would “offset all carbon emissions from his flights”.

What is Carbon Offset?

Companies or governments can purchase carbon offsets to balance the emissions generated from factory production. Individuals often pay to offset the amount of carbon generated from driving a car or flying an airplane. You can buy these credits from companies and tree-planting programs; funding for renewable energy production projects, or even from farmers trying to limit or capture methane emissions from livestock operations.

Theoretically, a car user could only have to offset their carbon footprint by less than $100 per year. According to a Bank of America study published this past September, carbon offsets typically cost between $2 and $20 per ton of emissions removed.

In February, on the Gates Notes blog, Bill Gates said he spends about $5 million annually to offset his family’s carbon footprint.

The Microsoft founder did not specify where the money was spent, but he has invested in many companies that provide offsets. One of them is a Canadian startup called Carbon Engineering that uses a process called “direct air capture” to capture CO2 from the air and store it safely. In addition, he has investments in an Icelandic company called Carbfix, which sucks CO2 from power plants and stores it in volcanic rock.

The answer is not simply “yes” or “no”. Some experts have expressed deep skepticism about offset emissions in recent years – particularly about the effectiveness and reliability of these programs.

In 2019, the organization’s report ProPublica discovered many cases of companies and organizations selling carbon offsetting credits but did not collect emissions as committed.

The state of California (USA) is trying to offset its carbon footprint by investing heavily in reforestation. This is part of an effort to achieve carbon neutrality by 2045. However, an April study by the San Francisco-based nonprofit CarbonPlan found that the state has assessed it. overestimate the effectiveness of its climate efforts, and this offset “doesn’t reflect real climate benefits”.

Last month, the environmental group Greenpeace called for an end to carbon offsets, citing experts who say carbon offsetting is taking away the funding of long-term climate solutions. Other critics argue that carbon offsetting is actually a convenient way for corporations and billionaires to justify their polluting actions, rather than actually reducing emissions.

However, carbon offsetting is becoming increasingly popular, especially as organizations and governments simultaneously commit to cutting emissions, moving towards CO2 neutrality. According to estimates of the Institute of Global Finance, Global spending on carbon offsetting could rise from around $300 million in 2018 to more than $100 billion by 2030.

One common reason given is this: Buying carbon offsets is better than doing nothing at all. While many people and businesses certainly can and should make progress in reducing their carbon emissions, many believe that you will not be able to cut all carbon emissions.

This seems like a Bill Gates strategy – reduce emissions when possible and pay carbon offsets to justify when it can’t. As Gates wrote on his blog in February, he can even overpay to make sure he’s fully offsetting carbon. “Since the method by which we calculate carbon emissions remains simple, I took our family’s carbon footprint and doubled that to make sure we covered our emissions in full,” Gates writes. My family”.