Morbius is Sony’s next superhero project and will officially bring Marvel’s vampire doctor to the silver screen. As one of Spider-Man’s biggest rivals, it’s not surprising that the latest trailer for this movie has a lot of details related to Spider-Man.

However, if we take a closer look, we will see that Morbius connects to not 1 but 4 different cinematic universes of Spider-Man. Which includes: Marvel Cinematic Universe (MCU); Spider-Man trilogy directed by Sam Raimi; The Amazing Spider-Man 2 movies; and form the basis of the Spider-Verse universe that Sony is developing, starring Venom, Kraven the Hunter and most likely the villain The Sinister Six.

How does Morbius relate to director Sam Raimi’s Spider-Man trilogy? 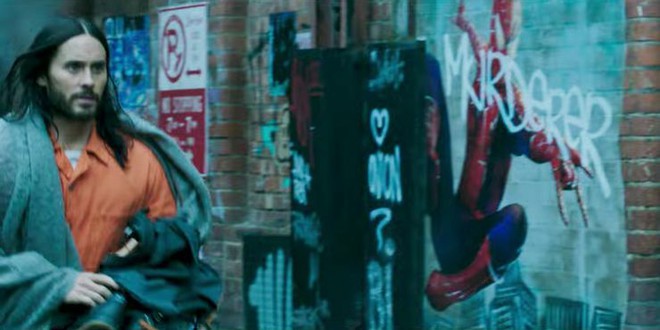 Before the superhero movie genre boomed and flourished as it is today, the three Spider-Man films directed by Sam Raimi, played by Tobey Maguire, left many strong impressions in the hearts of the audience in the beginning. 2000s. Not only fulfilling Stan Lee’s dream of bringing Peter Parker to the big screen, this series also brings an extremely impressive image of J. Jonah Jameson with the role-playing talent of JK Simmons – who returns in the MCU at the credits of Spider-Man: Far From Home.

So how is Morbius related to this cinematic universe? In one scene of the trailer, the vampire doctor can be seen walking past a graffiti drawing of Spidey with the words “murderer” (murderer). This detail confirmed the existence of Spider-Man in the context of the blockbuster Morbius.

However, if you pay close attention to the costume, it can be confirmed that this is the Spider-Man version played by Tobey Maguire, not Tom Holland. This photo is actually taken from Sony’s Spider-Man (2018) game promotion campaign, with costumes inspired by Maguire’s own character.

In another scene, when Morbius reads the above news from J. Jonah Jameson’s Daily Bugle, it can be seen that the logo and header line on the front page is a design from Sam Raimi’s time, completely different from the version. appeared in The Amazing Spider-Man or MCU.

How is Morbius linked to The Amazing Spider-Man? 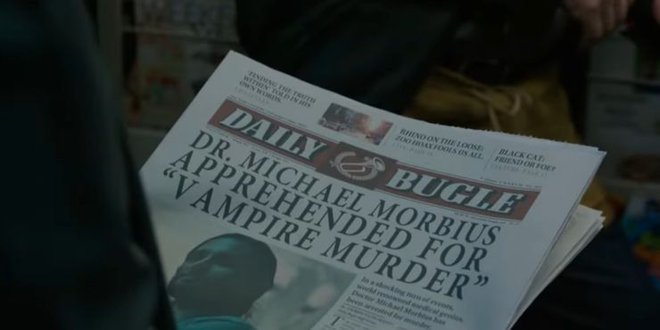 The Amazing Spider-Man only released two movies, starring Andrew Garfield, before Spidey was rebooted once more in the MCU. In the first movie, the guy Peter Parker had to confront Dr. Curt Connors, and in the sequel Electro with the Green Goblin. However, this second movie also brings a lot of important characters like Felicia Hardy – an employee of Oscorp and later became the Black Cat in the comics; and Aleksei Sytsevich, better known as Rhino.

Going back to the Daily Bugle, the logo section, as noted above, belongs to Tobey Maguire’s Spider-Man era, but what we need to notice are the two news stories at the top of the front page. The first one was titled: “RHINO ON THE LOOSE: ZOO HOAX FOOLS US ALL, and the rest is “BLACK CAT: FRIEND OR FOE“. As such, both Rhino and Black Cat exist in the Morbius universe, and coincidentally, these two characters also appear in The Amazing Spider-Man.

Besides, Oscorp corporation will also return in this movie, because the building with their logo appeared briefly in a scene of the trailer. Moreover, the name Morbius also appeared in a series of important computer data in The Amazing Spider-Man 2. It is likely that Sony is distilling its previously unused ideas to apply to projects. upcoming Spider-Man project. 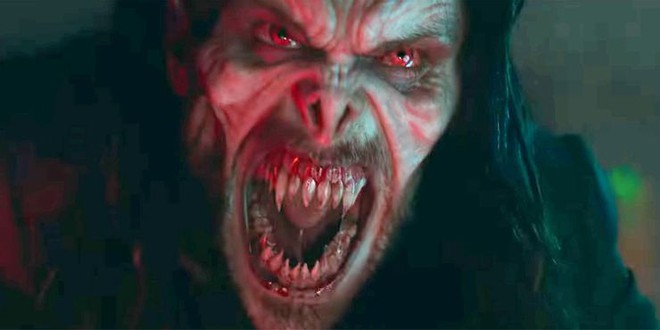 Not only related to past film projects, Morbius also looks to the future when this character is located in a new cinematic universe of Spider-Man, with the participation of many fierce villains.

So far, the official projects in this universe have only included Venom and Venom: Let There Be Carnage, starring Tom Hardy, and both set in the city of San Francisco. In the Morbius trailer, a police officer compares what the vampire guy caused is serious and equally interesting to the events in San Francisco – alluding to Venom.

Next, while stopping a robber, Morbius jokingly said: “I am Venom“to scare the enemy. These two details show that Morbius and Venom belong to the same cinematic universe and are certainly important characters for the Sinister Six project that Sony is cherishing. Other members of this organization including Doctor Octopus, Vulture, Mysterio have all appeared in the MCU, Rhino in The Amazing Spider-Man, and Kraven will be making his own movie in 2023. And just apply the idea of ​​the multiverse, all those villains will be reduced to one immediately.

How is Morbius linked to the MCU? 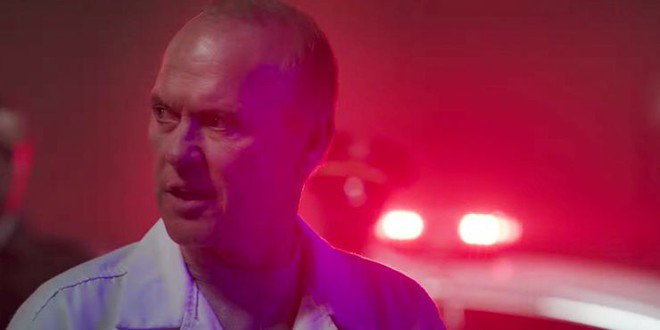 It would be difficult to logically explain how Morbius could relate to the three cinematic universes mentioned above. And the answer lies in Marvel Studios’ Spider-Man: No Way Home blockbuster – the film will open the portal between parallel universes and link previous Spider-Man movies together. Venom himself also accidentally “lost” to the MCU in the credits of Let There Be Carnage (you can learn more here).

Returning to the above graffiti, the phrase “murder” most likely refers to the case of Peter Parker (Tom Holland) murdering Mysterio in Spider-Man: Far From Home. However, because of being harmed by Mysterio, Peter immediately became a murderer in the eyes of the public, and his true identity was also revealed. That’s why he had to go to Doctor Strange to “brainwash” everyone, and inadvertently cause multiverse disorder.

However, the detail that definitely confirms Morbius is related to the MCU is the appearance of Adrian Toomes/Vulture, the main villain in Spider-Man: Homecoming. He is still wearing the same prison uniform as in the post-credits scene of this movie, and offers to befriend Morbius. Everything is starting to come together, and it all points to the Sinister Six project and the Spider-Verse cinematic universe that Sony is developing.

Of course, the above is just an analysis based on what the trailer Morbius provides. We will have an official answer after Spider-Man: No Way Home premieres on December 24 this year, and Morbius launches in January 2022.