Through each period, the models of the Reno series have always been characterized by design, so before each appearance, this smartphone line always attracts the attention of technology followers and especially the world. young. So far, the latest version called Reno6 has increasingly won the hearts of customers thanks to the core value it brings. 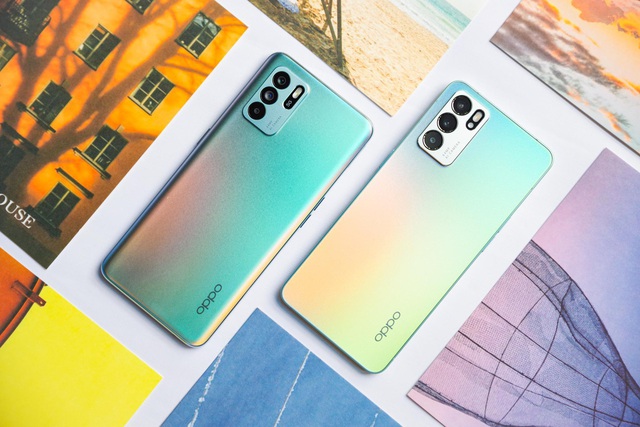 No one denies that the design on Reno6 is almost the most complete at the moment compared to the predecessors of the OPPO Reno series. If the Reno6 Z 5G has a modern and elegant body, the Reno6 5G is the first smartphone with a new square edge that brings a strong feeling with its curved edges combined with the sophistication of the brand. The Reno Glow application on the back is no less competitive with products in the high-end segment.

But a successful product not only stops at attractive appearance, Reno6 series is also attractive by interesting features on the camera that surely a few users still do not understand the benefits it brings. 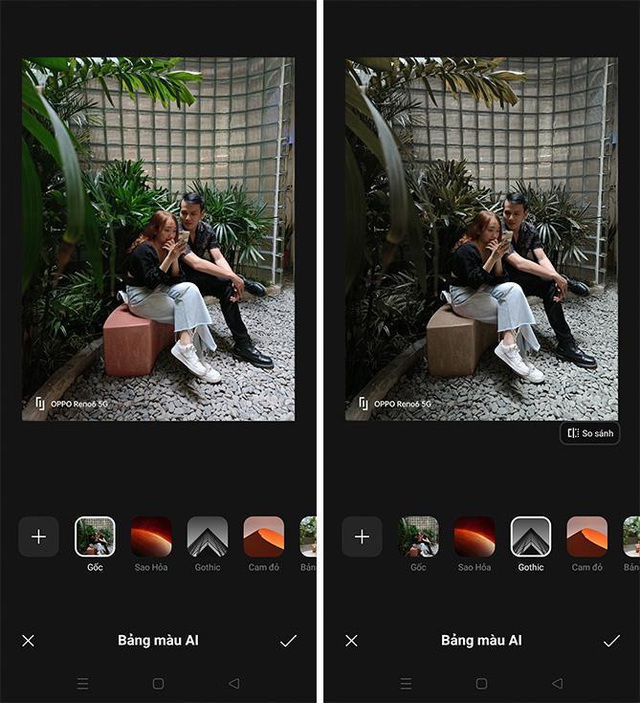 The first is the AI ​​Palette, a smart feature that helps users change the color of one photo to another. More specifically, when you have taken a picture that you like in terms of color and brightness, with just one simple operation, users can perform post-production by extracting filters from existing photos and applying them. Use them for other pictures. 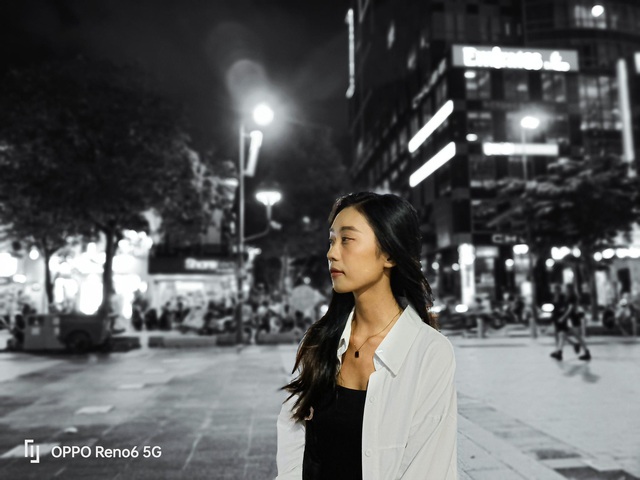 If users find post-production somewhat complicated, the AI ​​Color Portrait feature will become extremely useful, which allows users to take portrait photos. keep the color of the subject while the background behind is made black and white. AI color portrait helps the subject stand out much more when combined with Bokeh Flare font removal mode to create a unique shimmering background. In addition, this feature also supports both selfie camera and video recording to help users unleash their creativity. 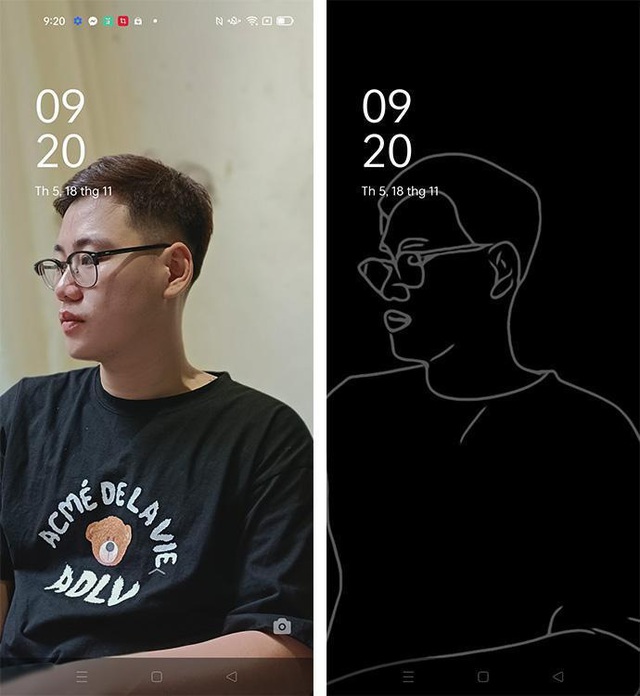 Another interesting feature on the Reno6 5G camera is the portrait drawing standby screen (AOD Portrait Silhouette), in this mode users can create a personal impression by creating portrait sketch lines on the background. black shadow standby screen. Normally to take these special photos, users have to use 3rd party applications, now this experience is available right on Reno6 5G. 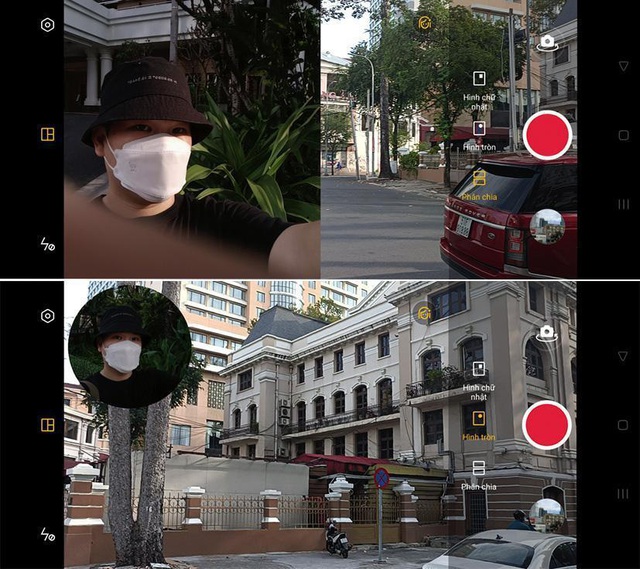 In addition, Dual-view Video is one of the features suitable for young people, especially Vloggers, Travel Vloggers, when allowing parallel recording of 2 front and rear cameras. With this feature, it becomes easier to capture the beauty of the surrounding scenery, and at the same time interact with those who are watching. Besides, the dual display mode with many ways to split the screen such as parallel square, round and rectangular, helps users keep the moment in both front and rear cameras. 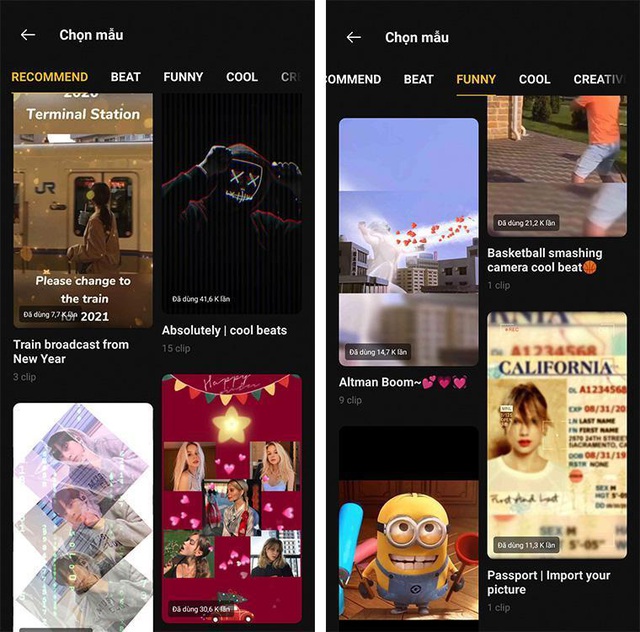 In addition, the support from ColorOS 11 with convenient features becomes a back-end to help users easily make the most of the convenience of the device.

With the growing personalization trend, ColorOS 11 allows users to change a variety of options related to the system interface such as always-on screen mode, themes, fonts, icons. and ringtones…in his own style. In addition, the three-finger screenshot feature accompanied by a new translation mode developed with the support of Google is also notable. ColorOS 11 now allows users to directly translate text in photos through Google Lens, which is extremely convenient. 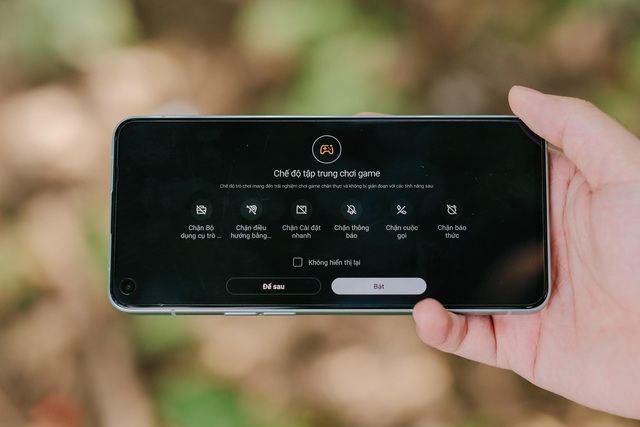 What’s even better on ColorOS 11 for gamers is the Game Mode that helps focus on gaming, which will turn off all notifications until this mode is turned on. Besides, ColorOS 11 also has 3 performance modes: competition, balance and low battery to serve the needs of users for the smoothest gaming process.

Bringing in such a smooth experience and useful features for users, the Reno6 5G is probably one of the most worth buying items in the festive season at the end of this year. Do not hesitate to prepare your wallet and reward yourself with these worthy experiences, right!

OPPO Reno6 5G is available for sale nationwide for VND 12.99 million. Readers refer to detailed information about the product here