Recently, how much tax Elon Musk has to pay – more or less, has attracted great attention. Last week, he sold $6.9 billion in Tesla stock to pay taxes. In the US Congress, some argue that taxing billionaires requires a minimum, for wealthy individuals like Musk. Musk later protested this view on Twitter.

But how much of Musk’s fortune benefits from government support for the companies he owns is not an easy question to answer. According to CNN, a small part of that is thanks to taxpayers. Meanwhile, others say the answer is “mostly”.

Musk’s fortune depends on the value of the companies he runs: Tesla – a $1 trillion business, and SpaceX – which are valued at more than $100 billion. However, the above valuation is mainly based on investors’ beliefs about the company’s relative revenue and profit, not business results. Tesla’s sales and profits are still a fraction of those of other established automakers. 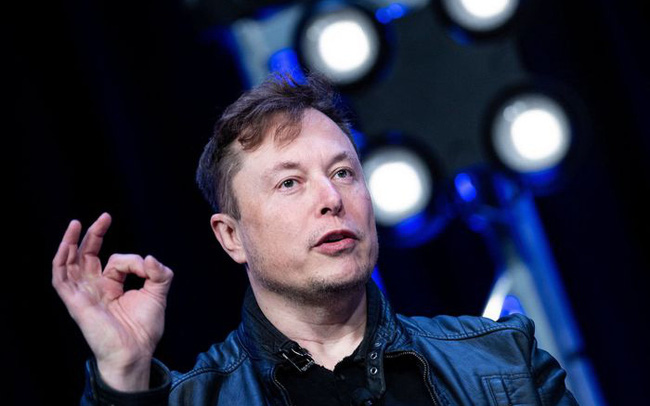 Tesla’s global vehicle sales were 627,000 in the first nine months of this year and net profit of $3.2 billion, both hitting records. Meanwhile, Toyota’s global sales are 10 times higher, and its net sales are 2.3 trillion yen ($20.3 billion), six times that of Tesla. Even so, Tesla’s market capitalization is still three times higher than Toyota’s and nearly equal to the 12 largest automakers in the world combined.

However, without the support of taxpayers, neither Tesla nor SpaceX could “survive” for that long, and investors could not have the opportunity to bet big on both companies.

In a tweet last year, Musk admitted that Tesla was close to bankruptcy in 2019. At the time, the stock price movement had many investors worried that the company would be short of cash because of difficulties. Difficulty in increasing Model 3 production.

In a tweet in 2020, he said: “The last time we almost went bankrupt was about a month ago. Model 3 production was extremely stressful and difficult for a long time, that was from mid-2017 to mid-2019..”

However, he did not share which key helped Tesla “survive”. The key factor is the sale of zero-emissions certificates to other automakers. Companies that do not meet environmental regulations will have to pay fines or purchase zero-emission certificates from those that comply with the rules. And Tesla is the most responsive company as an all-electric automaker.

Dan Ives, a technology analyst at Wedbush Securities, said: “It was US taxpayers who helped Elon Musk get through the most difficult period.” In 2019, Ives is still skeptical about the outlook when Tesla’s business is not favorable.

The expert added: “Without the zero-emissions certificate, Tesla wouldn’t be a global brand and Musk wouldn’t be the richest man in the world either..”

Zero-emissions certification is not the only support from the US government for Tesla. In January 2010, the company received a low-interest loan of $465 million from the US Department of Energy, just months before its IPO. Not long after, Tesla paid off this debt in full by issuing more shares in 2013.

Furthermore, the electric car company also benefits from the tax credits that customers receive when purchasing a Tesla vehicle or vehicles that use electricity and gasoline in tandem. The tax credit will go to the buyer, not the company directly, but it will allow Tesla to raise the price of the car. In fact, when the federal tax credit of $7,500 on Tesla car purchases halved to $3,750 in early 2019, the company lowered the price of the car by $2,000 to stay competitive.

SpaceX brings in less “revenue” but still accounts for a significant portion of Musk’s fortune. The support of taxpayers is even more obvious for this company, as SpaceX receives many contracts worth billions of dollars from the government.

According to Sam.gov, a government database that tracks federal spending, SpaceX has signed contracts worth nearly $10 billion. At a time when both SpaceX and Musk ran out of money, they got a good deal just before Christmas 2008.

This contract includes 12 missions to the International Space Station (ISS) worth 1.6 billion USD. Casey Dreier, a senior space policy adviser at the Planetary Society, said the deal is important because SpaceX can finalize the Falcon 9 as well as the Dragon spacecraft, which will carry supplies and crew to the ISS.

Dreier said: “They actually almost defaulted. Elon said that at that time they were on the verge of bankruptcy and that contract partly saved the company.”

In addition, other contracts also help promote SpaceX’s activities. Thanks to SpaceX, NASA can use this company’s rocket instead of relying on Russian ships to send astronauts to space.

Since then, SpaceX has received many other contracts from NASA, the military and many other government agencies. The company won a contract worth $3 billion to develop the next spacecraft, sending astronauts to the Moon.