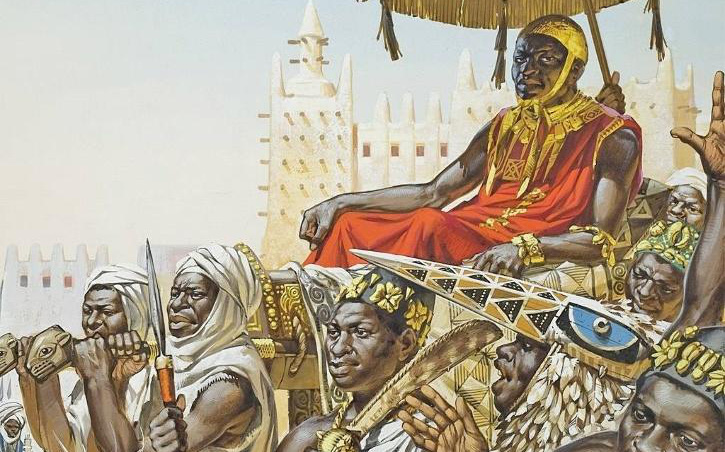 Everyone wants to become rich, everyone strives to earn big money and be named in the list of the richest people in the world. Most philosophers say that money does not determine wealth and that a golden crown cannot fill a hole in the heart, but people around the world will always remember you if you have a lot of money.

The title of the richest person on Earth will be “transferred” by the technology giants every few years. But even so, Jeff Bezos or Elon Musk are still not the richest people of all time. They are still far behind the African King Mansa Musa, arguably the richest man in all of the history of the world, “richer than anyone”, a man who was able to put up numbers that put the elite to shame.

It’s normal if you’ve never heard of this name because the history of West Africa is not usually mentioned in school textbooks. According to Rudolph Butch Ware, an associate professor of history at the University of California: “When contemporaries calculated Musa’s wealth, it was so unbelievable that almost no one understood how rich and powerful he was. “.

Who is Mansa Musa?

One of the greatest caravans to ever cross the Sahara was led by Mansa Musa, the legendary ruler of the vast Mali empire in West Africa. In 1324, Musa began a religious pilgrimage to Mecca (known as the Hajj). He was accompanied by an entourage of 8,000 courtiers, 12,000 servants and 100 camels carrying 136 kg of pure gold. This pilgrimage spread rumors of his wealth throughout the Mediterranean. 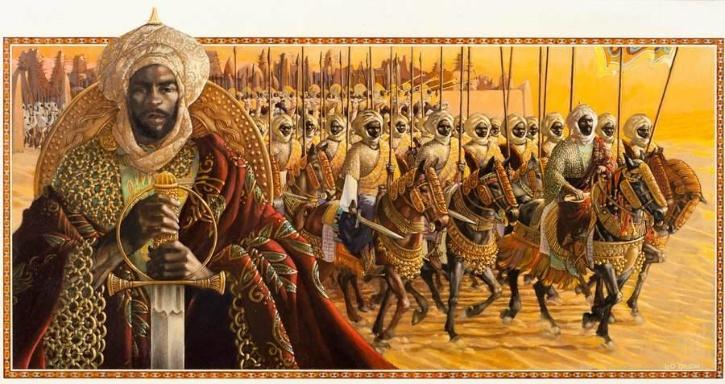 Musa was born in 1280, and Mansa means ‘Sultan’ (king in the countries where Islam is the state religion) in the native language of Mandinka. He ascended the throne in 1312, and during his 25-year reign, the territory of the Kingdom of Mali grew to include present-day Senegal, Mali, Burkina Faso, Niger, Guinea and Ivory Coast.

Why is Mansa Musa so rich?

Imagine how much money the richest man in history would have. You can come up with a number, then add a few hundred billion and you’re probably closer to the amount of fortune Mansa Musa had in the 14th century. 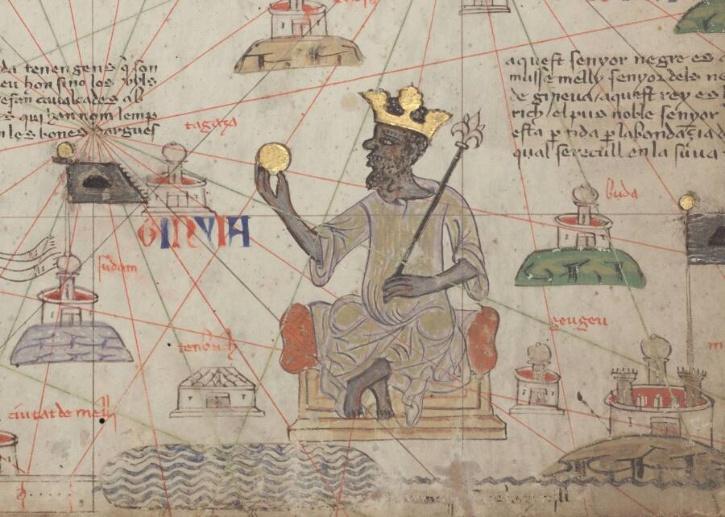 As king of the Mali Empire in West Africa, Musa came to power in 1312. Mansa Musa inherited an already prosperous kingdom. But under his leadership, Mali became even richer by taking advantage of the region’s natural resources such as gold and salt, as well as ivory. His expansion of trade made Mali the richest kingdom in Africa. Mansa Musa produced many feats during his reign.

The property of Mansa Musa

Some historians believe that if adjusted for inflation, his fortune is calculated in today’s value to about 400 billion USD. However, he was not only a rich man, but also a monarch. His wealth far exceeded that of anyone living today and in the Middle Ages.

Several famous historians have recorded the stories of Mansa Musa. Ibn Battuta also wrote about him when he visited Mali in 1352. All these historians highlight Mansa Musa and his famous Hajj pilgrimage. 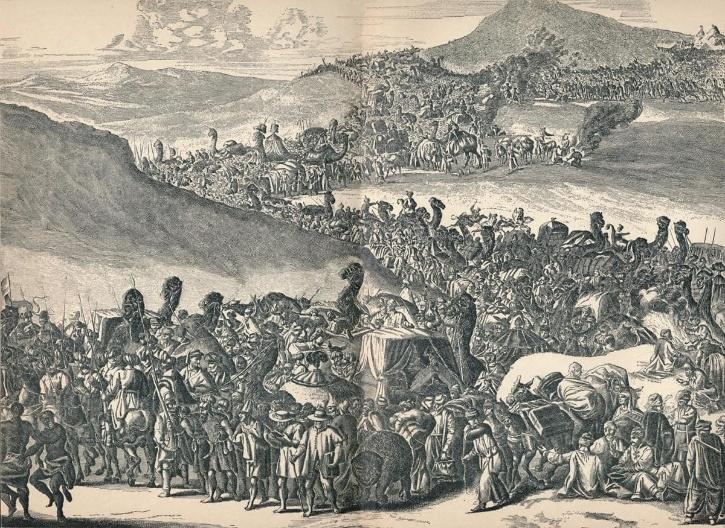 Mansa Musa on pilgrimage to Mecca

The pilgrimage to Mecca is one of the five main pillars of Islam, and Mansa Musa decided to make the pilgrimage in 1324-1325. But unlike any other journey, Musa used gold to pave the way to Mecca and put his kingdom on the world map.

Mansa Musa was famous for his generosity and piety. Mansa Musa is known to regularly give gifts to dignitaries he meets, including the Sultan of Egypt. When he stopped in Cairo, the capital of Egypt, he gave the poor so much gold that inflation raged over the next 12 years, leading to the collapse of the economy. The voyage also prompted Portuguese naval raids on Mali in the 15th century.

But a king’s wealth is only one aspect of his life story. He was also a man of faith, education, and compassion. After returning from Mecca, Mansa Musa began to revive the cities of his kingdom. He built mosques and major public works, most famously the legendary Djinguereber Mosque in Timbuktu. Besides that, Musa also invested in a number of universities across the kingdom. Many historic buildings, including schools and mosques, still stand today.

When Mansa Musa was alive, investments in Islamic education in Mali attracted numerous Muslim scholars, poets and artisans to his empire. They gathered in Timbuktu, which quickly became known as one of the most prominent cities in the Muslim world.

The descriptions of the richest king in history have made people all over the world think of a fantasy story, especially in European countries. At that time, many European countries were struggling with epidemics, civil wars and economic recession. 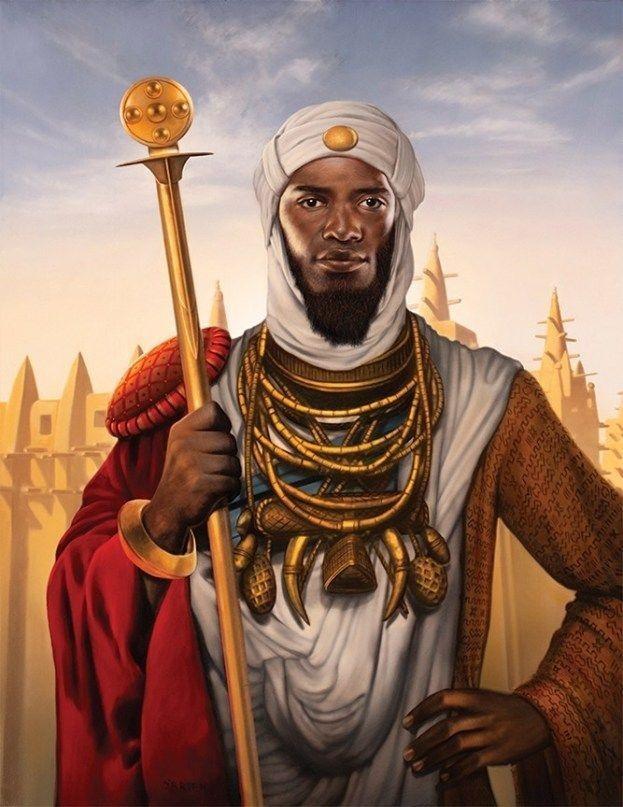 In the end, Musa ruled the Mali Empire for about 20 years. During that time, he greatly expanded the reach of the trading ports and became one of the most powerful rulers of his time.

Stories of his huge convoy and his generosity continued long after his death. The pilgrimage, generosity and fame of Mansa Musa have somewhat awakened the world to the immense wealth of Africa, and especially Mali.