Marvel has released the second official trailer for Spider-Man: No Way Home on November 17, which is a full month before this blockbuster is released.

The new trailer has brought a clearer look at the super villains from the old Spider-Man series, including Doctor Octopus, Sandman, Green Goblin, Electro and Lizard. However, the question that has puzzled many people since Marvel revealed No Way Home will involve the idea of ​​​​the multiverse is still unanswered. That is: Will the remaining 2 Spider-Man guys, played by Tobey Maguire and Andrew Garfield, reappear or not? 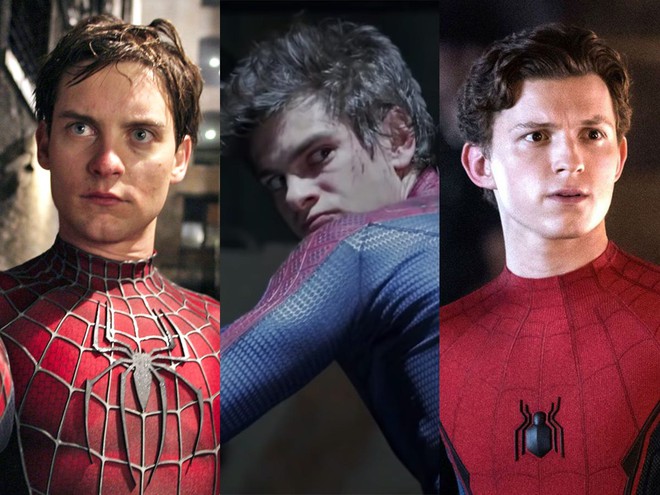 Will the 3 Spiders have a chance to meet each other in No Way Home?

According to common logic, if you have applied the multiverse concept, and even brought back the old villains, the appearance of the previous two versions of Spider-Man is also a very reasonable thing. However, the new trailer completely ignores that and makes many fans restless for the past few days.

However, recently, fans have discovered some strange points in the trailer of No Way Home in Brazil that make them question: Did Sony and Marvel intentionally “remove” Tobey and Andrew from 1 the number of scenes to ensure the surprise of your blockbuster or not? For a more detailed understanding, please watch the video below.

Pay close attention to the villain Lizard in this segment of the Spider-Man: No Way Home trailer in Brazil: Who punched him in the face like that?

Some people think that the rear scaffolding may have accidentally collided with the Lizard after collapsing. But if you look closely, this villain seems to have just received the punch of someone who is definitely not the Spidey guy who is acrobatic quite a distance away. Is this the attack of another version of Spider-Man, but has been “erased” by the post-production team in the new trailer?

In this scene, Electro can be seen more towards his right hand corner, while Lizard is more towards the left. Only Sandman is aiming directly at Spider-Man. So most likely this is a 3-on-3 battle, between these three villains with 3 different versions of Spider-Man. However, 2 of them have been temporarily removed from the trailer to ensure the surprise of the movie.

In addition, the new trailer also indirectly confirms the authenticity of a leaked photo quite a long time ago:

The small image that was once thought to be a photoshop product has now become more reasonable thanks to the battle scene at the Statue of Liberty remodeling project in the No Way Home trailer. It is possible that the remaining 2 Spider-Man guys will only appear at the last moments to help Peter Parker of the MCU solve the problems that Dr. Strange caused.

First, if you look at the area behind Ned’s back, you will see a rather strange arm with a costume that appears to be Spider-Man. It is possible that the team in charge of making the trailers of Sony and Marvel have completely deleted this segment. Anyway, this is a flash moment, happening very quickly, so they think it will be difficult for anyone to see.

And that could be the arm of the spider guy Andrew Garfield, giving him a chance to correct his mistake after being unable to save Gwen Stacy in a similar accident.

Second, in this scene, the irises of Spider-Man’s costume seem to be slightly larger than Tom Holland’s version. Fans believe that Sony and Marvel continue to use tricks and techniques to change this Spider-Man’s armor to match the version in the MCU, but forget the eyes, or think that it is too small a detail. to be recognisable. Most likely this is actually “Peter” Tobey Maguire, who Doctor Octopus was looking for in the beginning of the trailer.

If the details above are not convincing enough, let’s continue with another behind-the-scenes photo that appeared on the Internet a few months ago: 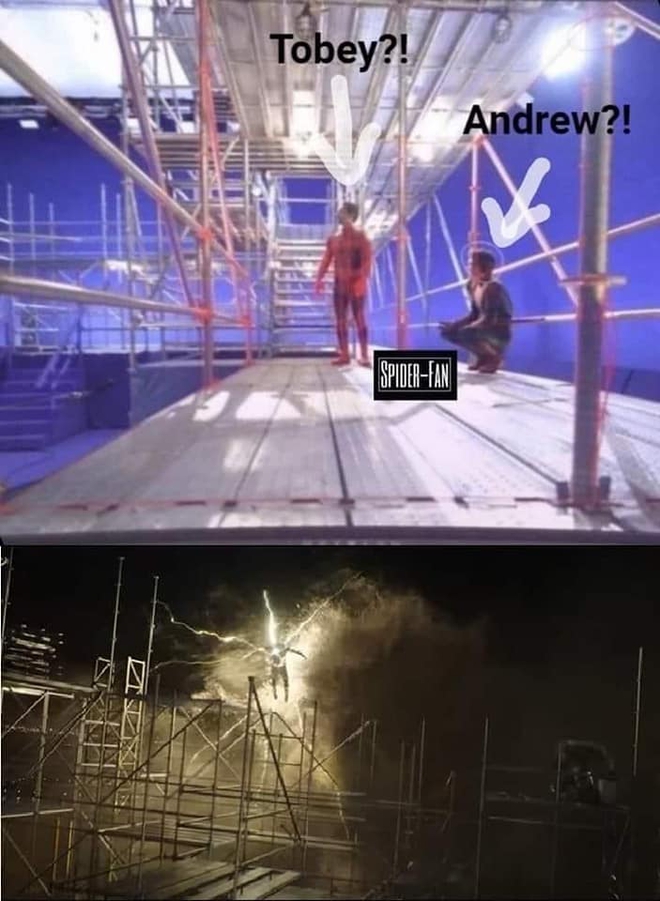 Once again, the battle scene in the new No Way Home trailer shows that the seemingly photoshopped image (pictured above) has become a bit more prestigious.

Recently, on his personal Instagram, actor Jamie Foxx (Electro) also shared his feelings after watching the new trailer of Spider-Man: No Way Home. However, pay attention to the hashtags he used. 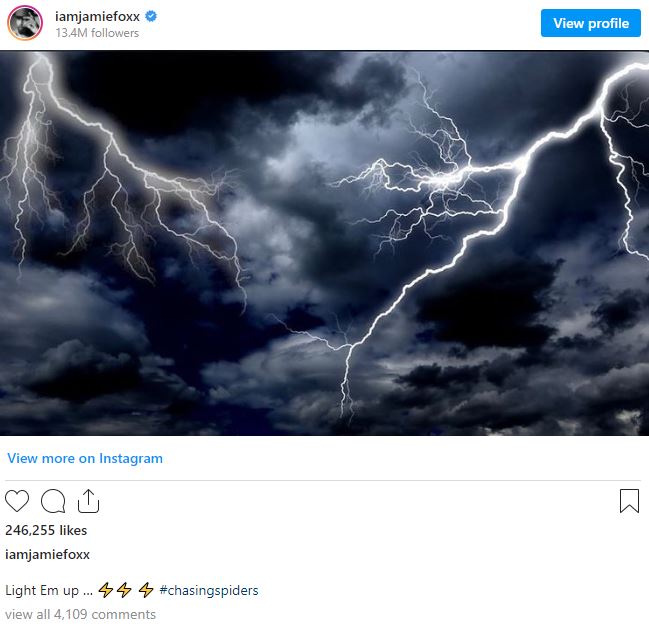 #chasingspiders, with spider (spider, in this case spiderman) used in the plural. Is Foxx hinting that there will be more than one version of Spider-Man in the upcoming blockbuster?

In addition, the YouTube channel Corridor Crew, which has more than 5 million followers, once said that a leaked video of Andrew Garfield’s scene in No Way Home has a very high degree of authenticity, not a product of deepfake create. You can learn more in this article.

So in the end, will the audience get to see 3 Spider-Man guys working together to fight enemies from different universes? The official answer will be given when No Way Home premieres on December 17 of this year. Before that, fans can still keep hoping like in the fan-made trailer below, because no one is taxing dreams.

Marvel fans recreated the scene where Spider-Man Andrew Garfield helped MJ escape a death fall, as a way to atone for his mistake when he couldn’t save Gwen Stacy in The Amazing Spider-Man series.

Well done Marvel, but don’t let the fans out!