Shang-Chi & the Legend of the Ten Rings not only brought many new superheroes to the MCU, but also officially revealed the true identity of the Mandarin/Wenwu, as well as the truth of the Ten Rings organization.

However, the sudden “turn of the wheel” at the end of the movie shows that the Mandarin with 10 powerful rings is just a pawn in the plan of Dweller-in-Darkness, a demon that specializes in sucking the souls of other creatures. to strengthen yourself. Taking advantage of Wenwu’s longing for his late wife, Dweller-in-Darkness led him to attack the land of Dai La and open the Great Seal to free him.

When it comes to the big screen, Dweller-in-Darkness has more or less changed from the original with a completely new design, inspired by a less famous villain in the Marvel comics. Here is some interesting information regarding the final boss in Shang-Chi & the Legend of the Ten Rings. 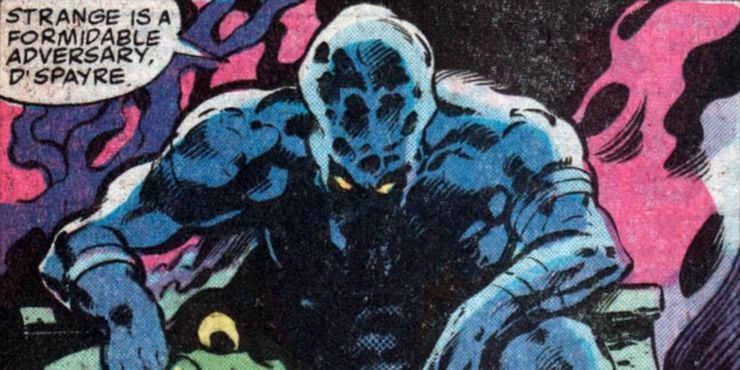 In the comics, the Dweller-in-Darkness is one of five entities known as the Fear Lords, who often “eat” the fear of mortal beings and seek to conquer all of reality. The most famous of the Fear Lords is Nightmare, Doctor Strange’s arch-rival. It was the Dweller-in-Darkness who summoned the other Fear Lords to find a way to conquer the Earth, before being stopped by Strange, Clea, and Rintrah.

Dweller-in-Darkness, also known as He Who Dwells In Darkness, hails from the kingdom of Everinnye, often described as “a universe higher than the sixth dimension”. He began to notice the Earth 20,000 years ago, often watching the development of sentient species with a strange fascination. Dweller-in-Darkness thinks that this is the fertile ground for him to delight in reaping fear. But gradually, he also realized that this prey was not as delicious as he thought it was, because there are always many heroes ready to stand up to protect the Earth against evil forces like him and the Fear Lords.

Zhered-na, the sorceress of Atlantis, is such a hero. Accidentally escaping the disaster of destruction in her homeland while in exile, Zhered-na discovered the existence and purpose of the Dweller-in-Darkness. Along with Agamotto the All-Seeing, the First Sorcerer Supreme, Zhered-na fought Dweller-in-Darkness and put him into a deep sleep.

Even so, he was still able to transfer part of his consciousness to the surrounding dimension and continue to carry out a malicious plot on Earth. Then, the war between the Eternals and the Deviants, plus the intervention of the Celestials and the fall of Lemuria – the basis of the legends at Atlantis, inadvertently strengthened the Dweller-in-Darkness.

However, even though his ability was constantly increasing, he still couldn’t escape the dream Zhered-na had caused. It was not until recent years that he was able to truly awaken, after several dark demons, his minions, confronted Thor, Hercules, Doctor Strange, and Clea.

The Power of Dweller-in-Darkness 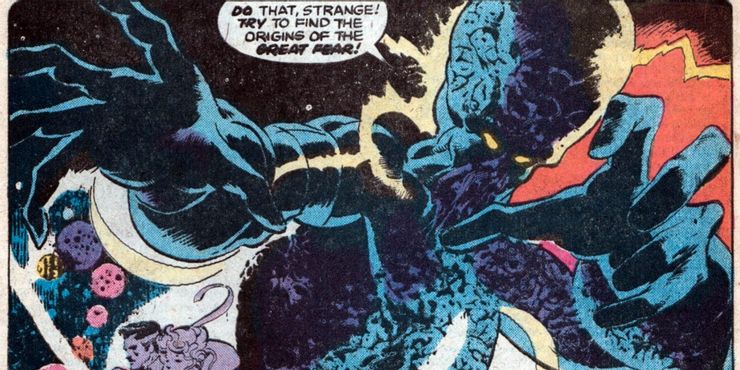 In the comic book version, the essence of Dweller-in-Darkness is a parasite that creates fear in others and relies on it to survive and increase strength. The greater his fear, the more powerful he becomes, to the point of being able to create independent-thinking and nightmarish entities known as Shade-Thralls; or D’Spayre, fearsome creatures with terrible powers not inferior to him.

Dweller-in-Darkness possesses extraordinary mystical powers, allowing him to easily infiltrate the Sanctum Sanctorum facilities that Doctor Strange guards. In addition, he has repeatedly proven himself to be a worthy opponent of the Sorcerer Supreme. He especially loves “brain hacking” others, often creating illusions, enticing opponents to serve him by promising to fulfill their secret dreams. This is how the Dweller-in-Darkness lured Wenwu to Dai La to free him in Shang-Chi & the Legend of the Ten Rings.

How has Dweller-in-Darkness changed in Shang-Chi & the Legend of the Ten Rings?

As mentioned above, the movie version of Dweller-in-Darkness has changed quite a bit from the original. His appearance is a combination of the “original” with Kkallakku, another Fear Lord in the form of a dragon, the leader of the Fear-Eater army – creatures that will suck the fear of others and offer up for him.

And yet, on the silver screen, Dweller-in-Darkness doesn’t seem to be a Fear Lord anymore, but has become a soul absorber. He can hunt on his own or rely on an army of Soul-Eater, similar to Kkallakku’s Fear-Eater.

However, the story of the origin of Dweller-in-Darkness in the MCU and his battle with the dragon god Great Protector is strongly inspired by the comic book version. Millennia ago, he came to the land of Dai La and destroyed a series of great villages and cities in this place before being overpowered by the power of the dragon god and the last warriors. Although they were unable to completely defeat him, they still found a way to seal him in a mountain of magic, similar to how Zhered-na had put him into a deep sleep.

Since then, generations of people in Dai La have taken turns guarding the Great Seal gate to prevent the Dweller-in-Darkness from escaping. However, like the comics, he can still probe all over the Earth and somehow, create illusions, sweet invitations to seduce others to release his seal. Possessing 10 powerful bracelets, and having a fatal weakness in his soul after the death of his wife, Wenwu became the ideal target in Dweller-in-Darkness’s plan to free himself.

What does Dweller-in-Madness mean for the future of the MCU? 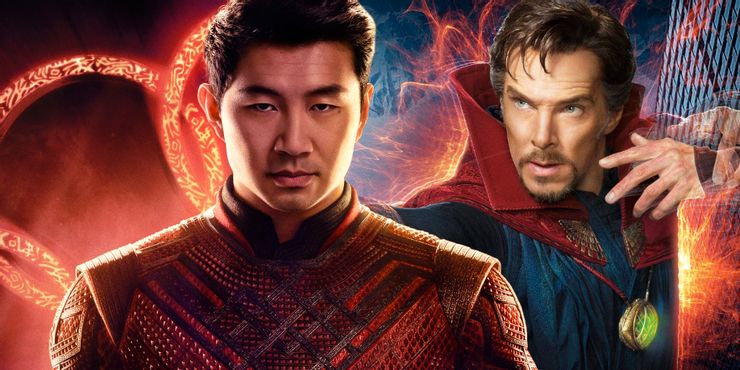 The multiverse is the main theme in many of the MCU’s next projects, especially Doctor Strange in the Multiverse of Madness. This film will officially bring America Chavez (played by Xochitl Gomez) to the big screen – a character from a mysterious land called the Utopian Parallel and possesses the ability to travel between different dimensions. Like Dai La, this is quite possibly an independent reality in the Marvel multiverse.

Besides, Dweller-in-Darkness is proof that surely the multiverse still contains many dangerous entities and monsters. Taking advantage of the anarchy between realities, they can attack the main MCU timeline and cause unpredictable disasters, much like how Dweller-in-Darkness devastated Dai La before Shang-Chi’s destruction. beat with teammates.

In addition, there have been rumors that Nightmare, one of the 5 Fear Lords mentioned above, will be one of the main villains of Doctor Strange in the Multiverse of Madness. Perhaps because they do not want to exploit this scary set of 5, Marvel Studios decided to combine Dweller-in-Darkness and Kkallakku as one of Shang-Chi & the Legends of the Ten Rings, as a way of “teasing” the appeared in the future of Nightmare, the most famous of the 5 Fear Lords.