At dawn Vietnam time, on his personal Facebook page, billionaire Mark Zuckerberg posted a video of himself experiencing the tactile glove model, which is said to be capable of allowing users to “feel” pick up” virtual objects by touching.

“Meta Reality Labs team is developing tactile gloves with the goal of giving users the most realistic sense of touch and grip possible when interacting in the metaverse. One day, you’ll be able to feel the textures and pressure when touching virtual objects”, CEO Meta introduced about tactile gloves.

The video above has attracted 35,000 Likes, 5.5 thousand comments and 3.7 thousand Shares. Some comments below the Video called this “Human and Technology Handshake!”.

“Realistic touch in the virtual world”

With a design reminiscent of the hands of Hollywood movie robots, Meta’s tactile gloves are equipped with hundreds of actuators (or small motors) to provide a sense of touch and hold in your hand. It can also ‘lock’ your finger to a certain position — for example, if you grab a ball or touch a hard surface in a VR world.

“To enable this experience and bring touch and feel in the metaverse, the team is developing tactile gloves – customizable gloves that can replicate a wide range of sensations in the virtual world, including texture, pressure and vibration,” according to Meta. 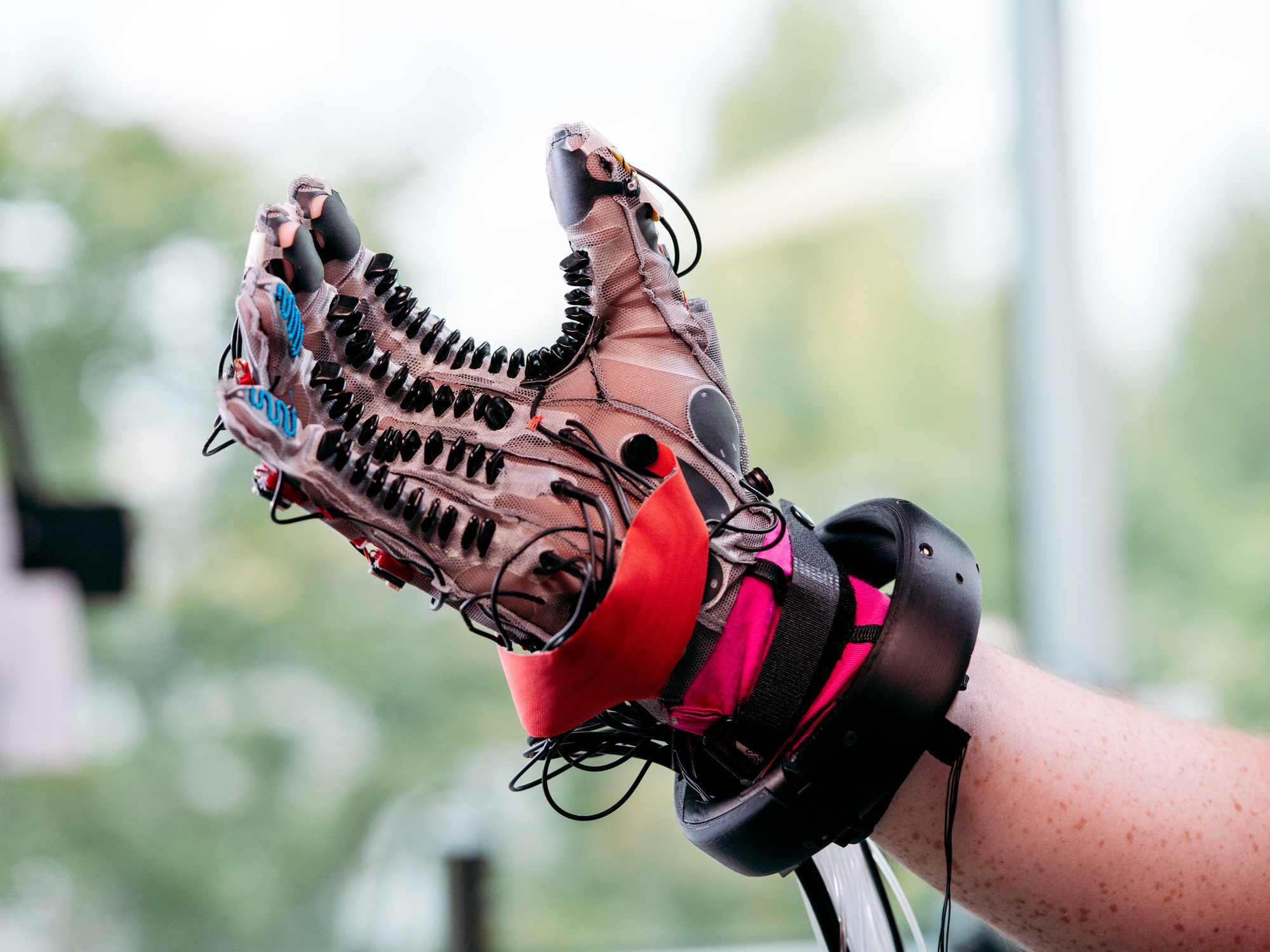 However, the main challenge facing Meta is the limitations of current technology. For example, traditional mechanical actuators are quite heavy and generate too much heat when worn in the hand. So, Meta’s Reality Labs has been developing actuators made of softer, more flexible materials.

Specifically, over the past two years, Meta’s Reality Labs has made significant breakthroughs in the development of pneumatic actuators that use air pressure to generate force, and variable electric actuators. shape or size in the presence of an electric field.

Notably, the latest prototypes of the tactile glove don’t use a motor, but rely on pushing air through so-called “small pockets” built into the glove to change its firmness at will. For example, air is used to move something up, down, and across the user’s fingers, creating a sense of touch.

However, as Meta admitted, the tactile gloves this company is developing still have many limitations. The glove, for example, cannot fully reproduce the physical sensations of the real world. Instead, this glove model can provide just enough feedback at the right time to trick your mind into thinking you’re holding a virtual object in your hand. 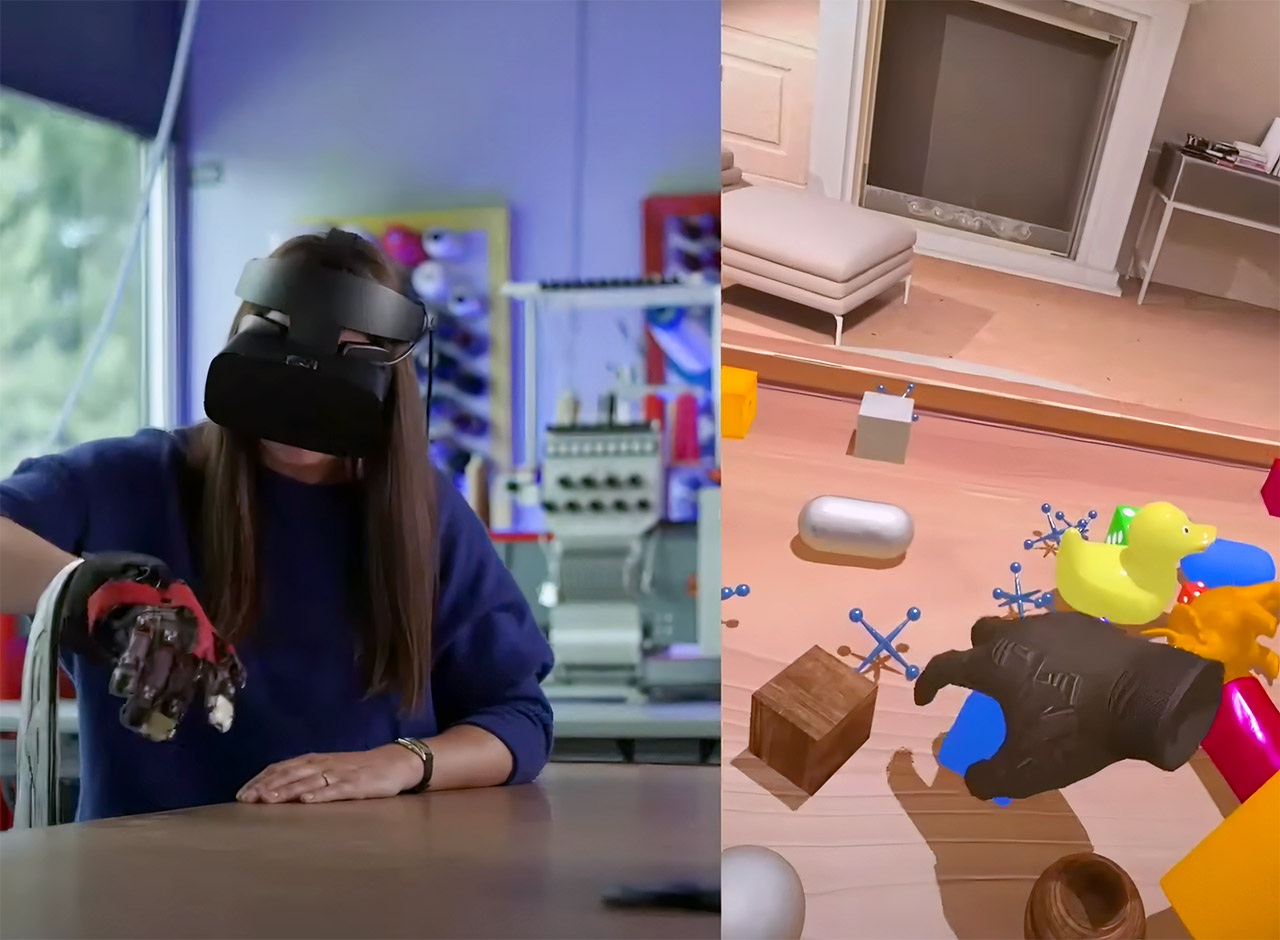 “A tactile glove can even ‘trick’ the wearer’s perceptual system, allowing them to sense the weight of an object by gently pulling the skin over the fingers using transducers. moves to mimic gravity’s pull on an object being held, but it all has to be timed, says Meta’s Reality Labs.

All in all, this tactile glove prototype is just one part of Meta’s long-term vision of creating a virtual reality world that could one day replace the Internet. According to Zuckerberg, the metaverse could even replace things we do in the real world, like attending concerts and playing sports. But to get there, Meta will need a collection of groundbreaking technologies capable of making VR interactions more lifelike.

At the moment, it’s unclear when Meta will launch tactile gloves for VR users.