Recently in the interview program of Lex Fridman, founder Mark Zuckerberg had confided about death, said he understood that he would eventually “go” but not really too scared about it. .

However, it is also because this has contributed to the Facebook founder trying to build a virtual universe to leave for his descendants, because this work, if successful, will last over time.

“You’re an ordinary person, so are you afraid of death? Do you think about your death? Do you feel scared about it?”, host Fridman asked Mark Zuckerberg.

In response, Mark said he is aware of this and is trying to do many things like exercise to stay healthy.

“I exercise a lot…I still have a lot of work to do,” the Facebook founder admits.

In addition, Mark also said that he is not afraid of the thought that one day he will die and leave his daughter in the world. Sometimes it is the finite that makes the value of anything, from things to life, more wonderful and precious.

“It doesn’t scare me too much. I think the limit on life expectancy also has its benefits,” billionaire Mark said.

As the billionaire who runs the world’s largest social network, Mark also has advice for young people who have just graduated from school to choose a friend to play. Mark himself, when recruiting employees for the parent company Meta, always wondered if he would be happy working with them.

“I will only hire individuals that I feel I can even work for. It’s not that I want them to run the company, but assuming I had to apply for a job, these individuals might be able to work for them. be my boss,” Mark shared. 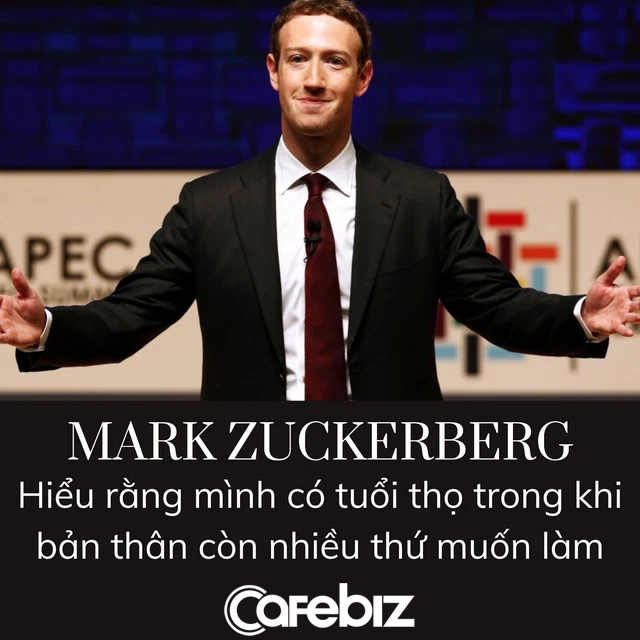 In the last part of the interview, Mark also shared his personal opinions about life. When asked what he would ask God before he died, Mark said he wanted to make sure his wife and family would live well after that. However, this question depends on the context of the death.

The Facebook founder said that in the past his family was everything and only to him, but when he had to run a billion-dollar company like today, he was not sure. Is the most important thing for Mark to be responsible for society or family?

Finally, when asked about the meaning of life, Mark said that it is the connection between people that creates that miracle and this is one of the reasons the Facebook founder turned to building a virtual universe.