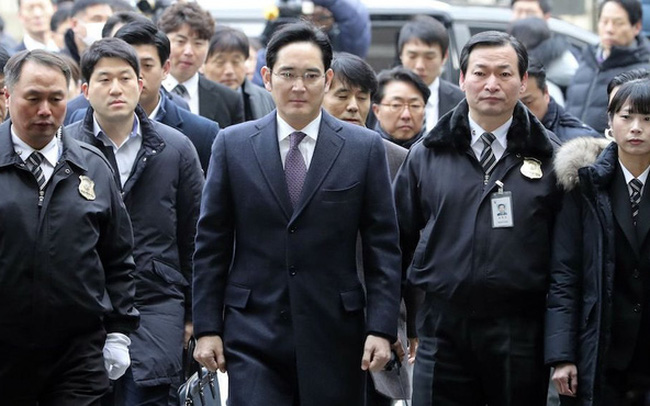 The Financial Times reported that the most powerful leader of Samsung is on a trip to the US. Investors hope this is a sign that the South Korean company is looking to spend $100 billion in cash.

Samsung’s third-generation heir Lee Jae-yong is on his first overseas trip since South Korean President Moon Jae-in agreed to his early release from prison on grounds of national interest next year. in August.

Samsung’s cash reserves have already skyrocketed while Mr. Lee sits behind bars. That number is enough for this group to make huge deals, on par with SoftBank’s Vision Fund 1.

Samsung’s most significant acquisition was last made in 2016 with the $8 billion acquisition of US automotive technology group Harman. Since then, the company has largely stayed out of a boom in big deals in the tech industry. 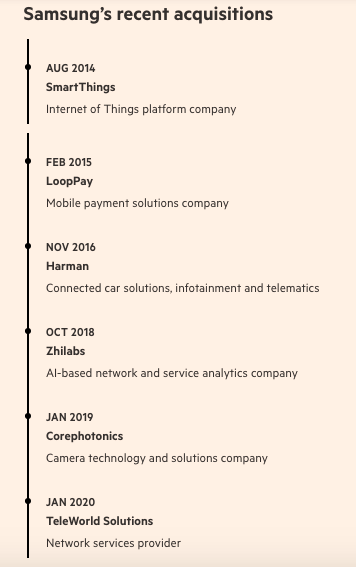 According to IC Insights, M&A in semiconductor companies totaled more than $200 billion over the past four years, reaching a record $118 billion in 2020.

“There have been a lot of mergers and acquisitions in the tech industry in recent years, but Samsung is not on the list,” said Kim Young-woo, an analyst at SK Securities. The company’s top management will make the decision, but Mr. Lee is busy dealing with his legal issues.”

With this visit to the US, Mr. Lee is said to have met the executives of vaccine developer Moderna and telecom operator Verizon. It is expected that during this business trip, Mr. Lee will also announce the location selected in the US to build a new US$17 billion semiconductor factory to better secure business operations in the US.

The world’s largest maker of memory chips and smartphones said it was optimistic a deal could be done on a “meaningful scale” within three years and it was actively looking at development areas. Rapid developments include AI, 5G, and automotive.

“With more than 100 billion won in net cash, shareholders want Samsung to pay more dividends if they don’t use that to expand operations,” said an industry official with knowledge of the matter. 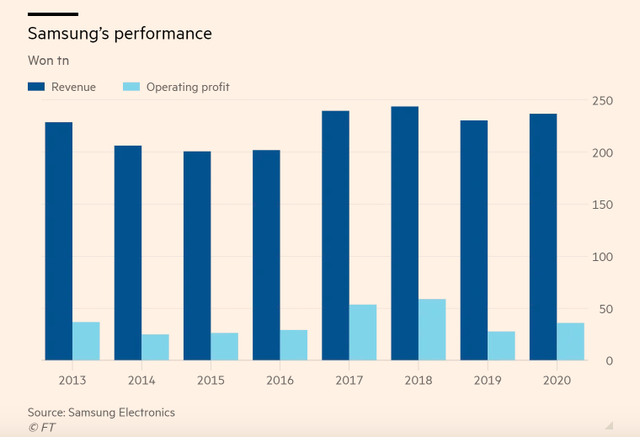 Shares of Samsung have fallen more than 10% this year amid concerns about an expected 2022 supply glut for Nand memory chips (which allow files and data to be stored without power) and Dram chip (allows short-term storage for graphics, mobile devices, and server chips).

“They have too much cash and are inefficiently allocating capital. There are concerns that Samsung could fall behind in the memory race,” said James Lim, an analyst at US hedge fund Dalton Investments. while investors don’t seem to believe it can become a leader in the non-memory space.”

Samsung’s extremely cautious approach stems in part from Lee’s quest for steady management since he took control of the $357 billion company in 2014. 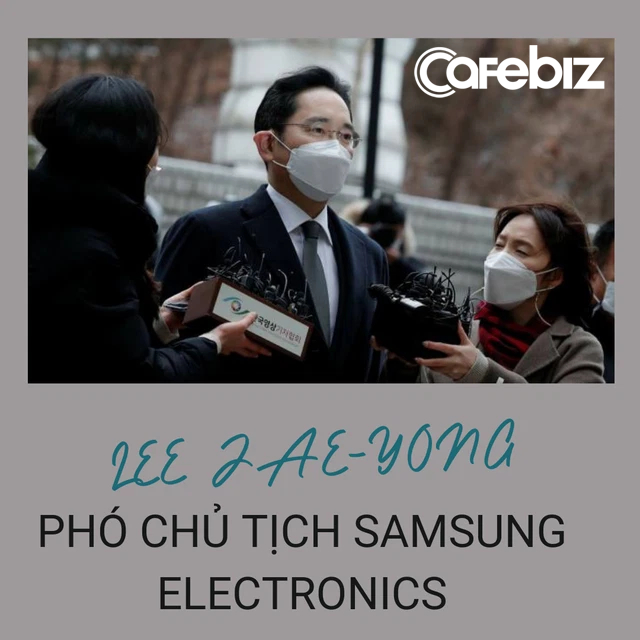 The company’s bitter experience with past deals, as well as concerns about potential antitrust issues, have also contributed to the company’s reluctance to face major acquisitions.

The company’s executives were exhausted when Samsung took over AST in 1995, fund managers say. The company lost local talent trying to integrate the American computer company into the office. make your own business. Lately, Samsung has struggled to improve Harman’s dwindling margins.

Analysts say Samsung needs to make M&A deals in foundry, a lucrative market to produce memoryless chips for other companies, where it lags far behind Taiwanese rival TSMC.

“Acquiring a company that doesn’t specialize in memory is very important for Samsung,” said Paul Choi, head of research at brokerage CLSA in Seoul. “Samsung is the global leader in memory chips, but the non-memory market is much larger.”

Investors are also concerned about the advancement of Chinese companies in the memory chip sector, where Samsung has dominated for decades.

In the areas of telecommunications and AI, Samsung is specifically targeting highly specialized technology companies that can help them develop wireless networks and interoperability of consumer electronic products.

But one expert says startup founders don’t want to merge with conservative companies like Samsung. This makes the ability to successfully negotiate transactions more difficult.

“For many founders, partnering with large corporations is the worst option, even if it’s a company with a really big name in the technology field like Samsung,” he said.