Jeff Bezos is “sitting on a goldmine” even bigger than he thought. Bezos’s nearly 10% stake in Amazon, a corporation with a market capitalization of $1.9 trillion, is now worth about $190 billion. However, the wealth of this second-richest billionaire in the world could increase by 50% if Amazon is divided into 2 companies.

Earlier this year, the founder of the e-commerce giant stepped down as CEO and gave the reins to Andy Jassy, ​​the head of Amazon Web Services (AWS), the company’s cloud computing business. Amazon Web Services is by far the fastest growing and most efficient division, with an operating profit margin of more than 22% over the past 12 months. 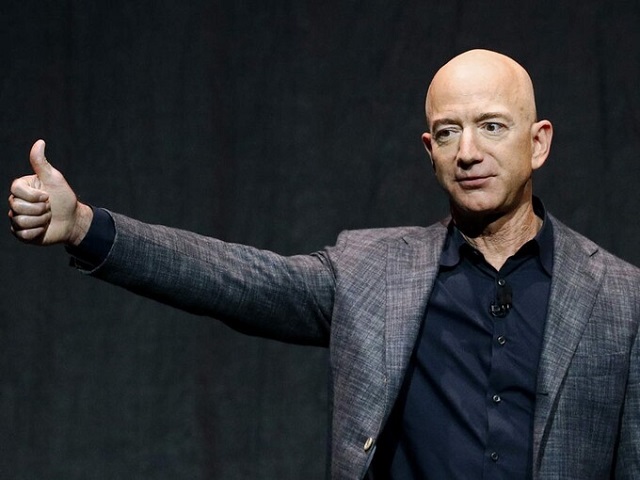 From a market perspective of cloud software and data companies, AWS is even more valuable. Smaller companies like Cloudflare have an EV/R (Enterprise Value to Revenue Mutiple) – calculated as business value/revenue – up to 80 times. Or Palantir Technologies and Okta — which are growing at a similar rate — have valuations at about 24 times revenue.

Let’s say Amazon’s cloud business hits $75 billion in revenue next year, as DA Davidson estimates. If we apply the same EV/R ratios as Palantir Technologies and Okta, the value of AWS could be close to Amazon’s market capitalization today.

According to Davidson, Amazon’s 2022 retail sales in North America and international markets could reach nearly $500 billion. Choosing an EV/R ratio of 2 – higher than Target’s and lower than eBay’s, Amazon’s retail value could be $1 trillion. On paper, Amazon – with no net debt – could be worth around $2.8 trillion. If this materializes, Bezos’ stake will reach nearly $280 billion.

Recently, a series of large enterprises have joined the trend of splitting up. Within days, Johnson & Johnson, Toshiba and GE all announced plans to split the company. Shareholders will sometimes appreciate businesses that focus on one key area. A prime example is eBay and PayPal. In 2015, eBay’s board of directors decided to spin off its PayPal payments unit into an independent company. And now the market value of PayPal is much larger than that of eBay.

This may be true for Amazon. AWS is booming as retail faces shipping, supply chain, and labor issues, not to mention close scrutiny of competition and privacy issues.