In the 40s of the 19th century, British physicist James Prescott Joule conducted a special experiment to prove that functional energy can be converted into heat. This experiment consisted of a suspended weight system, tethered to a wooden reel with wooden oars embedded in a sealed water tank (see figure below). 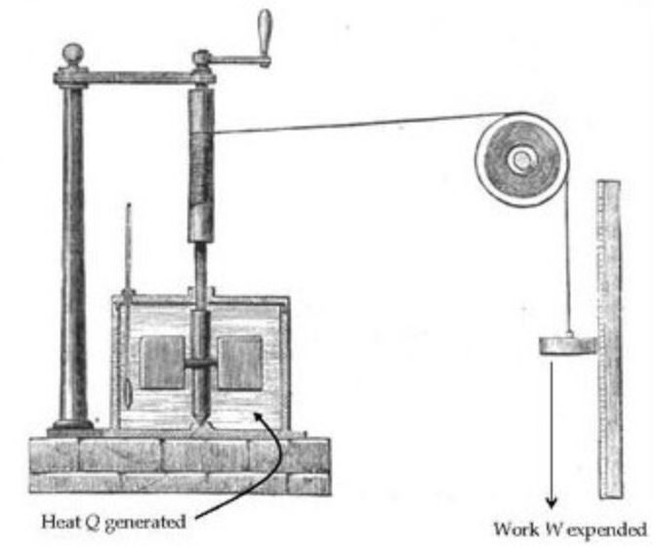 Joule’s famous stirring experiment was the premise for the later law of conservation of energy.

When the weight falls under the action of gravity, it will make the wooden shaft rotate, causing the wooden oars to rotate, causing the water to heat up. From that, Joule concluded that functional energy was converted into heat energy. This is an important experiment for physics in general and thermodynamics in particular, which is the premise of the famous law of conservation of energy: Energy is neither created nor destroyed. It is only transformed from one form to another or from one object to another. The name Joule is also given to a unit of energy measurement used in the SI International System of Units.

That means every time we stir the water, the work we generate will be converted into heat energy and cause the temperature of the water to rise a little. However, this change is very small and human touch is almost imperceptible, especially when we often stir water (such as juice, sugar water) for a very short time, with great force. very slight impact. 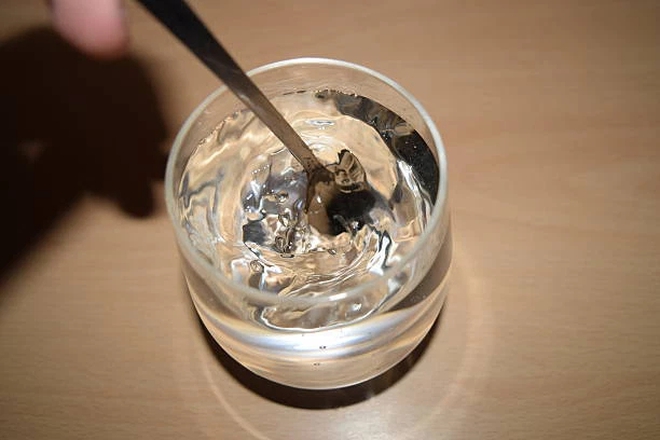 The temperature of the water will certainly increase a bit every time we stir it, but can we make it boil by stirring it quickly for a long time?

Thus, the water will certainly heat up when stirring, but the question is if stirring continuously for a long time, can the temperature rise to the point of reaching the boiling point? In other words, can we make water boil by stirring it?

The experiment below will answer that question. However, it can be said with certainty that with human strength, even those with good physique, it is difficult to make water boil if only stirring by hand. But with just a simple item in the house, we can completely perform Joule’s experiment and boil water in the most “unusual” way.

[Vietsub] The law of conservation of energy says that work can be converted into heat, but can we make water boil by stirring it quickly?

According to The Action Lab