In 2017, when computer systems around the world were struggling with the WannaCry ransomware attack, the image of a Russian cleric splashing water on the servers caused a fever around the world when it was said that this was the way to go. Russians against these ransomware.

But in fact, this photo was taken in 2013, instead of 2017 when the ransomware attack occurred. The person in the picture is indeed Russia’s top cleric, Mr. Patriarch Kirill. And the computer system being sprinkled with holy water in the picture belongs to the Ministry of Internal Affairs of Russia.

This photo shows one of the Russian customs of inviting Orthodox missionaries to pray, blessing servers and other tech equipment. More images also show how common this activity is in Russia. 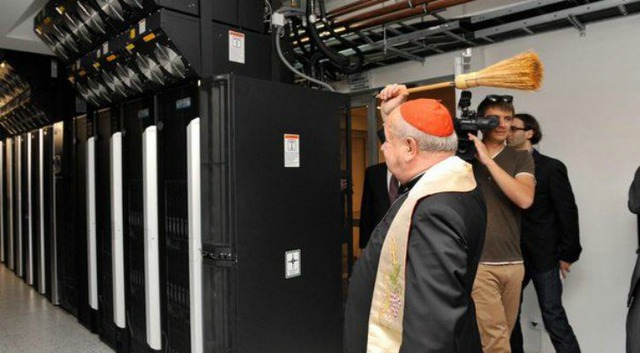 Therefore, it is unlikely that these clerics will come to bless again while the attack is in progress. However, sadly, despite being blessed, a report by The Sun said that after that, the computers of the Russian Interior Ministry still fell victim to the WannaCry attack in 2017.

But with the images of anointing with holy water like these, just hope they don’t short circuit in the servers being celebrated.