According to data from CoinGecko, the circulating supply of Tether has dropped from around $83 billion last week to just under $76 billion this week. This is a stablecoin, the term refers to digital currencies that are always worth 1 USD thanks to the types of assets that back it up so that its price is unchanged against the US dollar.

However, the coin fell to 95 cents to 1 Tether amid market panic over the collapse of a cryptocurrency called TerraUSD or UST.

Most stablecoins are backed by so-called Fiat Reserves, which are based on the idea that they have enough collateral in case users decide to withdraw their funds. However, stablecoins like UST rely on a digital currency called Luna as a guarantee. When the cryptocurrency market sold off, the worst crash happened. 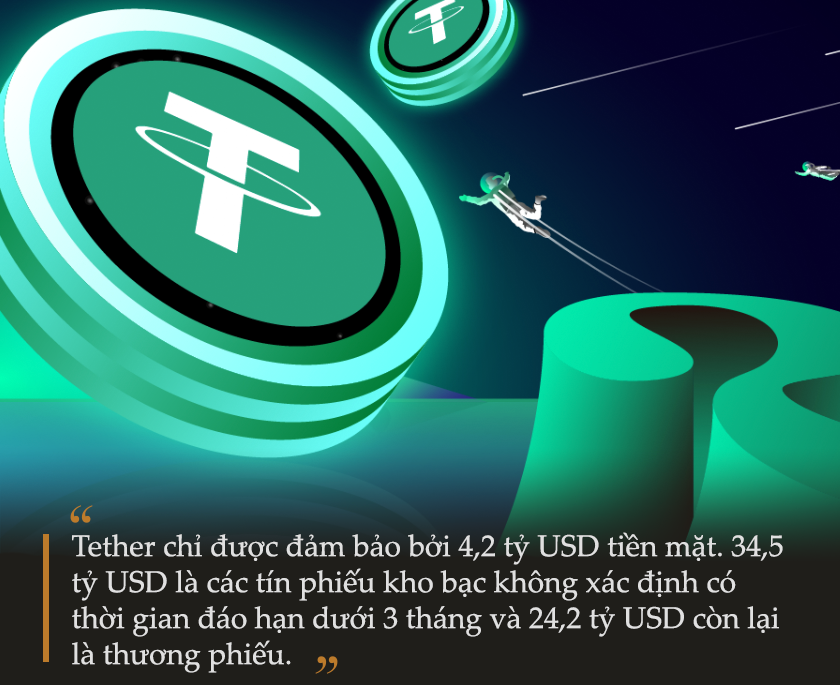 Previously, Tether claimed all of their cryptocurrencies were backed one-on-one by bank-storage USD. However, following a settlement with the New York Attorney General, the company revealed that it relied on other assets, including commercial paper (a form of short-term, unsecured debt issued by companies) to support its stablecoin.

Specifically, in the last disclosure, Tether was only backed by $4.2 billion in cash. Most of the remainder, amounting to $34.5 billion, are indeterminate Treasury bills with maturities of less than three months. The remaining $24.2 billion is commercial paper.

This situation has once again raised concerns around so-called stablecoins, which were created to deal with the terrible volatility that digital currencies like Bitcoin have always faced. The decrease in value of the Luna coin near zero caused the UST coin, which is backed by the Luna coin, to slide along.

According to a profile on LinkenIn, Tether has a relationship with a company in tax haven Cayman, with only 3 employees. It has repeatedly faced requests to inspect all of its reserves. In July 2021, the company announced it would issue a formal report within “several months”. However, nothing has happened at the moment.

Responding to a Twitter user who urged Tether to do a full audit, Paolo Ardoino, the company’s chief technology officer, asserted that their token is “fully supported” and has made a $7 billion exchange. in the past 48 hours.

“We can continue to convert to USD if the market wants to. We have enough liquidity to do all major transactions and pay in a one-to-one method,” Ardoino emphasized.

However, these reassurances failed to alleviate worries in the market. Last week, US Treasury Secretary Janet Yellen warned of the risks to financial stability if stablecoins develop without regulation. She also urged lawmakers to approve regulation in this area by the end of 2022. 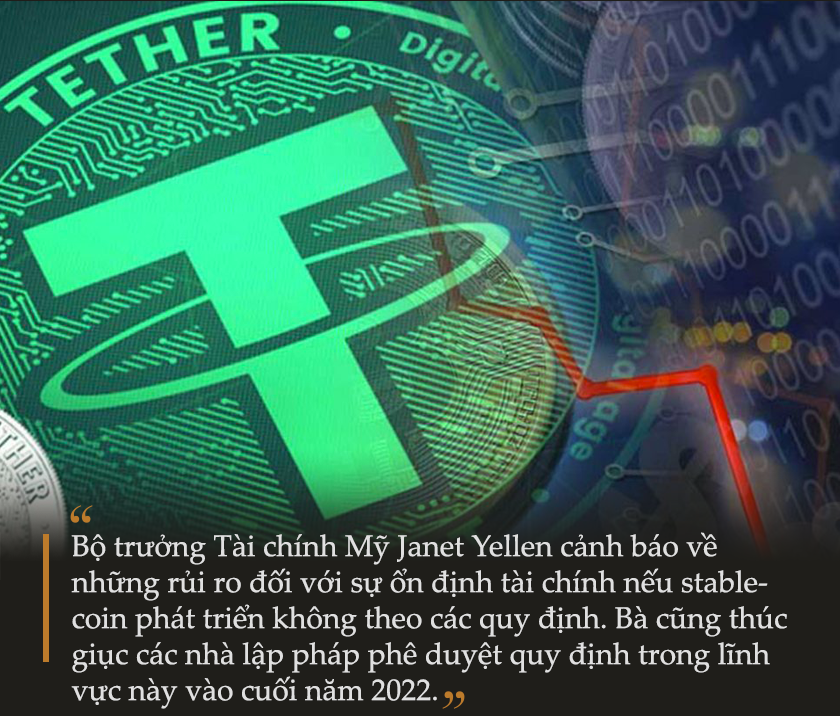 In Europe, Bank of France Governor Francois Villeroy de Galhau said the recent turmoil in the cryptocurrency market should serve as a “wake-up call” for global regulators. Villeroy said cryptocurrencies could disrupt the global financial system if left unchecked, especially with stablecoins, which he says are being “misnamed”.

Meanwhile, European Central Bank Executive Board member Fabio Panetta said that digital currencies like Tether have the potential to have a strong impact on traditional financial activities, which are under the rule of law. The EU also plans to bring stablecoins under stricter regulatory scrutiny with new rules called the Regulation of Cryptocurrency Markets, or MiCA for short.

Meanwhile, Frances Coppola, an independent economist, explained that it is cryptocurrency exchanges, not retail investors, that are withdrawing billions of dollars from Tether in wholesale transactions. To exchange Tether to USD, customers must withdraw a minimum of 100,000 USD.

“The real customers are the exchanges,” Coppola said. The exchanges then sell the tokens to traders, including large investors and retail investors.

Tether is an important part of the cryptocurrency market, facilitating billions of dollars worth of transactions every day. Investors typically move their cash into Tether’s cryptocurrency during periods of high market volatility.

However, when the collateral is not clear, the risk continues to fall on investors. Investors have also realized this and poured money into rival stablecoins like Circle’s USDC or Binance’s BUSD. They have also gained around 8% and 4% respectively over the past week when rated as “safer” than Tether.

Carol Alexander, a professor of finance at the University of Sussex, said: “While not large enough to cause disruption in the US money markets, Tether could eventually reach that scale. Supposedly, they have $200 billion in collateral instead of the current $80 billion and most of it is in U.S. government liquidation securities, a collapse that could hit the money market of the world’s largest economy. , even pushing the whole world into recession”.