Shang-Chi & the Legend of the Ten Rings not only brings brand new superheroes to the MCU, but also opens up a fantasy land that has never been seen in this cinematic universe. It is Dai La (Ta Lo), another world in the Marvel multiverse, which is surrounded by a bamboo forest that is constantly moving to prevent outsiders from entering.

Dai La’s position in the MCU 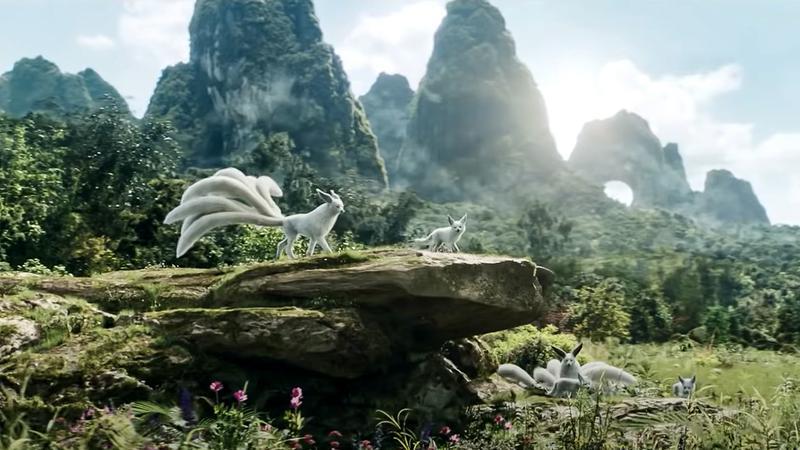 Fantasy, mystical lands and mythical dimensions are no longer too strange for the MCU. They appear as countries like Wakanda, planets like Asgard or parallel realities like the Dark Dimension. However, Dai La is completely different from the rest. And the best way to describe it is a mini dimension.

Unlike Wakanda, a real place on Earth; or Asgard, a planet in the Marvel universe that many characters have had the opportunity to visit, Dai La is located in another dimension. However, if the Dark Dimension is a completely separate world, then Dai La still has a little connection to the main MCU timeline.

As mentioned in Shang-Chi, the road to Dai La will be opened once a year during the Qingming festival according to Chinese culture. On other days, this land will be hidden behind a space gate located in a waterfall, protected by a bamboo forest that is constantly moving, making it impossible for others to determine the direction, and even lose their lives. life if it weren’t for the mystical creatures at Dai La to show the way.

That is the unique point of Dai La compared to other locations and dimensions of the MCU. This land does not completely separate itself from the Marvel universe, but not everyone, and not always able to travel there. No matter how strong a superhero or a supervillain is without knowing the secrets of the mobile bamboo forest, or the moment when the road to Dai La opens, it can only be given up. stop. 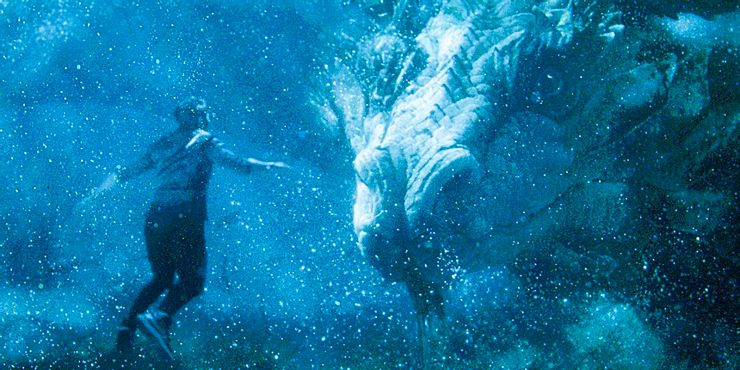 “Immigration procedures” are so weird, so it’s not surprising that Dai La is home to many exotic animals, including Morris, the creature that led Shang-Chi to this place. They are all inspired by Chinese folklore and legends, and each animal has its own meaning and story.

For a brief roll-call, we have the Celestial Fox, Phuong Hoang, Unicorn, Stone Lion, Dragon and Chaos – the main inspiration for Marvel to create Morris. In particular, the two stone lions and then the dragon god participated in the final battle between the people of Dai La and the Ten Rings of Wenwu as well as the Dweller-in-Darkness monster from another dimension. . You can learn more about each of these creatures in this article.

What strengths do Dai La people possess? What is the origin?

Despite possessing the ability to travel clouds to the wind, passing through different dimensions with ease, the dragon god seems to have chosen to lie dormant in the central lake of Dai La since the first battle. with the soul sucker Dweller-in-Darkness. Its mission is to guard and be ready to fight any time the door that seals the evil demon is broken. However, as mentioned above, the dragon god always supports the people of Dai La in the following two ways.

First, dragon scales have magical properties and are used to make weapons and armor, helping the user to improve their physical strength, possessing strong healing ability and great strength. Second, it was the dragon god who taught them how to harness and control the power of “chi”, helping them to control the natural elements according to their thoughts, especially wind and water. 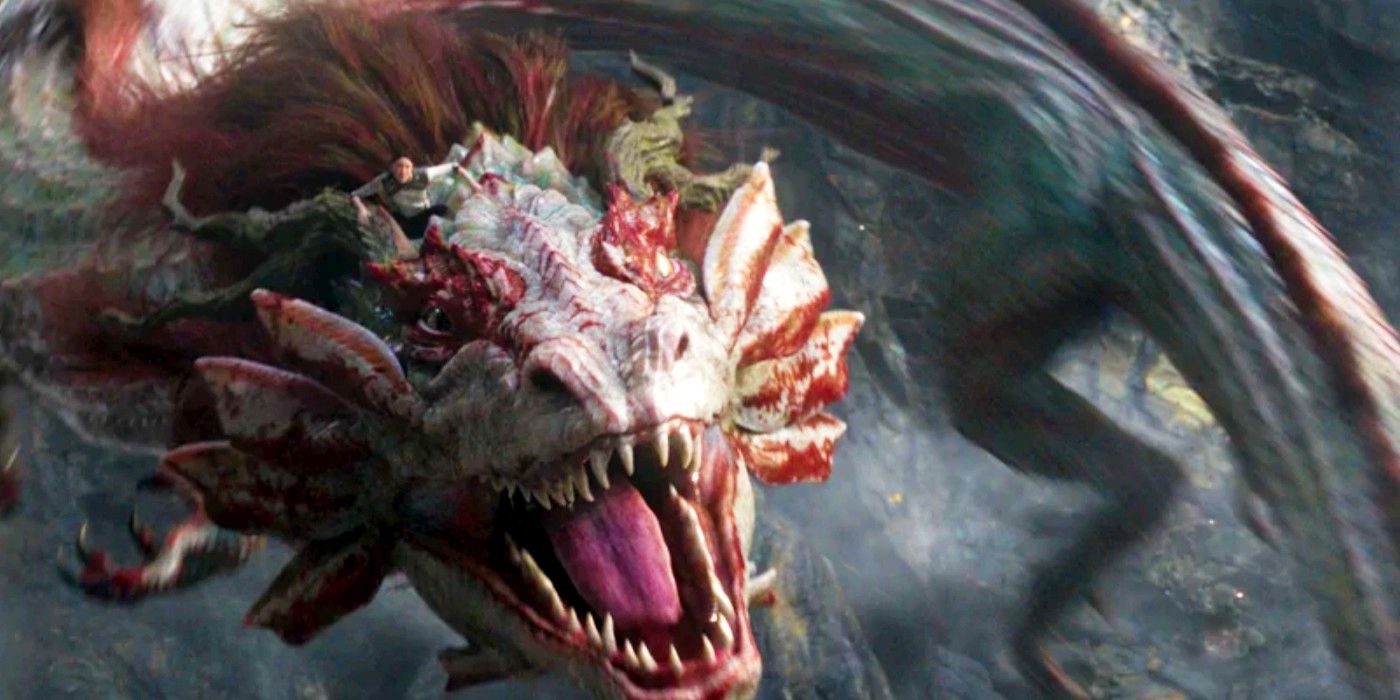 The dragon god is Dai La’s main source of strength.

In a few flashback scenes, the dragon god has imparted to the people of Dai La a vast store of knowledge that helps them possess many superhuman powers to guard the Dweller-in-Darkness and protect this land. Those who practice hard, reach the level of a master, can take advantage of the natural energy around, for example, control the wind to attack or establish a solid defensive wall, or bend the water. and used as a powerful weapon.

One thing that has not been fully explained is whether the people of Dai La will be able to maintain their strength after leaving their homeland. Shang-Chi’s mother, Ying Li, decided to give up all her superpowers after following the call of love, leaving Da La to marry Wenwu.

However, no one knows how this process takes place. Did Ying Li take the initiative to remove all his internal power, or just step out of Dai La, all the power that the dragon god bestows will automatically disappear? In addition, it is possible that she deliberately concealed her power when she was with Wenwu to ensure that the secrets related to Dai La would never be revealed. That is why Ying Li was able to defeat many of Wenwu’s enemies alone before her death, because her strength was never really lost, but probably only weakened after leaving Dai La never mind.

Differences between Dai La in comics and on screen

To be honest, Dai La is not mentioned too much in the original Marvel comics, and the information surrounding this land is also quite sparse and sporadic. Dai La is considered the kingdom of the Chinese gods, located at the highest point of the 36 clouds and is called the Great Canopy Heaven. This is the home of many mystical creatures and even space races, known as the Xian.

In the comics, Dai La is seen as the Chinese version of Asgard. The Xians were built inspired by gods in Chinese mythology, just as the Asgardians were based on Norse mythology. The Xians are a completely different race, worshiped as saints. Meanwhile in the movie version, the inhabitants of Dai La are just ordinary people who are given some power by the dragon god to protect this land.

Another difference is that Dai La in comics is a bit more accessible than movies, with 5 connecting gates located at Ngu Nhac Danh Son, including Thai Son mountain (east), Hoa Son (east). west), Hang Son (north), Hanh Son (south) and Tung Son (centre). All other details such as the guardian dragon god and the battle with Dweller-in-Darkness were created by Marvel specifically for the blockbuster Shang-Chi & the Legend of the Ten Rings.