When the iPhone was first released, it shook the world. Although the iPhone did not pioneer the smartphone field, it is arguably the first modern smartphone with many breakthroughs. 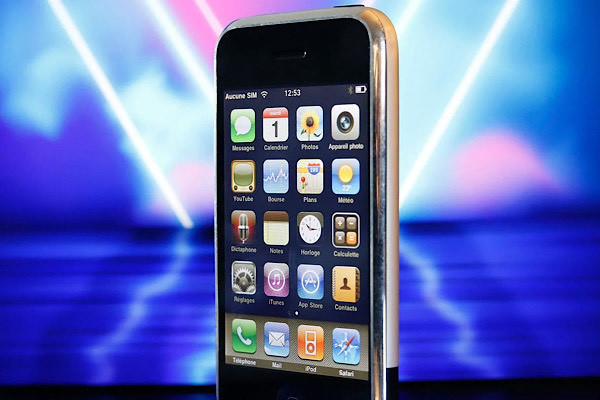 At the time of its release, when other manufacturers were still focusing on releasing flip phones and devices with sliding keyboards, the iPhone was dominant with its flat design with only a single Home button on the face. prior to.

Even when compared to other touchscreen phones of the time, the original iPhone was revolutionary. Instead of being operated by a cumbersome stylus, iPhone is designed to be used with just the tip of the finger, bringing convenience to users.

Now, 15 years later, Apple’s latest phones are still inspired by the design of the first iPhone.

Bring the whole Internet world into the “pocket”

Before the iPhone, the way most people accessed the Internet was through their home computer. These days, the first thing people do when they wake up is to check their iPhone’s notifications and use it to surf social media. Without the iPhone, the Internet would not be able to make such a big impact on our lives today.

For many people, especially in developing countries, a smartphone may be the first device they own that can access the web. iPhone has paved the way for a lot of people to have them have the opportunity to access the Internet.

Anyone can be a photographer

However, the Motorola Razr V3, considered by many to be the king of phones at the time, had only a 0.3 MP camera. So the camera on the original iPhone is still a huge step forward.

Nowadays, we are used to being able to take high-quality photos and videos wherever we are. But imagine how different a decade ago would have been without selfies, no food photos, or no Instagram.

Since the launch of the iPhone, never before have so many photos and videos circulated around the world, from capturing moments of everyday life to covering major events live.

Although you can log in to most social networking platforms from a computer, the vast majority of people access them via mobile devices.

Can you imagine how different Twitter would be if people had to drive home and log into their computers every time they wanted to tweet? Would Instagram survive if people didn’t have the ability to take snapshots anywhere and upload them seconds later?

While the iPhone isn’t the only way to access social media, it’s still the most popular. Many people’s first contact with social networks is from the iPhone, some social networking platforms when starting to work are also designed as iPhone-specific applications. So it can be said that modern social networking would not exist without the iPhone.

Make Apple the most valuable company in the world

After Apple fell in the 90s, even nearing bankruptcy, Steve Jobs began to turn the company’s situation around. By 2006, Apple had created a wave of success from the iPod and iMac. But that still hasn’t helped “Apples defect” reach the top.

All that changed when Apple launched the iPhone. Steve Jobs said Apple’s future success would come from breakthroughs and new products, not just capitalizing on past successes and he was right. iPhone sold 270,000 units in the first 30 hours on sale. Currently, Apple is the largest company in the world with a market capitalization of $3 trillion, and the iPhone is the company’s best-selling item.

While there are still mixed opinions about the impact of smartphones on our lives, for better or worse, no one can deny that the iPhone has changed the world forever.