In Amsterdam, the Dutch capital, pigs were recently used to limit birds from flying near the airport. And it’s not just pigs, about 20 farm-raised animals have been used to ward off large birds in the area around Amsterdam’s Schiphol International Airport.

This pilot project was launched in September to see if pigs could help keep birds away from planes. Bird flocks have long been a danger to airports and planes because they can cause significant damage if they are sucked into aircraft engines. They can also damage the outer shell of an aircraft, causing accidents and harming passengers.

The pigs are provided by Buitengewone Varkens, a small breeding company that specializes in outdoor animals. Schiphol Airport approached the company and asked if the pigs might come to eat crop leftovers, which attract geese and other birds.

“The first benefit is that pigs help make the area less attractive to birds by eliminating a food source.”, said Stan Gloudemans, the company’s owner. “The second, more practical benefit, is that the pigs will also try to catch the perching geese that like to rest in the open areas of the airport.”

Of course, no one expected the pigs to move fast enough to actually catch the geese, but their efforts meant they would act like live scarecrows and scare away the birds, according to Gloudemans. 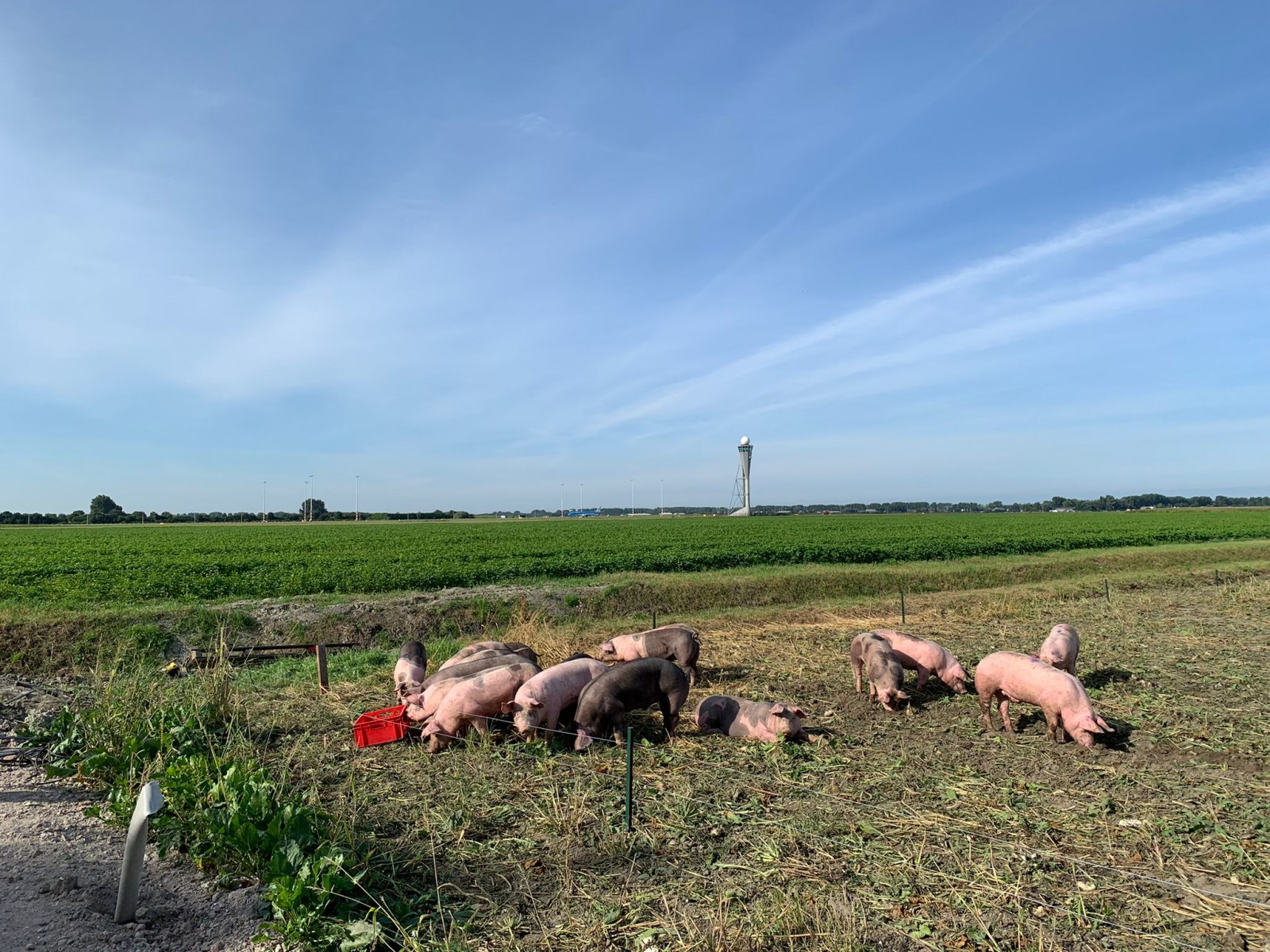 The pigs will be grazing on a patch of land between the two runways, where sugar beets have recently been planted and harvested. Bird activity in an area where pigs are raised will be compared with plots without pigs.

If you don’t know, Schiphol is the main international airport of the Netherlands, and one of the largest transport hubs in Europe. It is the third busiest airport in Europe, after London Heathrow and Paris Charles de Gaulle.

The six-week pilot project ended in the first week of November, according to a report from airport representative Willemeike Koster. Mr. Koster said the project was “informative” and that the data collected would be examined in the coming months. And a decision on whether to use pigs longer-term is expected to be made early next year.

Sharing with CNN, he also said that in 2020, the airport has seen about 150 bird attacks. Birds tend to pose a serious danger to aircraft when sucked into the engines. Schiphol Airport is also taking other measures to keep birds away from planes. For example, 20 bird checkpoints have been set up to monitor bird activity at the airport.

These control stations are responsible for keeping the birds out of the area at all times of the day and night, using special sounds and laser beams. Other measures also apply, such as the use of special grasses to make the area “unattractive to birds”.