It’s long been in the press that it seems Google has paid Apple a fortune to maintain its dominant position as the default search engine on iPhones, iPads, and Macs. However, a new class-action antitrust lawsuit claims could reveal more secrets behind the deal between the two companies.

Specifically, the lawsuit filed by California Crane School in state court earlier this week alleges that Apple and Google had a secret agreement behind the scenes for years. In it, Apple agreed to stay out of the search engine business to avoid competition with Google. In return, Apple not only gets paid for the default location, but also gets a share of the profits from Google.

While it’s no secret that Google pays billions of dollars to be the default search engine on Apple devices, the exact terms of that deal have never been fully disclosed. Documents from previous court cases reveal that the deal dates back to at least 2014, at which point Google only paid out $1 billion. That number has skyrocketed this year as iPhones, iPads and Macs become more and more popular, with some estimating the number could hit $15 billion last year. 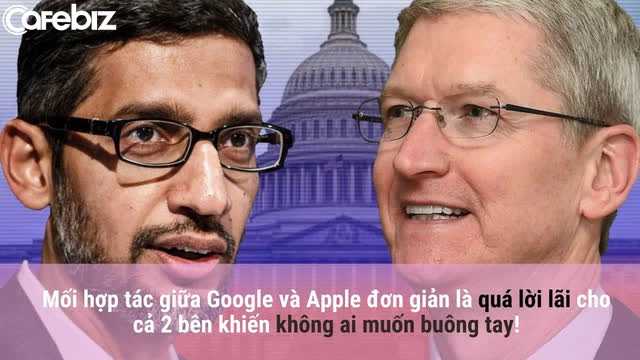 However, there has never been any evidence to detail this deal. There are some indications that Google may also be sharing a portion of the ad revenue it derives from using its search engine on mobile Safari. This obviously makes perfect sense since Apple devices are driving that traffic.

More importantly, though, there’s every reason to believe that Apple would be happy to make this deal with anyone willing to outbid Google. The default search engine placement on billions of Apple devices around the world is a vital, yet highly effective, “digital real estate” for the highest renters. In fact, some analysts believe that Google increased its payout to Apple by a record number last year out of fear that Microsoft would outbid Microsoft and take that spot.

However, the new lawsuit claims that Apple and Google also secretly signed a non-compete agreement in which Apple promised it would stay out of the search engine business in exchange for Google’s money.

The lawsuit makes several allegations of anticompetitive behavior by both companies:

– Apple will give Google incentives for all Apple devices.

– Regular secret meetings take place between the executives of both companies.

– Google pays Apple billions of dollars annually to not have to compete in the search business.

– This agreement blocked competition from smaller search engine companies, leaving them out of the search market.

– Google and Apple also acquire actual and potential competitors in the search market to prevent them from becoming a threat to their own business interests.

The suit argues that the result of this illegal collusion was to drive advertising prices much higher than normal, because the two companies had limited competition in the search engine business. and advertising.

Not stopping there, the case goes a step further, calling for the separation of the intimate relationship between Apple and Google.

So what’s going on?

Of course, anyone can make any claim they want in a lawsuit. But then, they still have to prove it.

Of the six points raised in the lawsuit, the first two are not entirely disputed. That’s basically what we already know about the search agreement between Apple and Google. Technically, Apple and Google may not have a real profit-sharing agreement; However, to be fair, the billions of dollars that Google is paying Apple comes from its search profits.

However, the remaining allegations are quite difficult and surely the plaintiff will have to be proven in court. However, so far there has been no real evidence to back up any of these claims and most likely this case is just an expedition to see what can be gleaned from the discovery process. However, at least through the lawsuit, we can find out how much Google is actually paying Apple.

There have been relatively few face-to-face meetings between the CEOs of Apple and Google over the years, and there’s no reason to believe that Apple would be interested in building its own search engine. The billions of dollars it could get from Google – or anyone else willing to pay for top impressions – is much easier money.

There have been concerns for a long time that antitrust regulators might declare Apple’s agreement with Google to be anticompetitive. If that happens, Apple may have an incentive to create its own search engine. But at least they have a $15 billion reason not to!