This program is currently only applied in the US, and will later expand to other markets. This seems to be good news for iPhone users because in the past, they all had to bring their iPhone to Apple’s authorized stores for repair at a cheap price or accept a less secure form than Take it to a repair shop that is not approved by Apple. 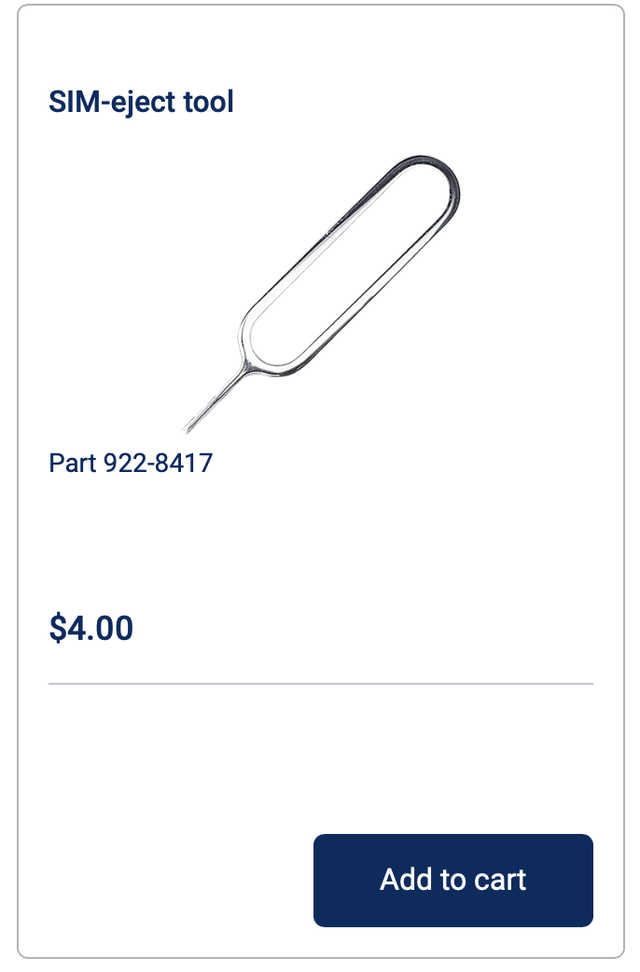 The user’s job is now to sit at home, order the necessary components from Apple’s website to conduct self-repair. At this point, a bit of “trouble” begins to arise.

For example, the battery of the iPhone 13 Pro Max is being sold by Apple for $ 71, while if brought to Apple’s service center, the user fee is only $ 69. However, if the user returns the damaged battery to Apple, the price drops to only $47 – which means users can also save about more than 20 USD compared to taking it to a service center.

However, to be able to fix your iPhone – unless you already have the tools to disassemble the device – you will have to rent an Apple tool kit for $49 for a week.

Searching for components that Apple sells, people discovered that a fairly common “accessory” is a SIM stick – in the group of components that support fixing the SIM tray. This item is being sold by Apple for 4 USD – nearly 100,000 VND. 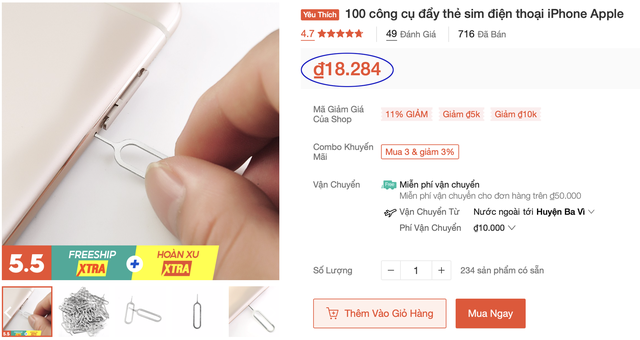 Apple’s sale of this accessory reminds people of a washcloth – which Vietnamese people call “iGie” for 20 USD (nearly 500,000 VND) not long ago.