Mr. Huy Nguyen, a representative of CellphoneS communication, said that this system has stopped distributing BKAV’s products. He also stated that “from now on, I will not sell anything from BKAV anymore”.

Currently, the controversial statuses between Mr. Huy Nguyen and Mr. Nguyen Tu Quang have all been removed. On his personal page, Mr. Huy Nguyen only left a status about “hate the company Bo” and “date to return both capital and interest”. 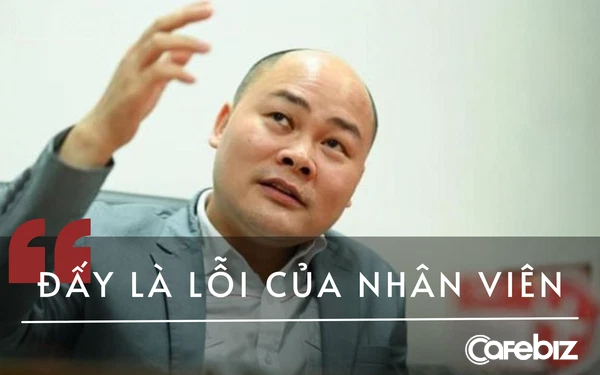 Before that, BKAV sent low-quality demo products to the distributor, then this unit passed it on to Vloggers for evaluation first. However, when the review videos were posted on YouTube, the BKAV side requested to edit and remove the video because the product was incomplete.

Not long after that, BKAV CEO – Nguyen Tu Quang posted an explanation, saying that this is “staff error“.

“The incident stemmed from the fact that BKAV’s sales department transferred a set of SAMPLE PRODUCTS, an unofficial test version, to an agent’s line sales department. There is a misunderstanding in the agreement of these two departments. The error belongs to BKAV’s sales staff, this friend did not say that this is a test product, only for INTERNAL use“, said the CEO.

After having to delete the video review, Tan Mot Cu – one of the three YouTubers who had experience before the AirB product continued to post, declaring “do not want to work with BKAV“.

Regarding the case that CellphoneS “stopped playing” with BKAV, Mr. Nguyen Tu Quang then hurriedly deleted the name CellphoneS from the list of AirB headset distribution agents. 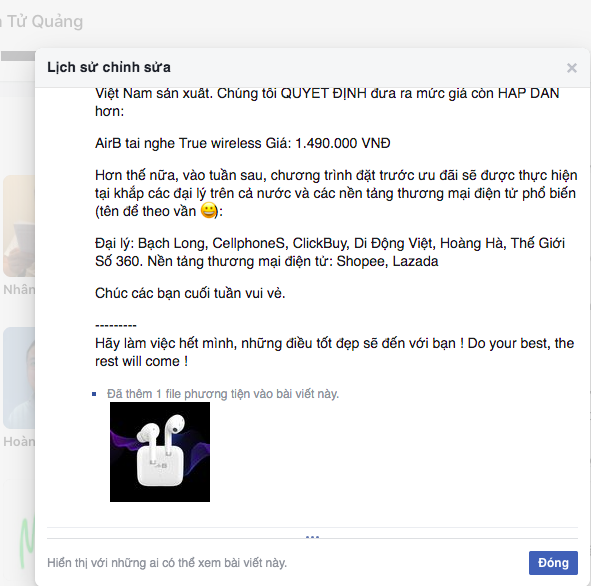 The name CellphoneS has also been removed by Mr. Quang from the status.

CellphoneS is not the only retailer that “stops playing” with BKAV. Before that, The Gioi Di Dong – the largest retail chain of mobile phones in Vietnam also had a close relationship with BKAV. During the launch of BPhone 2017 in August 2017, Mr. Tran Kinh Doanh once said that if he did not have a mobile phone, he would also choose to buy Bphone 2. However, after only 10 months, BPhone phones did not. also appear on Mobile World.