Shares of Digital World Acquisition Corp., the company that developed Truth Social along with Trump Media and Technology Corporation (TMTG), rose 24% on April 27, although they have fallen 60% in the last two months.

On April 27, billionaire Elon Musk shared on his Twitter that Social Truth surpassed both Twitter and Tiktok on the Apple App Store overnight. According to Bloomberg, the download of Truth Social has increased tenfold and reached more than 55,000 as of April 26. Truth Social’s daily active users count also now reaches 365,000, up 20% from last week. 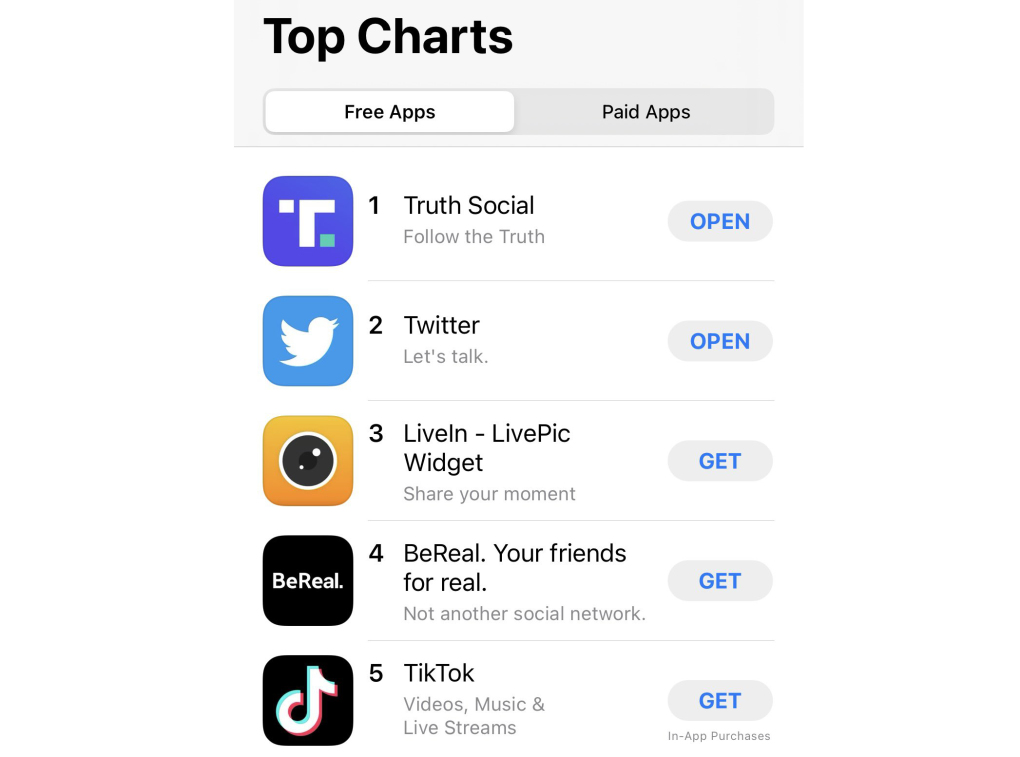 Trust Social took the lead in downloads in the US on April 27. Photo: Bloomberg

Devin Nunes, CEO of TMTG, also shared on Trugh Social about this event: “Truth is gradually becoming a home for the most talented people on the internet”.

Former US President Donald Trump announced the creation of Truth Social in October 2021 “to fight the tyranny of tech giants” and actually launched the platform in February 2022.

After being available on the App Store, Truth Social immediately rose to number one in the free apps category in the US, the first market this social network was launched in. However, the platform is considered a “ghost town” because of its few regular users, limited features and difficult usage.