The level of strangeness of this case is very high, the strange death of the deceased makes everyone who hears it terrified, even if it is searched through the world’s criminal history, it is difficult to find a similar case. . However, in the face of such an unsolved world-class case, the Japanese police rushed to close the case.

Except for the scene where the excavator was used to dig the pipeline, police did not release any photos of the victim’s body. Because the police investigation is rushed and there is little public information, there is no such thing as truth or shady in this case. However, for the curious, the conclusion of the case was too simple and unacceptable.

First of all, we have to clarify one question, how did Naoyuki Sugano (26 years old, victim of the case) commit suicide, accident or be killed?

Let us first consider the case of suicide. Usually in suicides, the victim will leave a message or some kind of notice to signal his death. However, in this case, there is no solid evidence related to suicide.

In addition, the most common ways of suicide are hanging, jumping off the bridge, jumping off the stairs, cutting your wrists, taking sleeping pills… and most of them are ways to make death happen quickly or gently, not anyone. chose the type of suicide as the victim in this case, this is a painful and slow way of death. Moreover, from the psychological aspect of the victim, everything is normal, going out to eat and drink with friends and still greet his parents normally before leaving the house, so there is no chance that the accident will happen. people suddenly want to die at will. Therefore, the possibility of Naoyuki Sugano’s suicide can basically be ruled out. 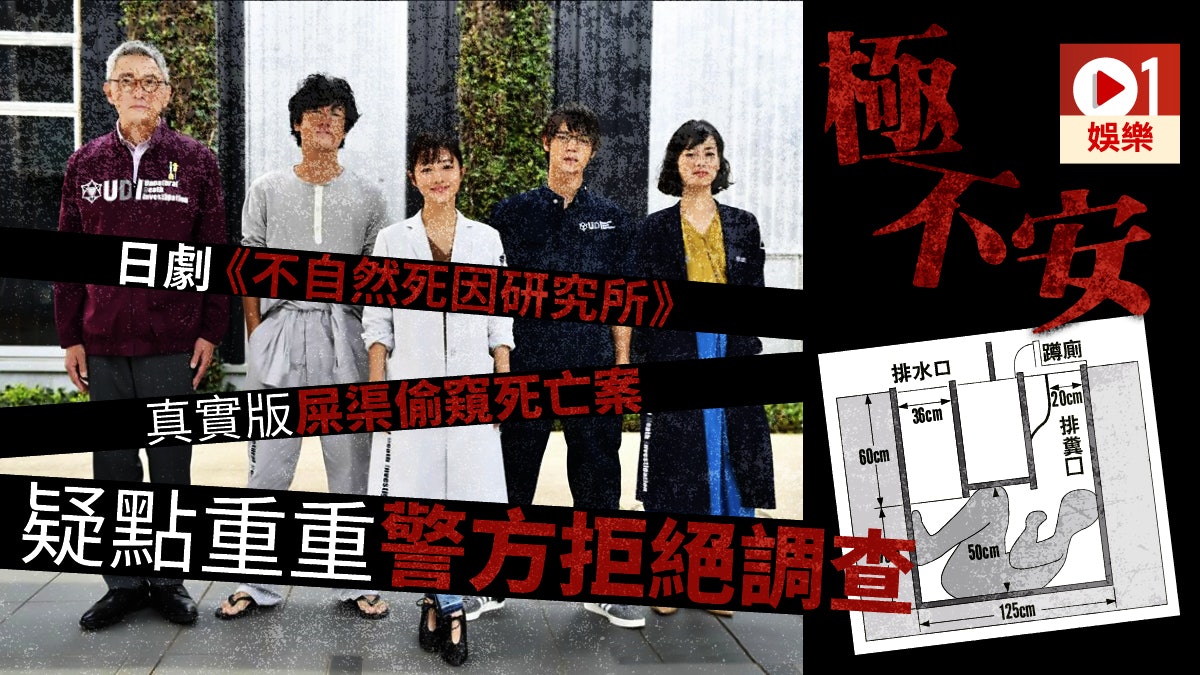 In the eyes of the police, Naoyuki is a pervert who likes to peek at women, however unless he has another obsession with trash like feces, urine, there’s no reason for him to get into a toilet pipe for peeking. After all, the most basic feature of a perverted stalker is to always track the whereabouts of the person being followed, he dares to throw himself into the manure pit without knowing that the female teacher has returned to her hometown. This is extremely absurd.

Of course the possibility that Naoyuki is a pervert and loves smelly things and knows that his subject has returned to his hometown is quite possible but the odds are extremely low, and getting into the pipeline What he asked for now was just to enjoy the scents he liked. But now we see a few things that make no sense.

First, before going in, Naoyuki certainly knew the size of this type of tube and had to prepare some props such as lubricant, but in reality Naoyuki didn’t bring anything. Second is the matter of temperature, hog data, the average temperature in Fukushima Prefecture in February (time of the incident) was around 2 degrees Celsius, and there are also reports confirming that there has been snowfall in the village Toro during the time of the incident, and the thickness of the snow was as high as 20 cm. In such an environment of cold weather, it was difficult to explain why Naoyuki chose to take off her shirt to reveal her body.

Furthermore, since it was impossible to determine when the subject of being watched would appear, if Naoyuki intended to wait in the pipeline it would take at least a few hours (actually, Tanaka Yumi appeared dozens of hours after her death). his to go to the toilet). But when he left the house, he did not reveal the meaning of this going out will take a long time, he just said softly that I went out, the car parked in the parking lot did not even bother to pull out the keys, the This link only represents flash behavior, not waiting for the target to appear.

Finally, the shoe details, as mentioned in the previous post, the female teacher saw the shoe before discovering the body, but it was only one, the other was found by the police. near the river, a few hundred meters from the scene. So if he ran to the river and took off a shoe, and then walked barefoot in the thick snow to get to the crime scene and start peeking, it would be completely unrealistic.

The existence of this shoe also led to another conjecture: Was Naoyuki avoiding some kind of threat that had to enter the tunnel and was unfortunately killed?

This statement could indeed explain why a shoe appeared hundreds of meters away from the crime scene, but I think the probability is also extremely small. Because according to normal logic, no one would choose such a dead end place to hide. If someone is chasing you, you should run away on a crowded street, good visibility, easy to call for help.

And even if you have to hide in the toilet pipe, ordinary people will put their feet in first, on the one hand can use their head to check the situation outside at any time, on the other hand can easily crawl out.

Therefore, it can be ruled out that the victim’s deaths were due to accidents, so now there is only one possibility that Naoyuki was murdered.

When this case is determined to be a murder case, there will be a number of questions that need to be answered: How did the killer manage to get Naoyuki into the toilet pipe? What is the killer’s motive? Who is the identity of the killer?

Police said the pipe was narrow and difficult to enter without relying on the victim’s own will. This is not entirely unreasonable, because when the police found his body stuck in the pipe, some criminal police tried their best to pull the victim’s body out but couldn’t, so they had to Dig the whole pipe with excavator.

However, when the police found the body, Naoyuki had been lying dead for dozens of hours, the cold weather at that time made the body fall into a state of tension, at this time it was really difficult to pull the body out. But when Naoyuki was alive, was the pipeline really that hard to reach? And the answer as well as the clues about the killer will be revealed in the next part of the article.