In experiments with mice and hamsters, Omicron caused less severe disease, usually confined to the upper respiratory tract: the nose, throat, and trachea. This variant is less harmful to the lungs while the former often causes damage to the lungs and severe shortness of breath.

Back in November, when the first report of the Omicron variant was published in South Africa, scientists could only predict the difference in how it behaves with other variants. All they know is that Omicron is a peculiar and alarming combination of more than 50 genetic mutations.

Over the past month, dozens of research groups have observed the new pathogen in the lab, introducing Omicrons into cells in petri dishes and spraying the virus into the noses of animals. While the number of infections spiked, hospitalizations increased only slightly.

Early patient studies suggest that Omicron is less likely to cause severe illness than other variants, especially in vaccinated individuals. However, those findings come with a lot of caveats.

Many studies have shown that the Omicron variant causes milder disease than previous variants. Photo: Reuters

Animal experiments can help clear up these ambiguities because scientists have the opportunity to test the Omicron variation on identical animals living in identical conditions.

More than half a dozen experiments published in recent days all point to the same conclusion: Omicron causes milder disease than Delta and earlier variants of the virus.

On December 29, a series of Japanese and American scientists published a report on hamsters and mice infected with the Omicron variant or one of the earlier variants. According to the study, animals infected with Omicron had less lung damage, less weight loss and less risk of death.

Many other studies have come to similar conclusions. The reason why Omicrons cause milder disease may require anatomical explanation. 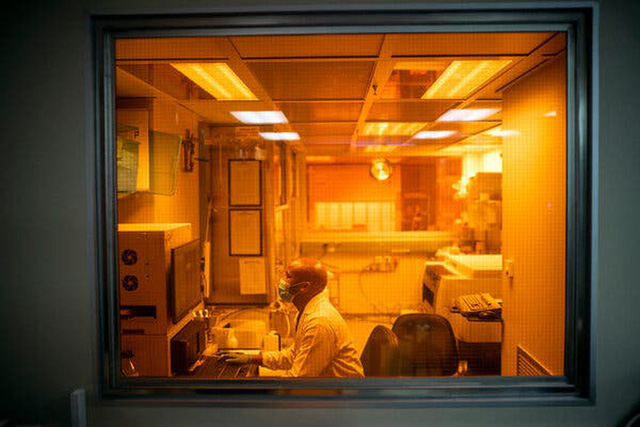 Omicrons cause less damage to the lungs than other variants. Photo: AP

Researchers at the University of Hong Kong also made similar findings. They studied tissue samples taken from human airways during surgery. In 12 lung samples, the researchers found that Omicron grew more slowly than Delta and other variants.

Many cells in the lungs carry a protein called TMPRSS2 on their surface. This protein may inadvertently help the transmitting virus enter the cell. However, Dr. Ravindra Gupta, an expert at the University of Cambridge (UK), and his team found that TMPRSS2 does not adhere well to Omicron. As a result, Omicron does not infect lung cells as quickly as Delta. A research group at the university also reached the same conclusion.

Dr Gupta speculates that Omicron evolved into a variant that specializes in the upper respiratory tract, which thrives in the throat and nose. If this is true, it will easily spread to the environment via droplets and enter a new host.